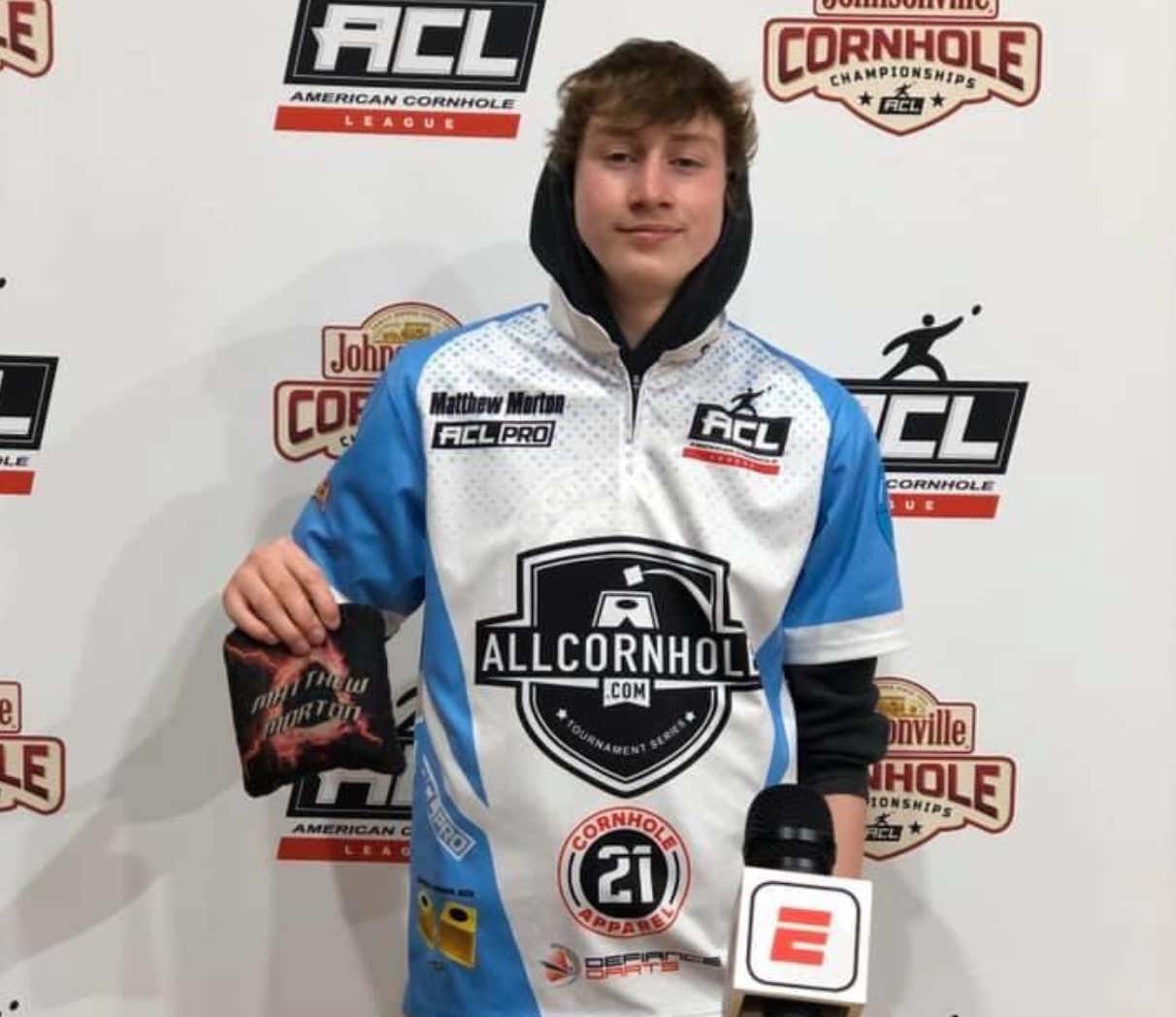 There's going to come a day approximately 20-30 years down the road when you're going to want to tell your kids or your grandchildren what it was like to be able to watch Matthew Morton toss bags. Trust me, you're not going to want to be the idiot who tells them "well actually, I don't remember much of this legend's career because I was a stupid fucking idiot and I didn't watch televised cornhole even when most pro sports were postponed due to a global pandemic". Imagine someone having to tell their kids now that they didn't know what Michael Jordan was like in his prime because they didn't watch. That's what we're witnessing here with Matthew Morton, folks. Just look at this sick son of a bitch going to work in the finals of this past weekend's qualifiers for the 2020 ACL Pro Invitational.

12 bags up, 12 bags in the hole. Just a quick perfect game in the finals to send him to July 4th in Philadelphia for the Pro Invitational. And here's what makes that perfect game even more cold-blooded. The Noyes/Youmans team needed this miraculous shot just to have a chance to win their semifinal matchup.

Down by 1 point in the 10th and final round. Henderson and Hissner had 1 bag in the hole, 3 on the board. Noyes/Youmans have 2 on, and one bag off the board. So it comes down to the final bag to pick up 5 points and send the game to overtime. And with a trip to the finals on the line, Andrew Noyes airmails and drags one of his own bags in for 7 on the round. They head to overtime and take the win. You'd think that destiny would be on their side after a shot like that. But Matthew Morton doesn't give a damn about destiny. Matthew Morton creates his own destiny and he simply does not give a single heck about anybody who stands in his path. So while that shot from Noyes was clutch, all it really did was give him the honor of getting spanked by Matthew Morton in the finals.

Oh and just imagine how sick this kid is going to be once he's legally allowed to drink? Everybody knows your cornhole game gets exponentially better after you've had 2 or 3 in you. So if you think Matthew Morton is already the most dominant athlete on the planet (which he is), the scary news is that he's only going to get better.