Earth is a fucked up place. We all know that. What we all didn't know is that we have a few little known parts of earth that could be considered another planet or fucking Hell they're so fucked up. Go ahead and watch the video above and tell me that's not some otherworldly planet, you can't. I mean, look at the fucking place: 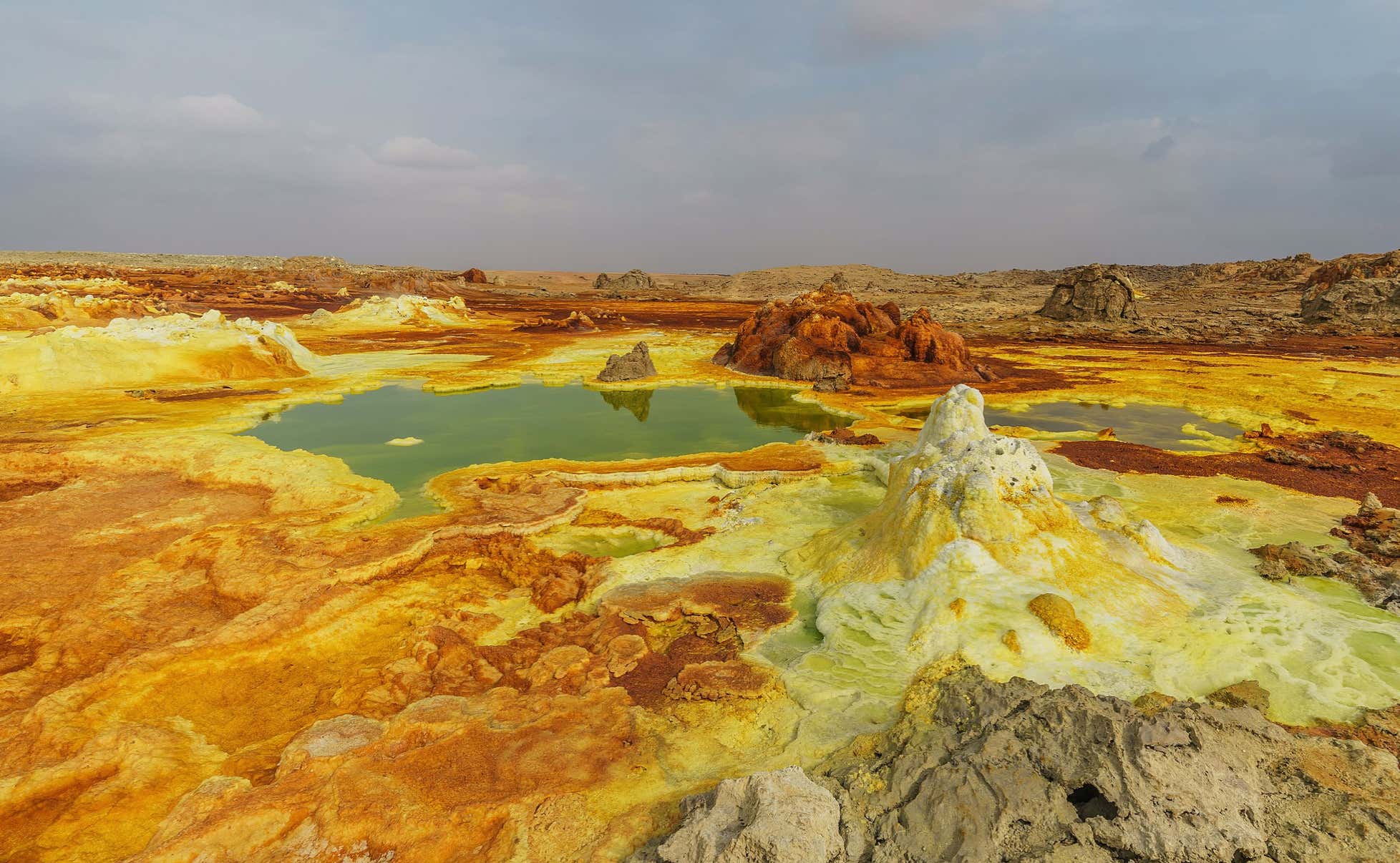 This is a picture of the Danakil Depression. The Danakil Depression is about 450 feet below sea level in NE Ethiopia and was formed after a volcano erupted and spewed magma into salt pits however long ago. A little bit of chemistry here and a little bit of chemistry there and boom, you have basically entire ponds and lakes of sulphuric acid that will burn your face off like in Terminator 2. Scientists are studying the Depression now to see how life might live on other planets. That's how fucking desolate and lifeless this place is (ironically enough)

The air is so toxic you can't even travel there without a mask in some parts of the depression anymore. Entire villages had to get the fuck out of the area because the land was unfarmable and the air unbreathable. Here's a picture of the Dallol ghost town:

It's also the hottest place on the planet (shocker!) with an average temperature of about 95 degrees and peaking out at about 116 degrees as a monthly average. The place is literally hell on earth, and that said, I kinda wanna go there and see what all the hubbub is about. Just throw on a gas mask, hop on a camel and see what it has to offer. I wouldn't last 2 seconds before I was bitching about the heat and dry air, but I like to think I'd enjoy spending time in such a desolate place.

Here are some more videos for you, because I know I've piqued your interest: