I was back in the US when the coronavirus first came on the scene in China, and figured it was probably best to stay put. Then the coronavirus blew up in the US and China closed its borders to all foreigners. Long story short I've been paying rent in both Shanghai and the US all quarantine (besides the 12 days a rando on twitter named "Porno Dave" sheltered me in the Bahamas). I've justified the double rent by telling myself I'm just paying rent for one nice apartment in Manhattan. Then I realized I'm an idiot and should just put my Shanghai apartment on Airbnb. My girlfriend was reluctant seeing most of our belongings are still there but I assured her the vast majority of humans have morals and won't fuck with our stuff. Plus my other friends who do Airbnb in Shanghai have never had problems. She eventually agreed and we had a few people book the place who each stayed for 2-3 nights. Our Ayi (means Aunt in Chinese but also means cleaning lady) would come and clean before and after every guest. Everything was going swimmingly...until this devil in a dress came along. 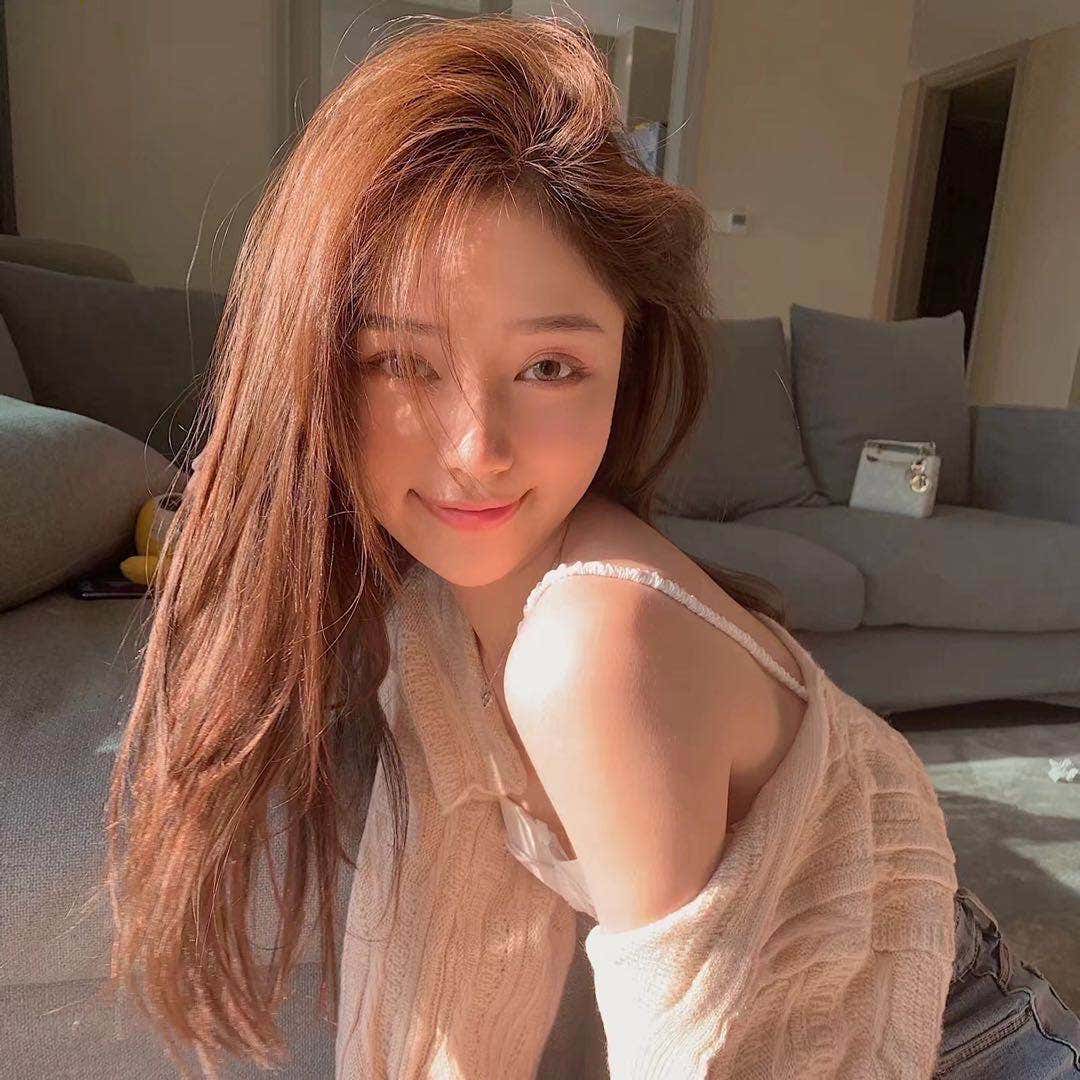 She booked the place for 4 nights. First red flag was when she yelled at my cleaning lady for not coming after the 2nd night. 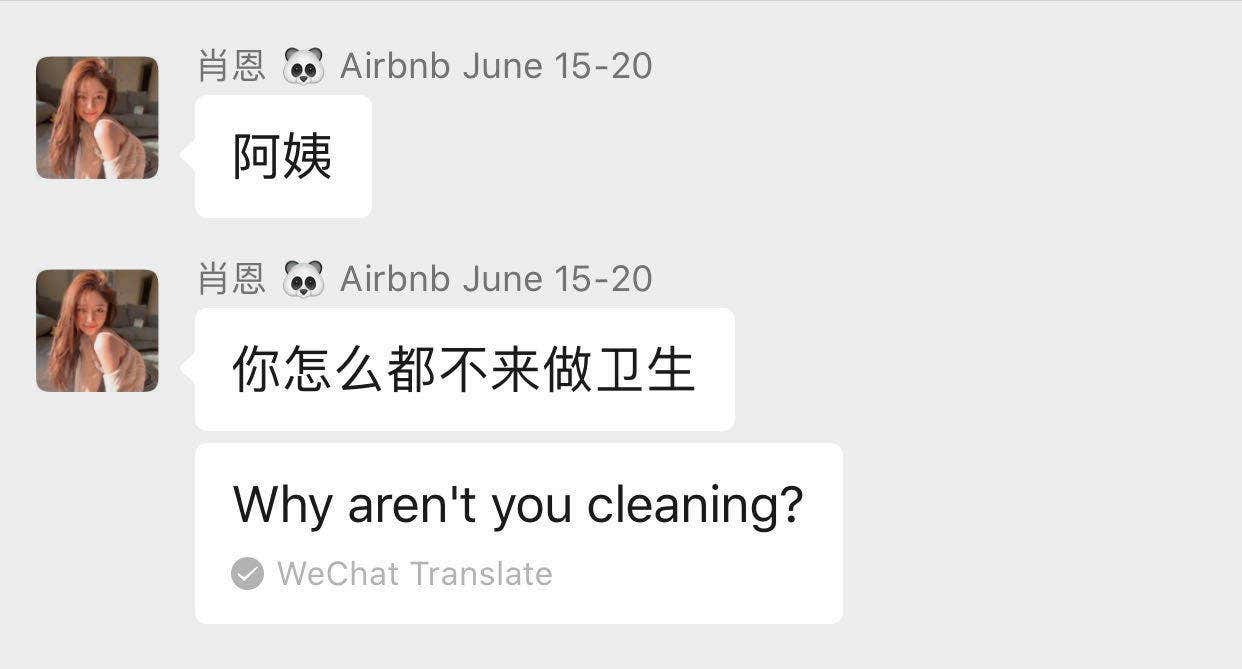 Listen lady this isn't a hotel. There isn't room service. The place gets cleaned before you come and after you leave. Whatever though, I can deal with spoiled house guests coming to terms with what Airbnb is.

Next she asked if she could extend her stay for two nights. Ok not a problem we told her. Just book through the Airbnb App. She refused and wanted to pay us privately. My girlfriend explained to her that we're not in the country and it's much easier for us if she just pays through the App. This is when she goes radio silent. We messaged her a bunch of times to confirm whether she was staying the extra two nights and got crickets. After a couple days we send our cleaning lady over to clean the place and get it ready for the next guests. She said there was a trail of trash leading up to our apartment. When finally got in, she walked into a war zone.

and a bunch of angry neighbors. 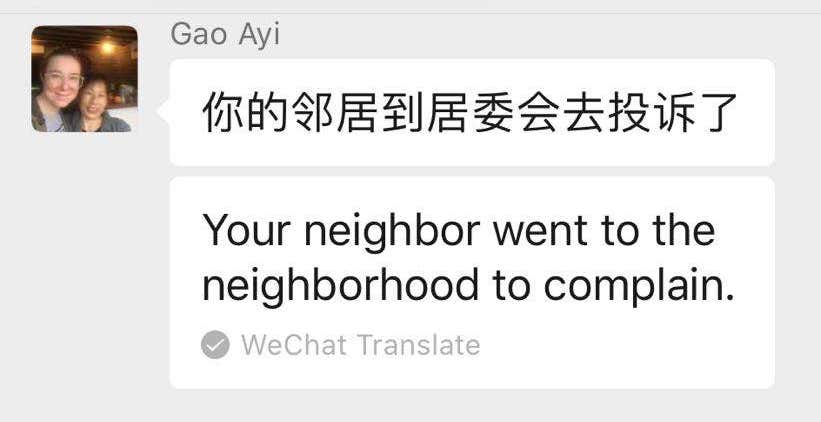 This was the first photo my Ayi sent me.

You might be confused as to what you're seeing in this photo. I know I was. Welp, turns out that's a pile of partially smoked cigarettes she left on our floor. Cigarettes she had ashed on our couch. 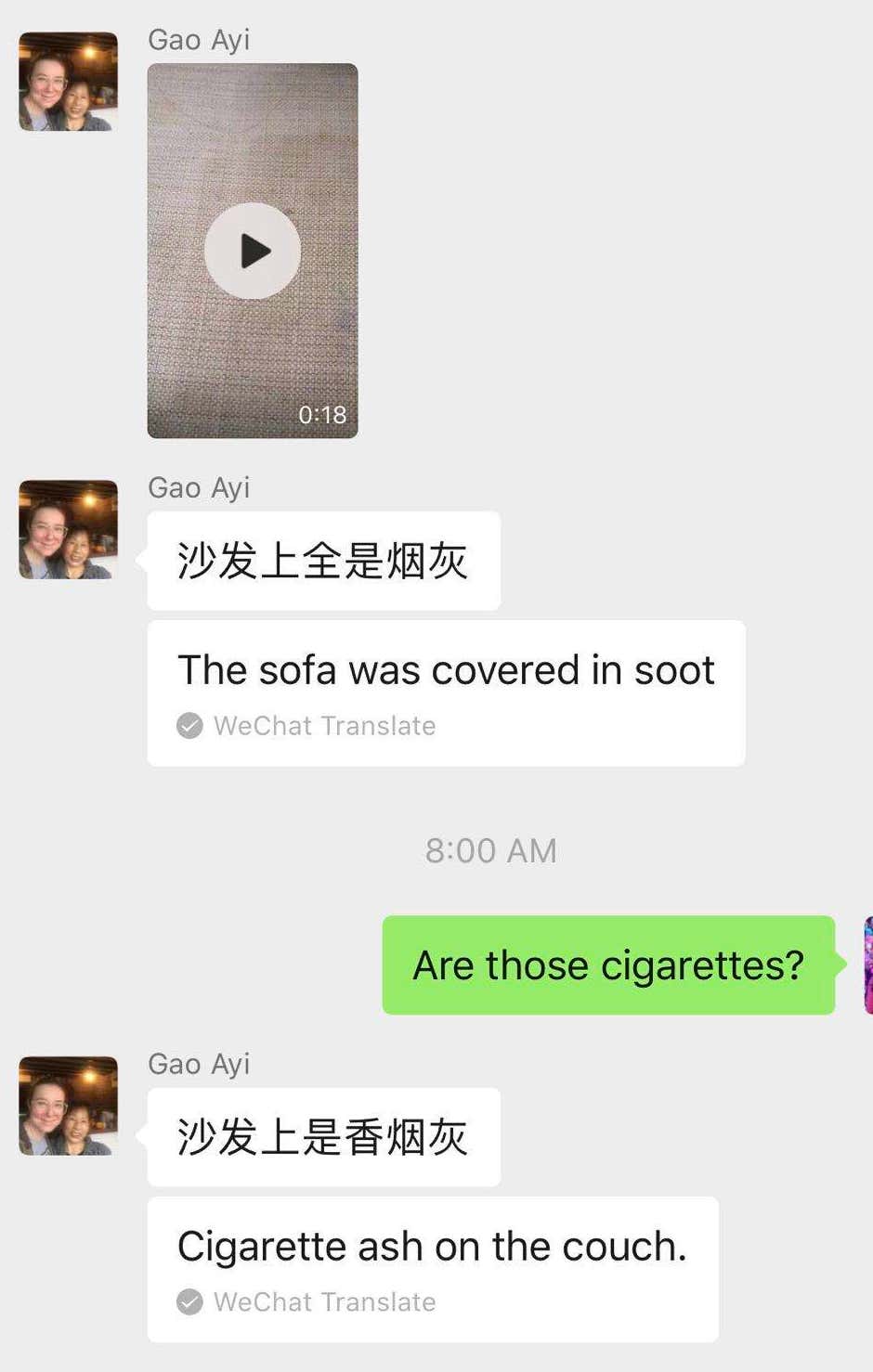 Listen I have extremely low standards for cleanliness. If she left my apartment smelling like cigarettes I can't say I'd be happy, but I'd be willing to let bygones be bygones. The smell goes away after a couple days and It's not like I'm gonna be living there again anytime soon. But leaving a pile of cigarettes butts on the floor and ash all over my couch is a level of disrespect that at least warrants an angry blog from me. It gets better through, look what else she left. 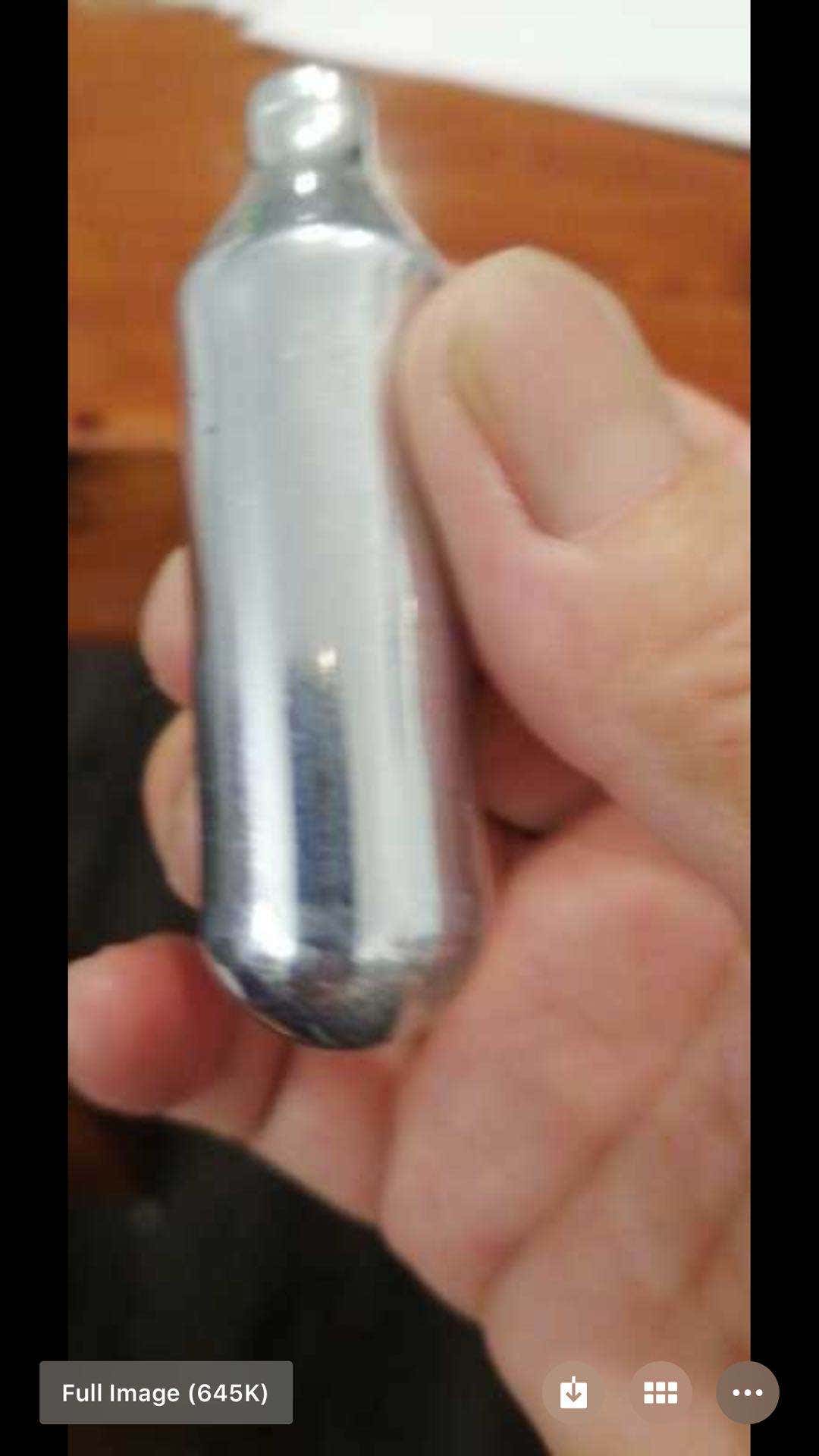 If you don't know what this is, pat yourself on the back for not being a full blown degenerate. Thats a small canister of Nitrous Oxide which one uses to take "whip-its". 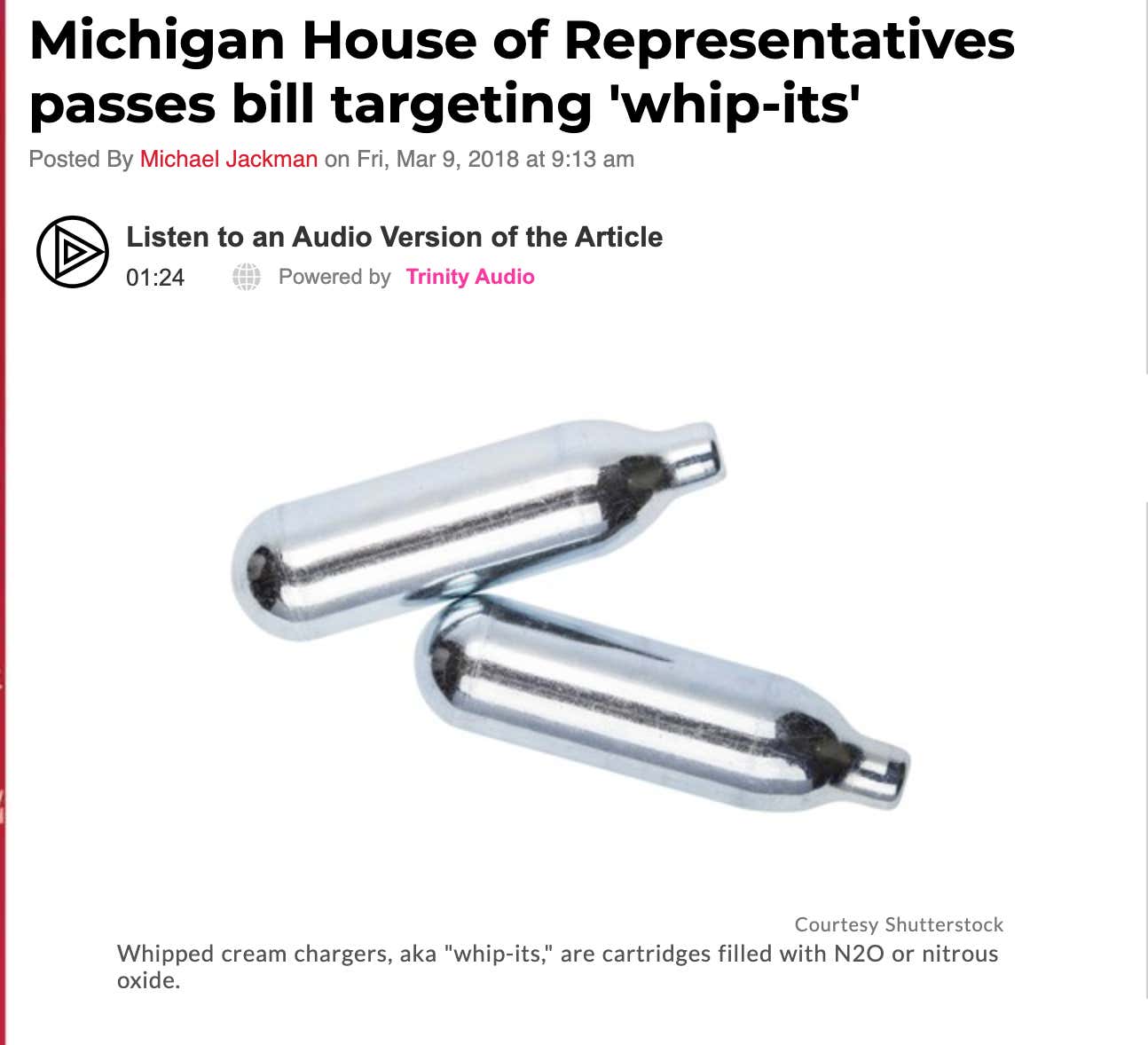 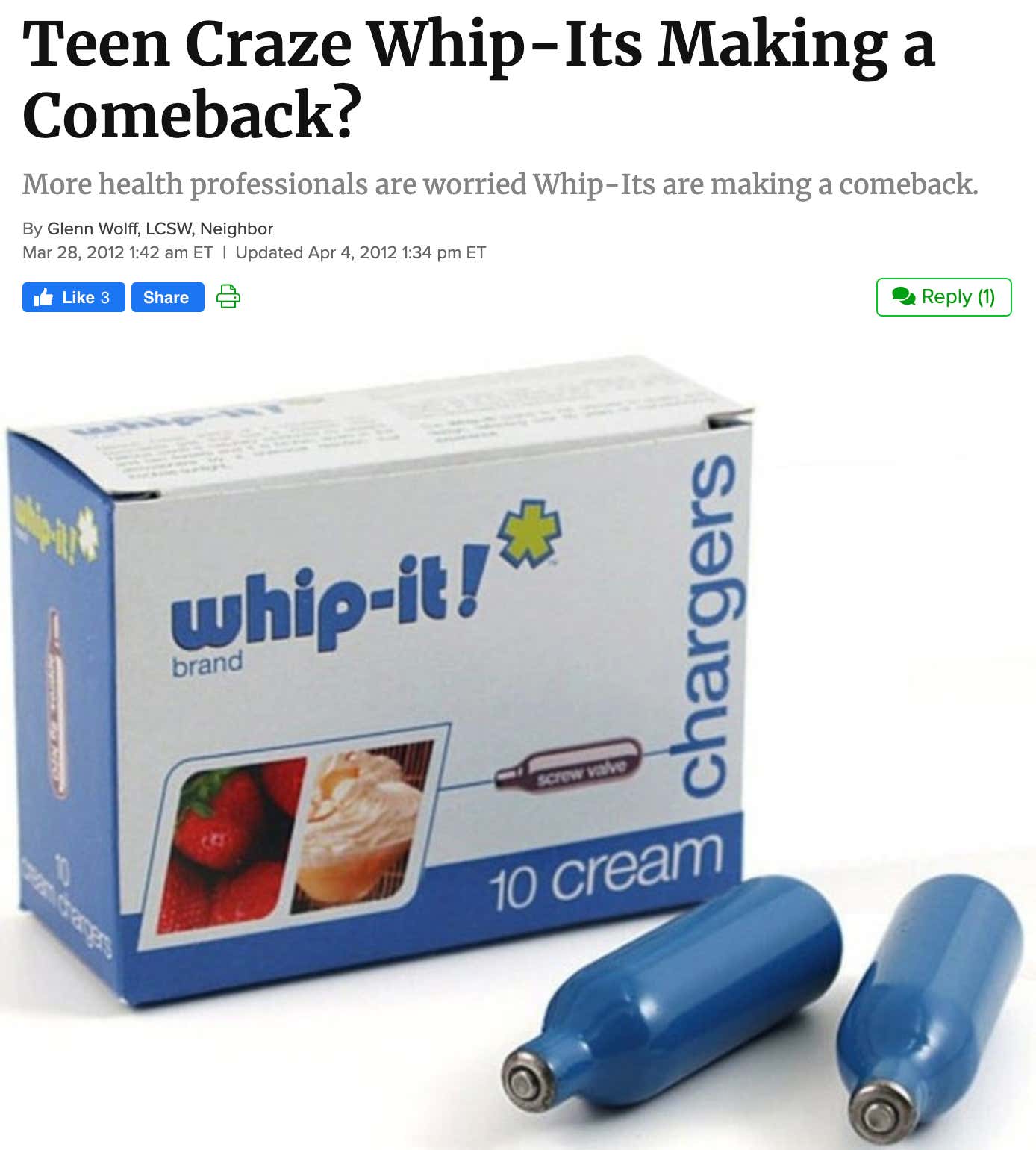 Basically you inhale one of those canisters and you get high for 30-45 seconds while simultaneously murdering a bunch of brain cells. If you've ever been to a Phish show you've probably seen people huddled around a giant tank of Nitrous Oxide trying to get their next hit of "hippie crack". Apparently it's now the drug of choice amongst rich chinese youth as well.

Also, she gave the key to our apartment to her friend who I guess will now be mailing it back to us? 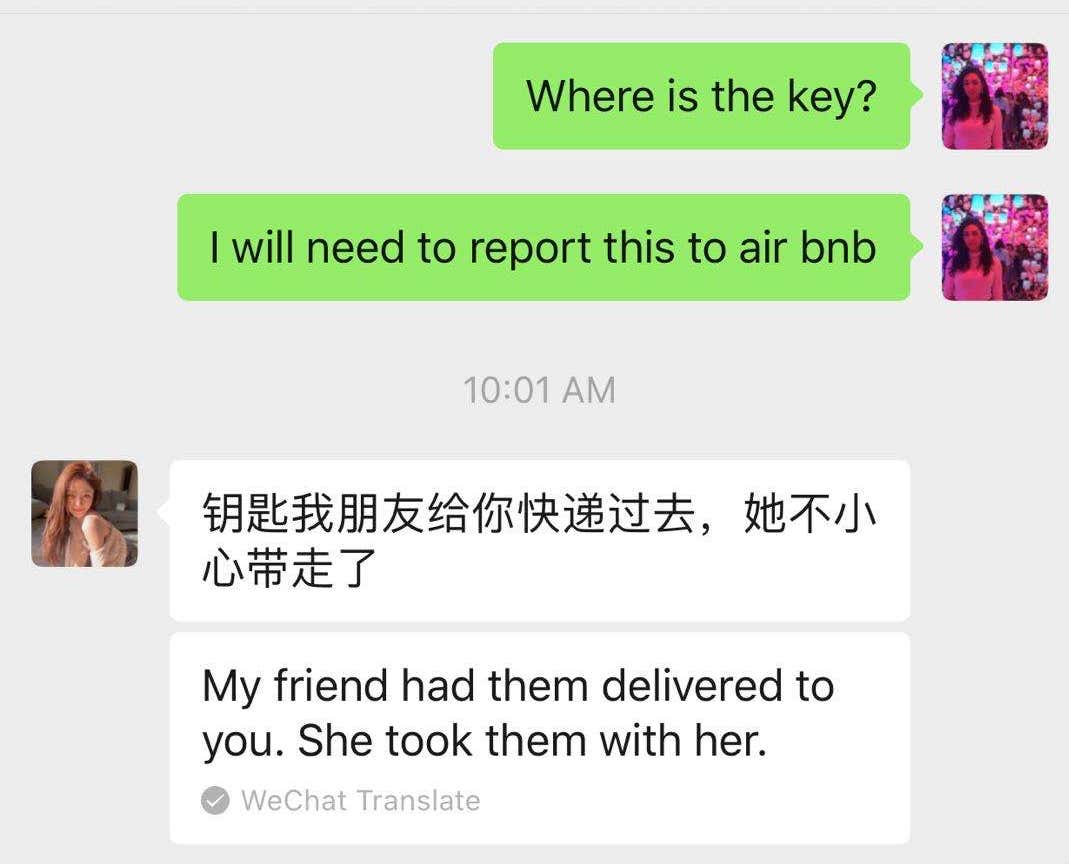 So let's review. She illegally overstayed in our apartment for two nights without paying a dime. Threw a "whip it" party in our apartment. Used the apartment like an ash tray/garbage can. Infuriated all of our neighbors. And then took our key.

What was her response when my gf complained? 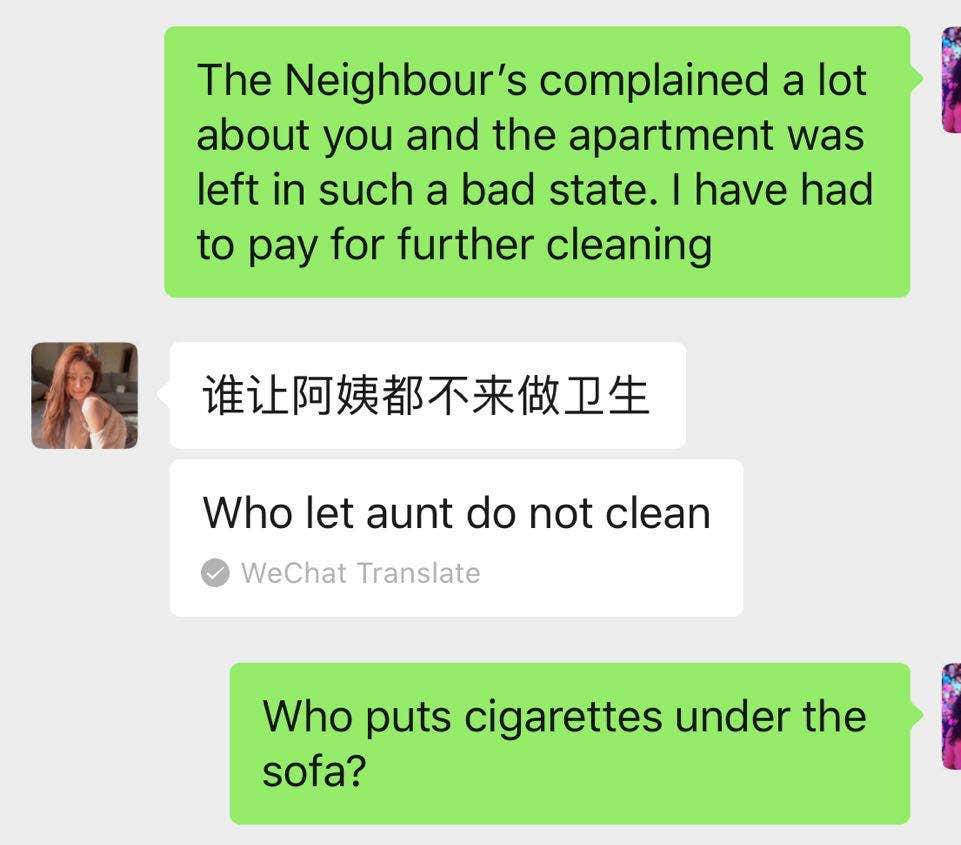 WHO LET AUNT DO NOT CLEAN…

Let me translate that for you. By Aunt she is referring to my Ayi (auntie/cleaning lady in Chinese) so what she is trying to say is "Why don't you just make your cleaning lady clean it up?"  HEY, I ask my Ayi to do a lot. The laundry. The dishes. Make cameos in my videos.

What I don't ask her to do is deal with the the fallout from some Airbnb rando trashing my apartment. Especially when that entails picking up half smoked cigarettes off the floor. So ya, this whole ordeal has me heated and I appreciate you guys taking the time to listen to my vent. Also, I'm man enough to apologize for calling my airbnb guest the "W Word" on twitter, but after reading this entire blog, it's kind of warranted right?

P.S. I'm not writing this blog from my moral high horse. I've definitely thrown parties in AirBnb's in the past but honestly all it takes is for everyone to do 30 minutes to an hour of cleaning before checking out and the place looks as good as new. My airbnb reviews are flawless. This girl must just be suffering from a severe case of "affluenza" where the mere notion of cleaning up after herself (or using an ashtray) is ludicrous to her.