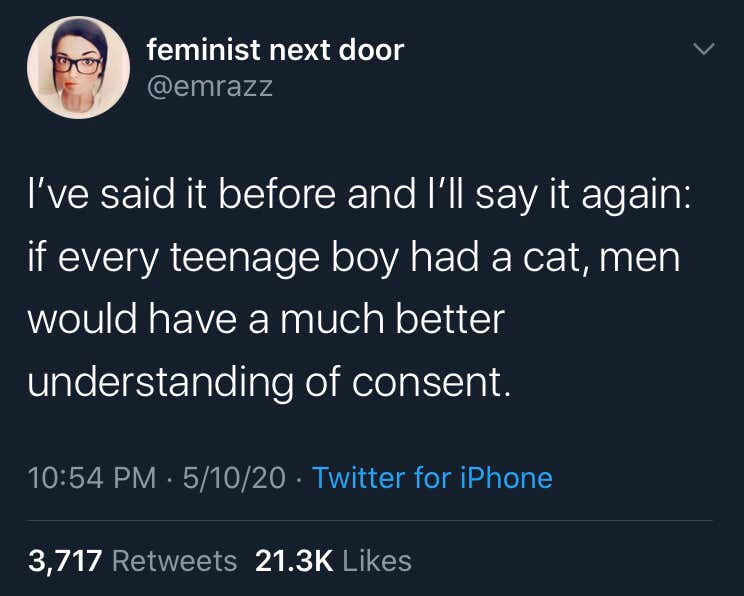 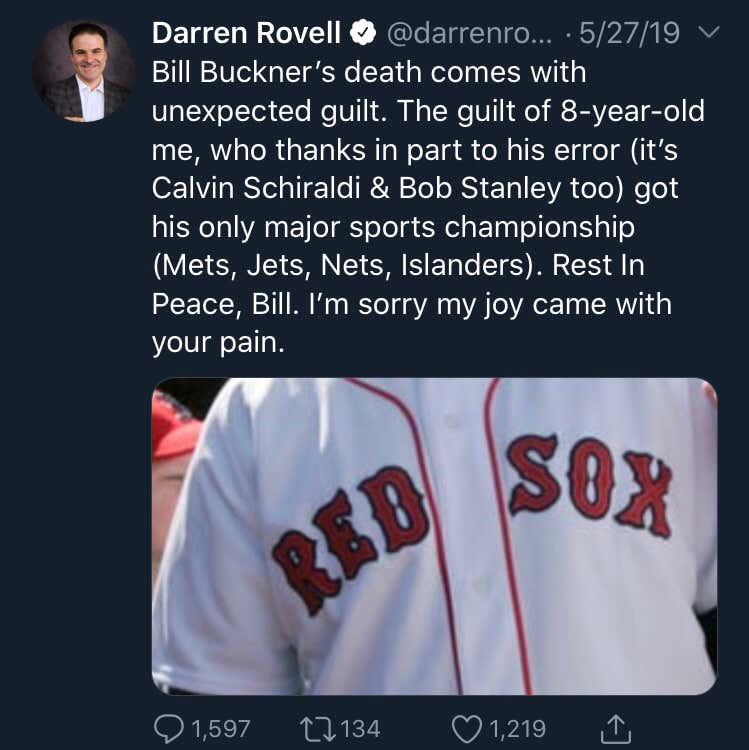 One of my favorite things about present-day Twitter is that instead of publicly sharing putrid thoughts in the form of 140-280 character tweets, people now feel the excessive need to expound on their god awful opinions in the form of novel-length threads that read like self-committed HIPAA violations. Which is actually awesome and way more entertaining than any modern stand up special or sitcom. Nobody ever pays or asks them to turn a memo into a mein kampf, but they still do it, strictly out of an unconditional love for the game and a brain that's been washed to the cortex by the delusional perception of reality brought to them from years of Twitter addiction and having their timelines textually harassed by equally unstable animated avatars and balding blue checks. And the best part is that every once in a while, one of these knights in shining armor or fearless captains of the S.S. RI will come out of the woodwork to rescue you from an oppression or affliction you never even knew you faced. 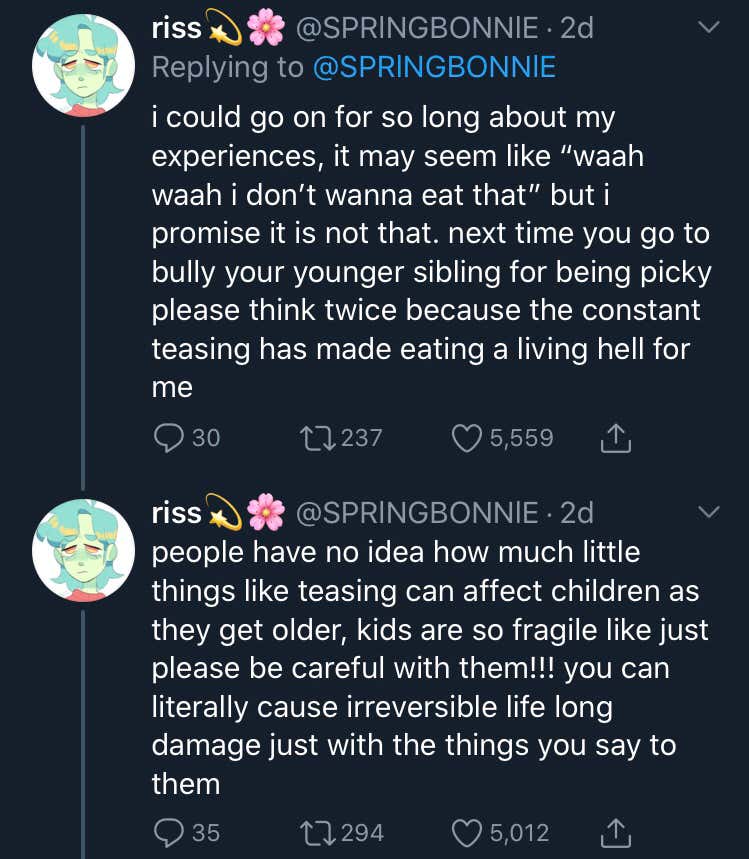 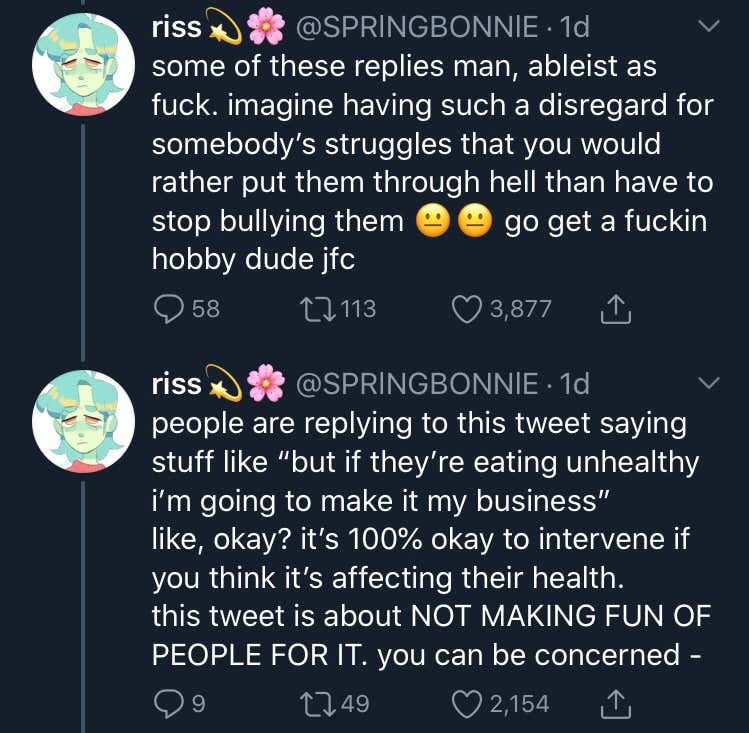 For example, up until this past Sabbath, I never would've even guessed I was the helpless victim of this viral scenario. In retrospect, as early as I can remember I was getting teased and ridiculed for my stubborn palate and malnourished physique. "Are you sure you don't want anything to eat?" and "We actually have plenty of food" would echo from the condescending mouths of my toxic “friends” and their parents as I spat in a Propel bottle while attempting to cut to 55 pounds for the upcoming weekend's peewee wrestling invitational. 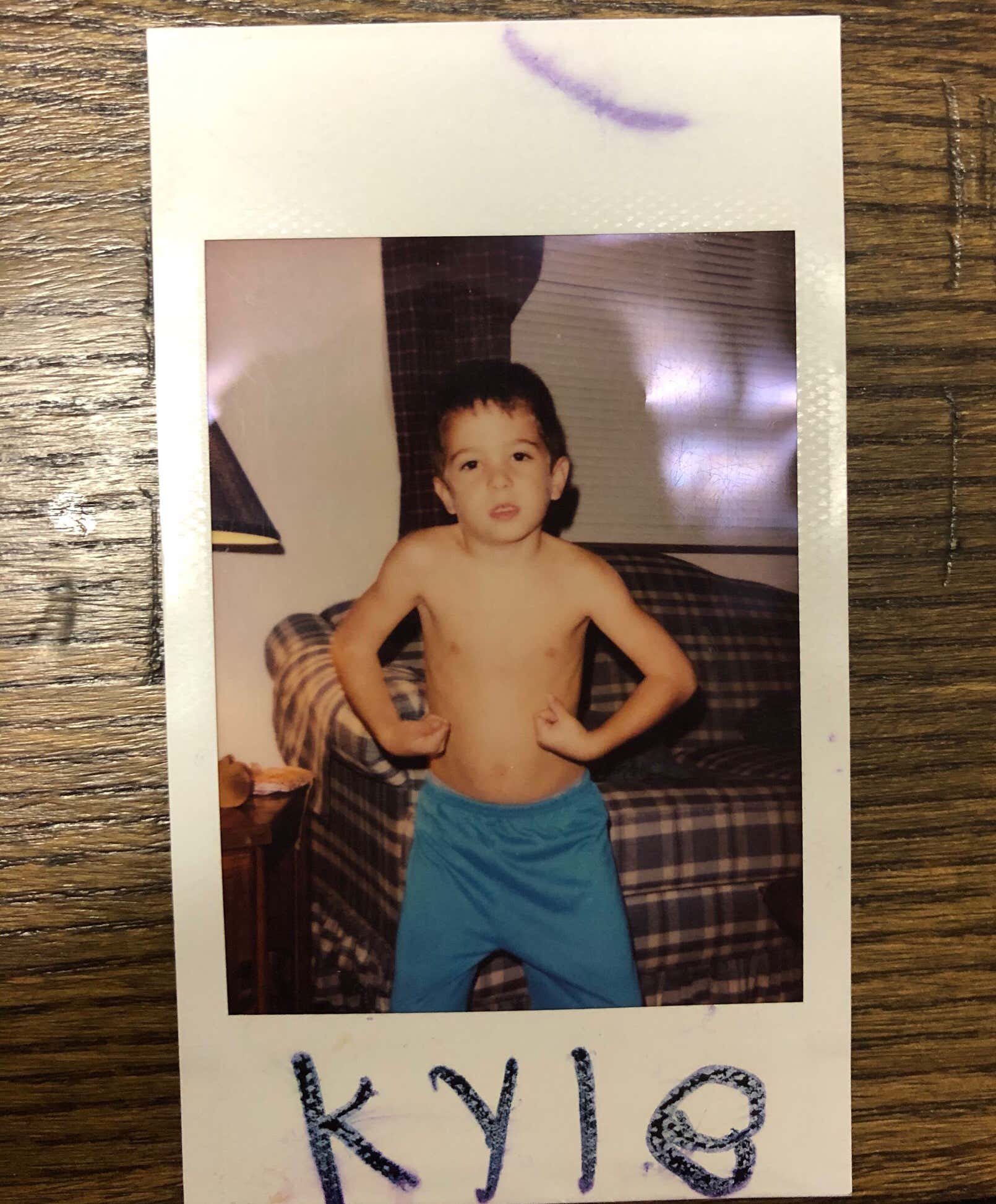 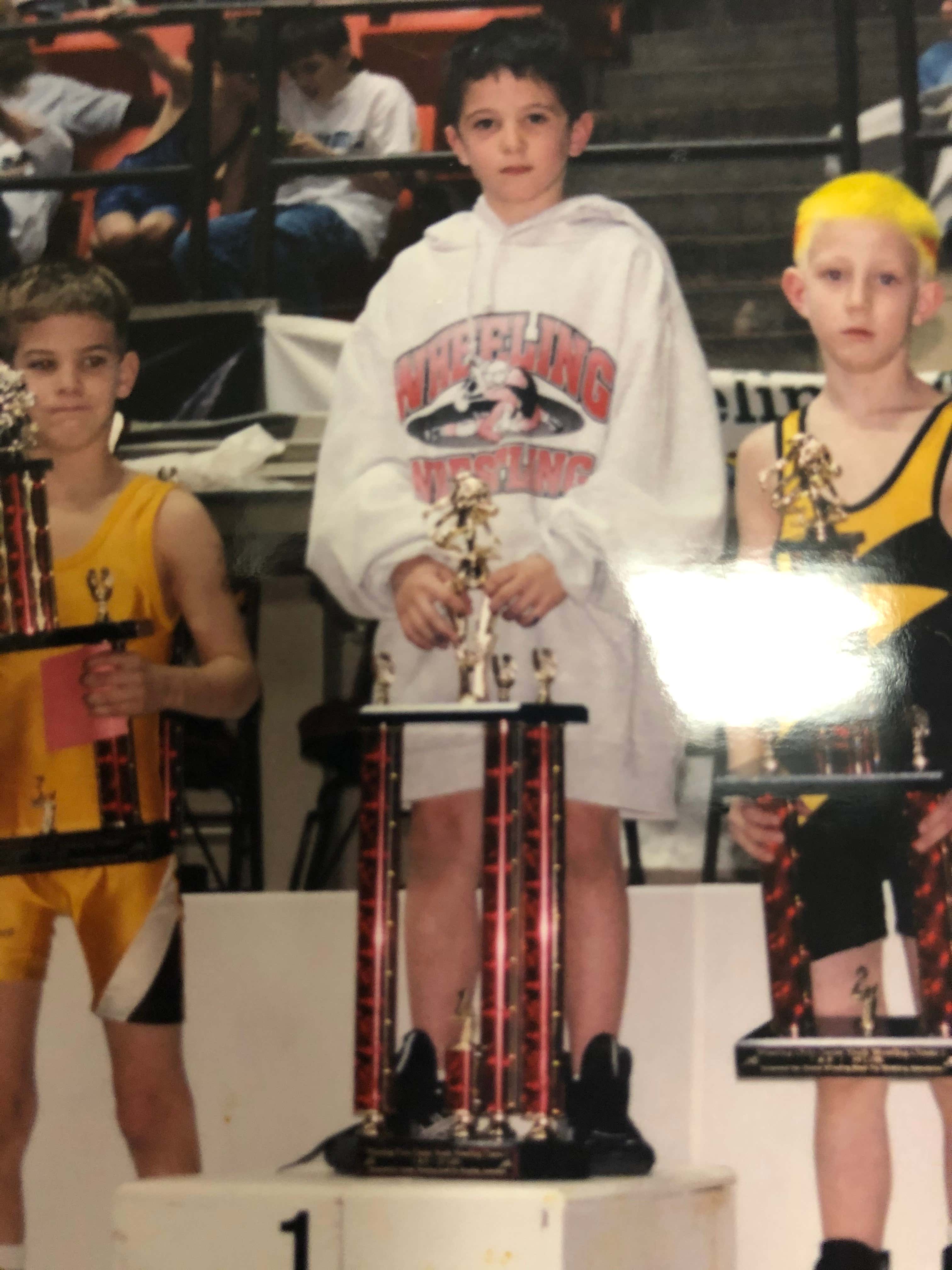 Little did I know that their constant jeers and wise cracks were actually causing irreversible life-long damage to me while simultaneously stunting my emotional growth. Looking back, it's no wonder my eyes were so dead at such a young age. No amount of glory or youth wrestling trophies could make up for the mockery I faced for being a p**** eater: something I had absolutely no control over. 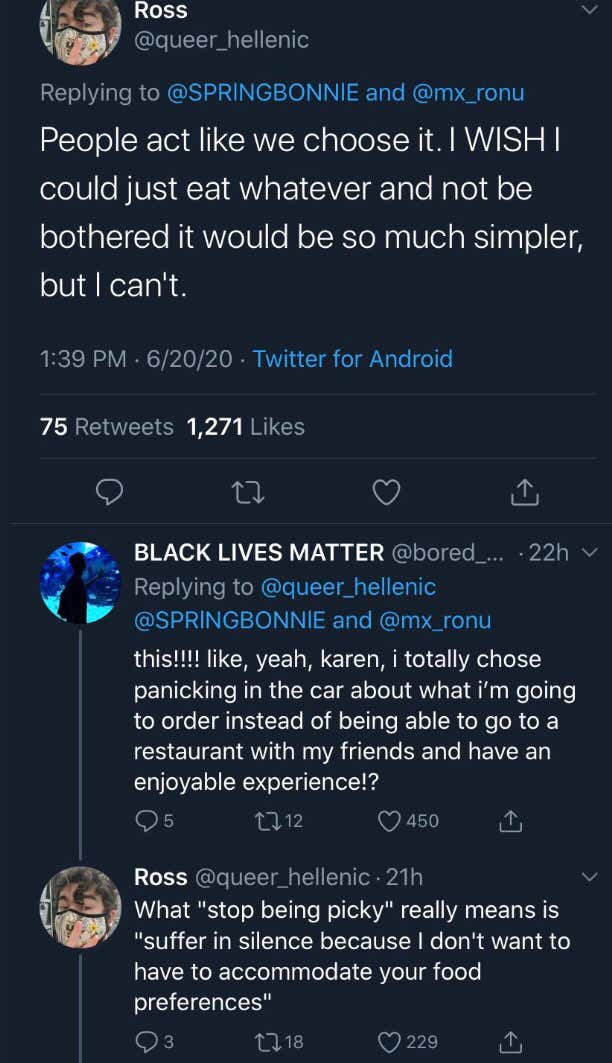 I’d hate to admit this, but I was furiously jealous of the face-stuffers and gourmands in my life, no matter how disgusted I was by their eating habits and attitudes. I'll never forget this one characteristically obese boy in my 3rd grade class with Prader Willi syndrome. Due to his hyperphagia, kids in the cafeteria would have little to no trouble persuading him to eat even the most repulsive combinations of strawberry milk, imitation cheese sauce, and buttermilk ranch dressing after he finished his lunches. While I suffered in silence, he was winning over an audience of awe-struck fans. I envied him with the intensity of a thousand John Does for the way his taste buds knew no aversions and he could effortlessly work a crowd while eliciting uncontrollable laughter from our peers. As an aspiring self-proclaimed internet comedian, seeing him likened and compared to the top supporting child actors from films like Stand by Me and Bad Santa, while I struggled to even nibble on a single Hostess fruit pie or pickle spear, was a gigantic gut punch. He reminded me of the award-winning pumpkin in my front yard as a child, in the sense that he always stole the spotlight from me in social situations and was shaped like it. 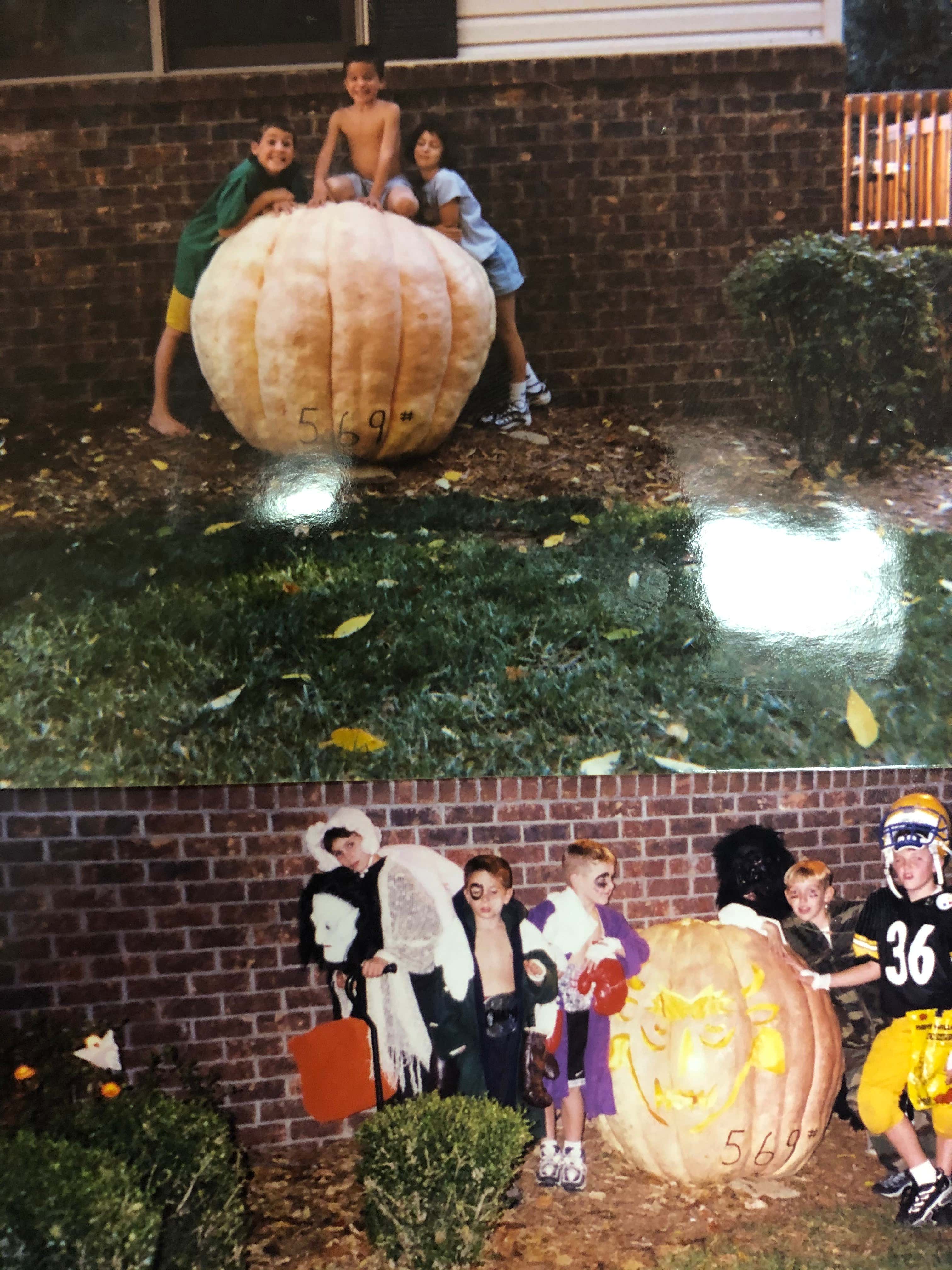 Every night after falling asleep to the gluttony scene from Se7en, I'd dream of one day getting revenge on that fictional classmate and my other ableist counterparts who had the privilege and capability to eat all types and textures of food while looking down on me. Maybe it wouldn't be in the form of force-feeding them to the point of internal hemorrhaging, but I was determined to make them regret criticizing me for skipping meals or ordering chicken tendies at high-end restaurants. 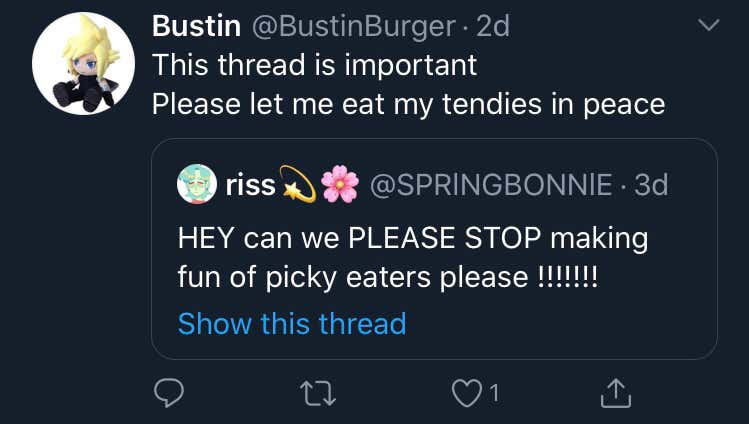 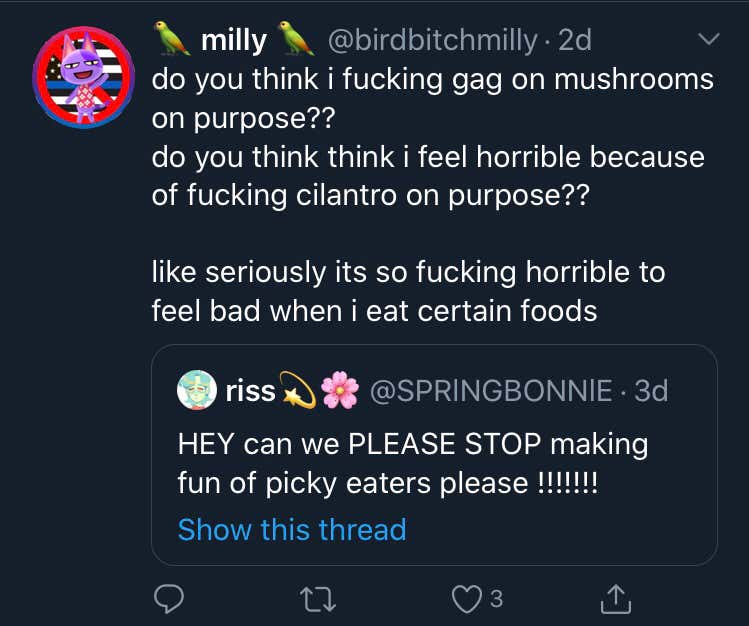 It wasn't until I started my gig at Barstool in 2018 that I finally felt accepted. It was a breath of fresh air watching Vibbs cut the bagel off his sesame seeds before eating breakfast, and witnessing Mantis make a day out of his McDonald's hash brown. As a fellow picky eater, I finally felt like "one of the guys" when I'd see Nick remove the crust from his egg salad sandwich with his lucky surgical scalpel, or Brandon remove the excess grease from his Papa John's double bacon pizza with his mouth. Even on business trips across the country, it was comforting to find out that my own boss had an appetite that was almost as suppressed as mine. But no matter how normal I feel around my current colleagues, nothing will ever make up for the years of abuse and humiliation I endured in the form of lighthearted scoffs and quips about my reluctance to eat mushrooms and sauerkraut. I guess at this point I just hope I can make the world a better place for my future children. 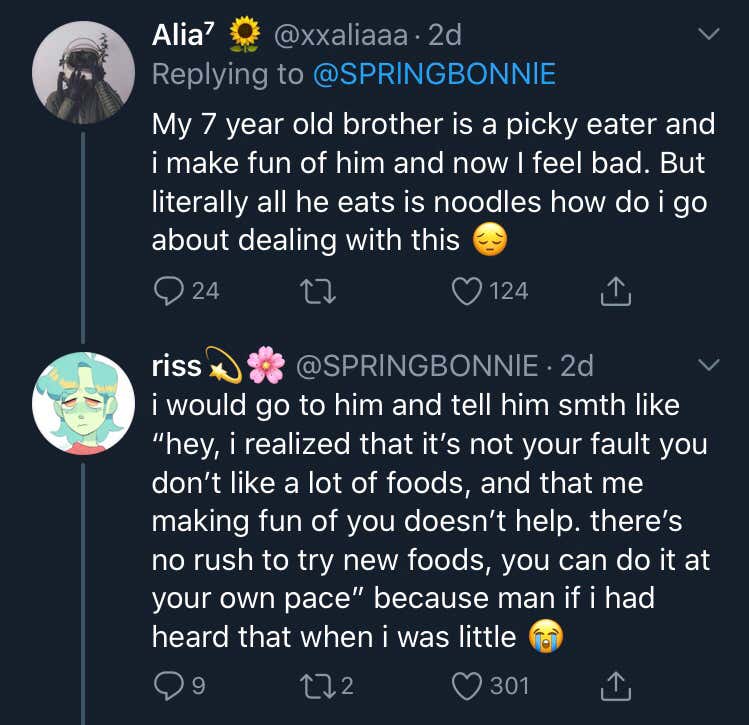 Even if it means letting them die of rickets at an extremely young age.