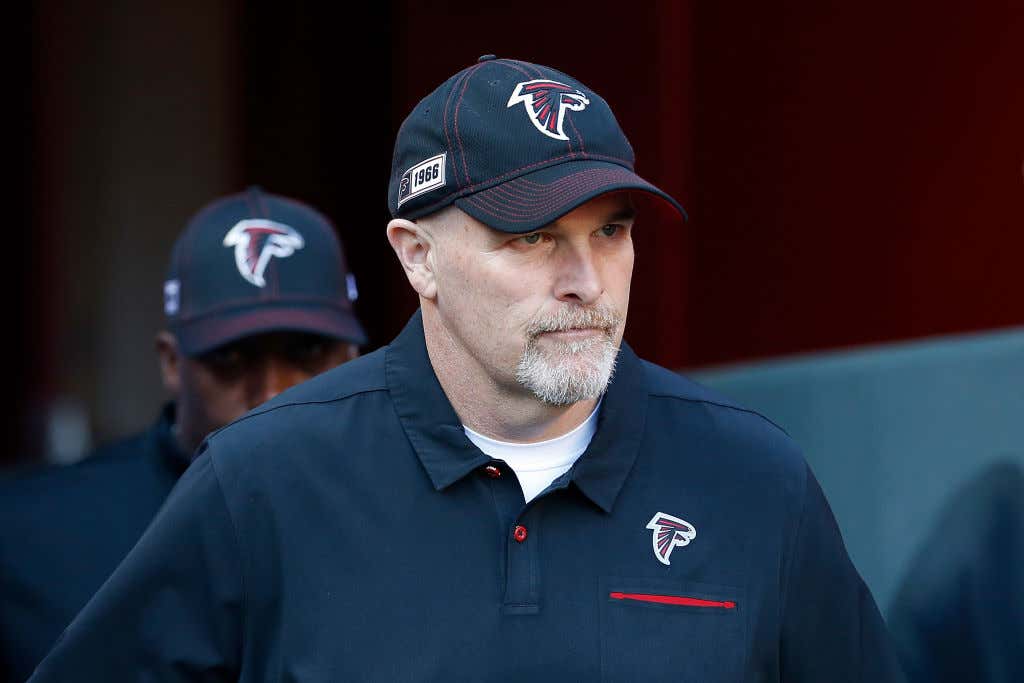 Pro Football Talk — Falcons coach Dan Quinn told Albert Breer of SI.com that he got some good advice from Saturday Night Live star Kenan Thompson on how they could improve their virtual offseason, which cause him to change the way he approached it.

“Trying to do comedy online is hard,” Quinn said. “They’d done a Saturday Night Live from home. And so we’d asked, ‘What’s hard about it?’ He goes, ‘You don’t know if the joke is funny, because you don’t hear anybody laughing, because their mics aren’t on.’

“So learning some of the technology was fun, and sometimes before meetings we’d just have open mics so you could talk s–t and have fun like a locker room does. And then I’d have to hold up the sign: OK, mics off, cameras on, let’s go.”

I'm less mad having read that than when I read the headline, but it does not change the fact that I'm sick of reading headlines like this about Coach Bro and the Atlanta Falcons.

Whatever modicum of sense it makes to talk to Kenan Thompson about doing SNL remotely and how that possibly translates to the offseason NFL teams have had to deal with this year, it's outweighed by having headlines written about you seeking advice from B-list comedians on how to run your football team.

You're an NFL head coach. I'm not against having people come in to speak to the team — Quinn has always been big on military member speaking to the players and doing military-inspired workouts in the summer — but at some point, trying to make everything cool and hip makes you just look incompetent.

It's nearly July of 2020 and I still can't believe this guy survived the 2019 season. He was dead as a doornail before the Falcons reeled off six meaningless wins in their last eight games to create some sort of mythical momentum which lasts eight months and is supposed to be good for this season.

The shame in the blown 25-point lead in Super Bowl LI isn't just that it happened, it's that it was probably the only time we'll have seen Matt Ryan and Julio Jones in a Super Bowl because they spent the rest of their primes being coached by the same snake oil salesman who allowed it to happen.

Hopefully at some point against the Saints this season we'll see the tips from sketch comedians pay off.