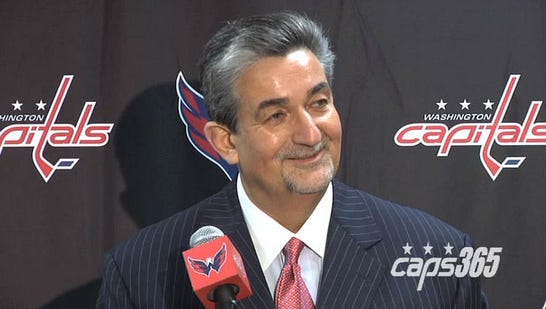 Ted’s Take - Both the Capitals and the Wizards are in the playoffs and my family and I will face scheduling challenges. What happens if and when both teams are playing on the same day and date, or what happens if both teams are playing on the road on the same day and date? Which game would we attend? After discussing this issue as a family, we have decided that we will always attend the home game of the team that is playing; and watch the road game on television or our ipads. In this regard, we can mingle with our fans and show support to our city and our business associates and members of our business family. However, if a road game is about elimination, either way, we may decide to go on the road to lend support to the team. We shall let the situation dictate this decision. If both teams are on the road on the same day and date, we may be able to attend both games if one game was scheduled for the afternoon, and another game was scheduled at night; if that isn’t feasible, we would split up as a family with some members attending one game and the others going to the second venue.

I love having an owner of the Caps and Wizards who relates to the common man. Look at him laying his feelings out on the line for the entire world to read. Being a billionaire ain’t easy, folks. Mo money mo problems. When you own two sports teams, sometimes you have to attend one game while watching the other on your iPad. That’s called sacrifice. Nobody said owning the Caps and Wizards would be a walk in the park. Nobody said having two teams in the postseason was for the weak. I’m relieved he went onto his blog and let us, the fans, know how he is going to handle this situation. That’s the Ted Leonsis I love.

(For real though, I laughed out loud reading his blog, it’s the most first world problem thing of all time, but he actually does mean well. He just knows the second he’s not at the Caps game or at the Wizards game people are going to be saying he likes one team more than the other. There really was no way to avoid it, but the way he wrote it is so funny. Like anyone in the world can relate to his situation)

PS: Owning two teams in the playoffs at the same time has to be the American dream. I’m really not sure it gets much better than that.