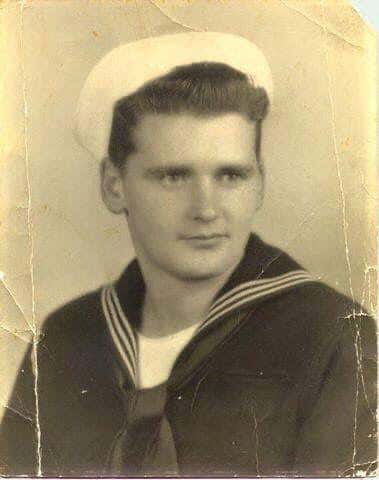 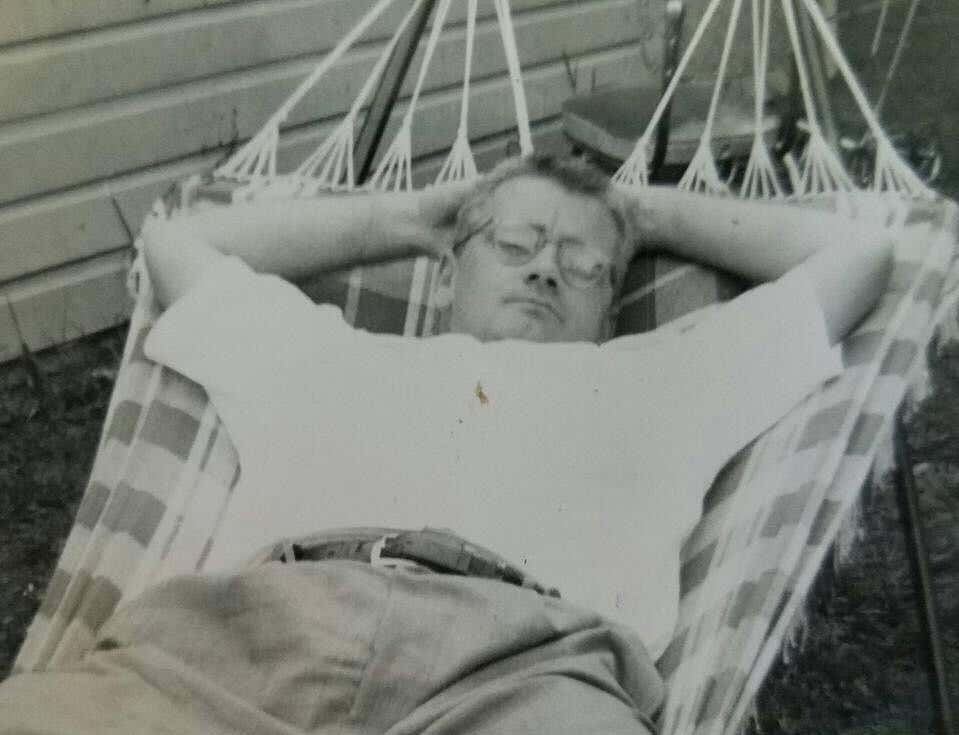 Not long ago, I outlived my father. If that sounds strange, believe me, it feels stranger to say it. And I'm sure it makes me sound old. Though to me it's a way of saying he died really young. And I think both things are correct.

John Thornton - "Bud," to pretty much everybody - had been in and out of the hospital with heart problems in the days before they had procedures that end in "-plasty" and medicines that end in "-statin." And his heart finally gave out for good at home in the middle of the night a week before my 10th birthday. And on my sister's birthday in what would've been the grimmest episode ever of "My Super Sweet 16" if we weren't middle class and MTV wasn't still years away from existing. He was older than my mother, I'm the youngest of five and there was an age gap there. So he was in his mid-40s already when I came along, probably unexpectedly.

I bring this up on Father's Day not for the sympathy. Save it for someone who's not talking about a death in his family decades ago. Besides, I know that when a guy as accomplished, attractive, athletic, rugged and virile as me throws a Pity Party for himself, suddenly everyone's babysitter canceled and they can't make it. This is about making a larger point about the most unappreciated, undervalued, overlooked, disrespected and taken for granted institution in America: Fatherhood.

The thing about losing a parent young is that all your impressions of them are frozen in time. You forever see them through the prism of a little kid's eyes and never know them the way only an adult can know another adult. In the case of my dad, it's impressions, really. But very specific ones. The few times he drove me somewhere (because it was usually my mom), just me and him in the car, and I'd try to sit up a little higher in the seats so the kids on our street could see that we were just a couple of guys hanging out and doing something together. The stories he used to tell about serving on the carrier USS Solomons in the war, like the time they sunk a German U-boat. The one vacation we took as a family, camping for a week in Maine and another in New Hampshire. I have vivid memories of every day of that trip, and can barely recall one thing that happened in the first two weeks of this month. The time I was sick and doing an overnight stay in the pediatric ward of the hospital and he came to sit with me. The time in second grade when I got all A's so he took me to the local store where you could buy candy, toys, a six pack of beer or a hammer and told to get anything I wanted while he chatted up the store owner who was clearly a friend he was on a first name basis with.

Mostly I remember him sitting on the couch, with the newspaper splayed out on the coffee table in front of him drinking Carling's Black Label and having a smoke. And I'd sneak onto the couch next to him and slide up onto his lap and he'd pretend he was surprised because he didn't hear me coming. That feeling, my feet dangling off his lap, his hand on my the back of my shoulder, his afternoon beard stubble rough against the side of my face, is the safest I've ever felt in my life. Nothing else has ever come close. It was like being in a fort made entirely out of him. That's the memory of him I've carried ever since.

That's another thing about losing a parent young. You never reach those awkward years where kids and parents are so different they have almost no business being in each other's lives. I can't imagine what Bud would've thought of Teenage Jerry, nerding out over "Star Wars" and the Red Sox and blasting U2 up in his room. Or College Years Jerry, getting dropped by his buddies at about sunrise and trying to sleep a Sunday away. Or even the weird career turns of Adult Jerry, who does a job that was unimaginable in his time and would sound ridiculously goofy to a guy who maintained the equipment that kept the phone company in operation.

I've got friends whose fathers are still with them. Who managed to ride out those awkward times and still remain close to this day. It's really special to see, on the odd occasion a buddy's dad will join us at the bar to watch a playoff game or whatever. Sometimes three generations of the same family. I don't think I'm envious as much as I appreciate the blessing of fathers and sons staying close like that.

So the challenge for me has always been to figure out what kind of a guy Bud would seem to me if I knew him, man to man. Think of it as doing a biography of a historic figure. I mean, it's not like you can just go to his Facebook page and look at all the times he made a heart shape with his hands around a sunset. You view a man by the way he lived his life. In his case, how he and his brothers enlisted in the military right after Pearl Harbor. How when my mother gave him an ultimatum to get the family out of the apartment in Dorchester and into a house or she was taking us five kids and leaving. So he ended up buying the house directly across from his brother and his five kids in Weymouth. Which was a five minute walk from another of his brothers. There was the time he let his mother-in-law and Special Needs brother-in-law come stay with us. So there was nine of us in a four bedroom with one bath. I don't know what it was like for him, but for me personally, that was two more people around to tell me what a sweet and bright boy I was. So I was cool with that. I know from my mother that he never got over seeing young men die in the war, like the pilots on his ship who missed the flight deck on landing and plunged into the sea before his eyes.

One thing that will stick with me forever was a talk my mom had with me, when I was a teenager, when she was having a particularly sad day. She told me about another uncle of mine who dropped dead in the middle of cheating on my aunt. She said the uncle left a lot of money to my aunt, whereas my father was under insured and left her practically nothing. But that she knew he was faithful and loyal to her and she wouldn't trade places with my aunt for all the money in the world. Which had the twofold effect of giving me some unbelievable family gossip I had been kept in the dark about. And driving home a point about what it means to be devoted to someone. My brothers and I inherited two traits from our father. The first is a thick, lustrous mane of prematurely grey hair. And the other the ability to sense that the woman you're dating will give you a lifetime of happiness and fulfillment if you're not stupid enough to screw it up. If we got nothing else from him, that'll do.

Still I've got a million questions that will never be answered. Was he happy? Was he ever scared about having a family of seven to support? Did he dream about retirement or travel or dancing at his kids' weddings? Did he ever feel those feelings I've had, where you children do something or say something - or sometimes nothing at all - and you find you love them so much that it makes your heart hurt? I hope the answer is yes to all. But I'd just be guessing.

The main thing about growing up without a father is missing out on the basic life skills that fathers have always been the ones to pass down. Stuff that seemed like common knowledge to my other friends that I had to figure out as I went along. Or pretend I knew when I had no clue. I remember buying my first car. At the end of the transaction the dealer asked who my insurance agent was. I had no clue what he was talking about. I'll never forget the look on his face, like he was talking to a 5-year-old, sizing me up and wondering how I could be so clueless before taking pity on me and bringing me to his own agent to hook me up. One of my brothers has a similar story about getting laughed at by a buddy of his for not knowing how to do some basic act of car maintenance. Until he got in the guy's face and screamed at him to back off. That he didn't know because he didn't have anyone in his life to tell him.

And that has been my takeaway from a life of being raised in a fatherless house. That when I had kids of my own, not only would I do what I had to in order to grow old with them, but to actually be a dad. To be part of that equation that fate denied Bud and me. To coach their sports. To choose the exact appropriate age to show them "Back to the Future" and "Raiders of the Lost Ark" and "The Godfather." (One of my proudest moments was when No. 1 Son came home from the North End with his girlfriend and brought us cannolis. No. 2 Son came down the hall to say "Leave the gun. Take the cannolis." And No. 1 said, "I just was saying that to her in the car." My work here as a father is done.) Teach them to ride bikes and drive cars. To get on them about their grades, but also tell them how proud I am about the men they're becoming. And above all else to be good to their mother. That's a gift I was given as a kid, and it deserves to be passed down like inherited wealth.

So thanks for letting me work out my crippling Daddy Issues. Every once in a while I write something just for me. If you're still reading, try to take some time to appreciate your father or your kids or just the institution of fatherhood in general. Because I don't believe it gets the respect it deserves. I mean, try to think of one positive father figure on television who isn't a buffoon, deranged, emotionally detatched, an ignoramus or is running a criminal enterprise. Just one. You've got to go back about 30 years, minimum. As someone who didn't get to enjoy 10 years of fatherhood until he became one, I think fathers deserve better.

Finally, the lyrics from my favorite obscure Springsteen song to play us out:

Now the years have gone and I've grown,

From that seed you've sewn.

But I didn't think there'd be so many steps I'd have to learn on my own.

Well I was young and I didn't know what to do,

When I saw your best steps stolen away from you.