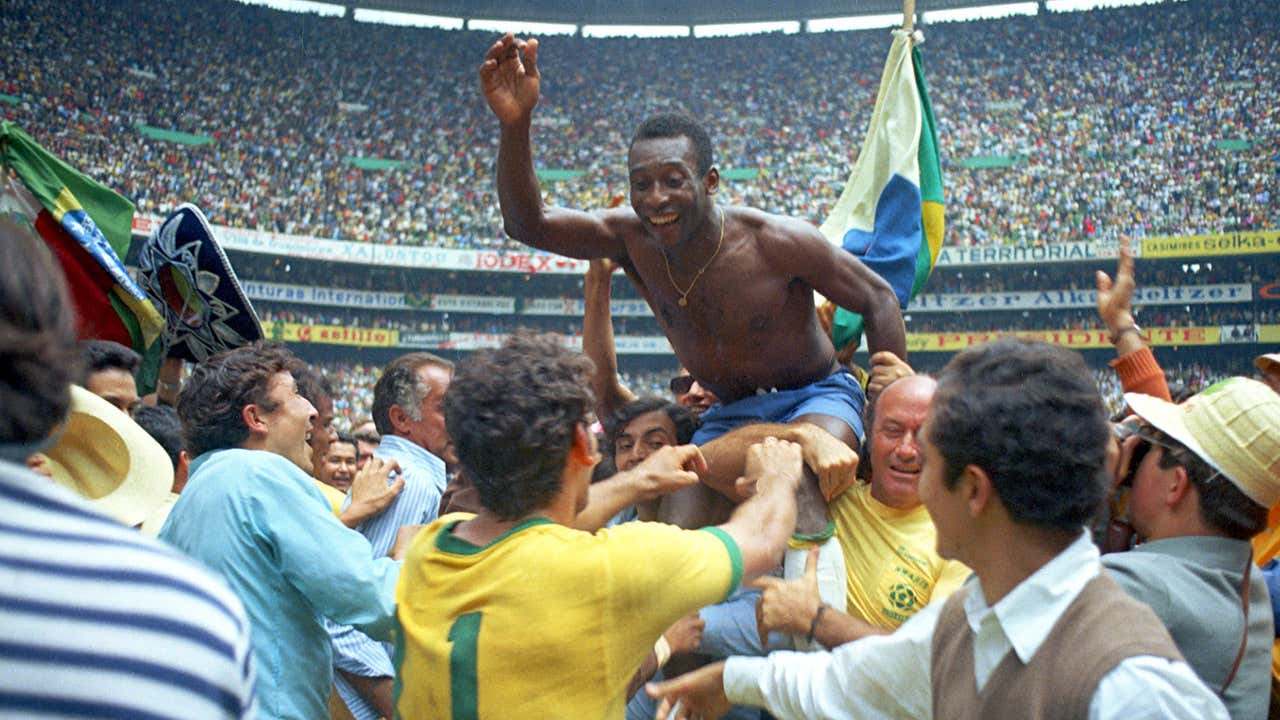 Brazil wins the World Cup for the third time, leading to the retirement of the Jules Rimet Trophy. In the World Cup Final in Mexico City.  Both Italy and Brazil were seeking to be the first three-time winner of the World Cup. Brazil took an early lead on a header by Pele. After Italy evened the score, Brazil took the lead in the second half on a goal by Gershon, adding two more for a 4-1 win.

The 1970 FIFA World Cup in Mexico was the ninth quadrennial for the championship in soccer. The championship would come down between two powerhouses who were among the three nations to have won the World Cup twice. With a new trophy coming from the 1974 tournament, the winner of the final between Brazil and Italy would permanently possess the Jules Rimet Trophy as the first country to win three World Cup titles.

Brazil came into Mexico on a mission after winning the World Cup in 1958 and 1962, they stumbled in 1966, failing to make the knockout stage. Italy, who won the World Cup in 1934 and 1938, was soccer power that had reawaken. The Italians had not made it past the group stage in any of the World Cup tournaments following World War II. This time around, they won Group 2 as they started the tournament with a 1-0 win over Sweden following by a pair of scoreless draws against Uruguay and Israel.

Brazil dominated group play, winning all three games in Group 3. The Brazilian juggernaut kicked the World Cup off with a 4-1 win over Czechoslovakia. In their second match, Brazil scored an impressive 1-0 win over England, the reigning World Cup Champions. They would finish off group play with a hard-fought 3-2 win over Romania. Brazil got a pair of goals from Tostao to beat Peru 4-2 in the quarterfinals. Moving on to the semifinals, Brazil rallied from an early 1-0 deficit to beat rival Uruguay 3-1. Uruguay, like Brazil and Italy, had won the World Cup twice, beat Brazil in 1950 in Rio de Janeiro, and winning the first tournament in 1930.

Italy played the role of villain in the quarterfinals, beating host Mexico 4-1. Mexico had grabbed an early lead on a goal by Jose Luiz Gonzales but gave back the lead after an own goal from Javier Guzman. In the second half, Italy seized control with a pair of goals by Luigi Riva to reach the semifinals. The semifinals would see Italy face West Germany in a classic battle. Italy struck first on a goal by Roberto Boninsegna in the eighth minute. The score remained 1-0 until the 90th minute when Karl-Heinz Schnellinger scored the equalizer. In extra-time West Germany took the lead in the 94th minute on a goal by Gerd Mueller, only to see Tarcisio Burgnich four minutes later. Riva gave Italy a 3-2 lead at the 104th minute. Muller scored at 110 to even things up again. It would not stay tied long, as Gianni Rivera gave Italy a 4-3 lead one minute later. That Rivera goal would prove to be the game-winner. West Germany would recover to beat Uruguay for third place.

Brazil had the home crowd edge as 107,412 fans crowded into Stadium Azteca. Brazil took the early lead on a header by Pele in the 18th minute that was set up by Rivelino. Roberto Boninsegna got Italy back in the match with a goal in the 36th minute.  The game would remain tied until the 66th minute when Gershon put Brazil back in front 2-1 after a perfect pass from Pele. Five minutes later, Pele headed a pass to Jair Ventura, who put it past Italian goalie Enrico Alberto. Carlos Alberto capped the scoring with a booming 30-yard shot as Brazil won 4-1 as thousands of fans rushed the field to celebrate Pele and the champions from Brazil.