The people over at Behance mashed up famous hip hop album covers with some of the best players in the NBA. The results are below: 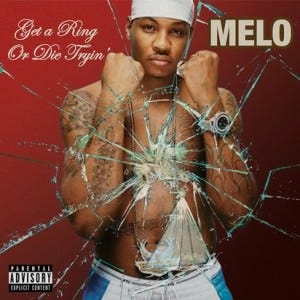 Get A Ring Or Die Tryin’ for Melo, huh? Well I guess RIP Melo, because that shit ain’t happening any time soon unless he changes his attitude and his game. There is nobody that the Knicks can acquire that Melo will see as a superior to him, which means we have many more years of the old Melo to see. In related news for Knicks fans: FUCK! 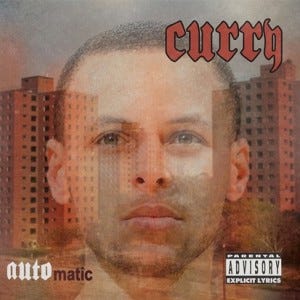 Swapping out Baby Nas for the Baby Faced Assassin. Love it. We can all agree that the polar opposite of the “I Hate Christian Laettner” 30 For 30 would be “I Love Steph Curry”, right? I feel like everyone in the world loves watching this guy play. And instead of being on big, bad Duke, he carried a complete underdog team through the tourney despite not being able to get a scholarship to his dad’s old school despite the fact that said dad was a fucking NBA player. Crazy. And now Steph is a leading MVP candidate. Lets go to Sonya Curry to see how she feels about it (this gif NEVER gets old to me)

Rick Ross “Teflon Don” = James Harden “One On One” 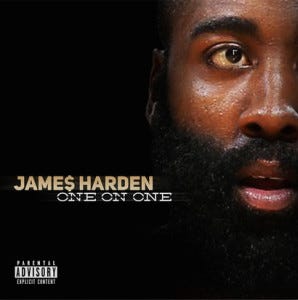 Rick Ross and James Harden have two of the strongest beards this side of vintage Brian Wilson, so that makes perfect sense. Harden is a one on one nightmare. Guarding a lefty one on one is the worst thing ever. Just awkward the entire time. And that is even with the fact that barely any lefties have a good right hand. Like you can just force a lefty to go right every time but he will pull some lefty sorcery shit and still use his left hand and score on you. That’s James Harden in a nutshell. Athletic as fuck plus knows all the lefty witch craft to put up ridiculous numbers. And this will never, ever make sense, regardless of salary cap or analytics. 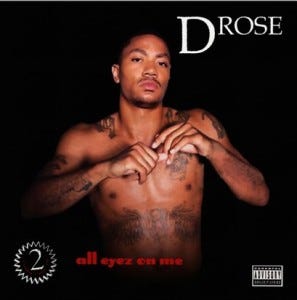 It’s true, whenever D-Rose is playing, the entire world has to watch. He is just that much of a physical marvel. And then he gets hurt, we all have our fun on Twitter, and we rinse and repeat the process every so often. I am honestly they didn’t go with low hanging fruit and chose an album with broken or dead in the title. As always, #PrayForDRose 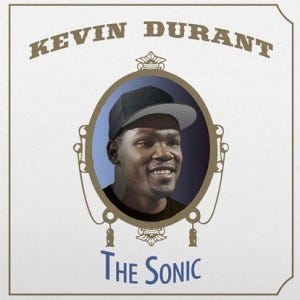 Ouch. I still think it is too soon to remind people in Seattle that Kevin Durant (and Russell Westbrook) were Sonics before the NBA allowed a couple of smooth-talking assholes to hijack their team and move it to OKC. I still lose sleep over the thought of the Knicks being a few picks away from Steph Curry and Russell Westbrook. I can’t even fathom what it would be like to have guys like that on the Knicks and then have those players and my team get hijacked to West Bumblefuck. 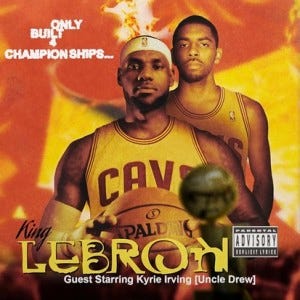 The album title can’t be any truer for LeBron. Since Day 1 in the Association, he has been measured by how many championships he has won. And like Raekwon, he still needs a good supporting cast around him to be successful. I guess in this scenario, if Kyrie is Ghostface then D. Wade is Method Man. Both D. Wade and Method Man had a lot of success on their own without Raekwon/LeBron.

The Fugees “The Score” = The Clippers “The Lob” 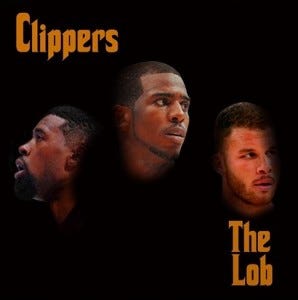 The Clippers are The Fugees are a solid combination. Tons of great memories associated with both, but you are not sure of the lasting power of the group. And the order the arrange the players’ faces in is perfect. Chris Paul = Lauryn Hill. The most talented person of the group is also clearly the most difficult. DeAndre Jordan = Wyclef. Tons of talent but also the goofball. And Blake Griffin = Pras. The quiet dude who gets shit done, but you’re not really sure what he’s thinking at any given time. By the way, what the hell is Praswell doing right now? I think the last time I heard from him was the “Ghetto Superstar” video. 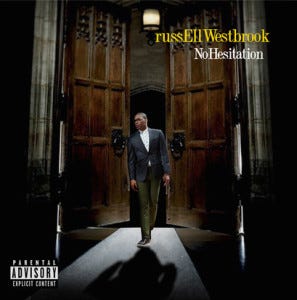 Russell Westbrook is the Kanye of the NBA, huh? Super talented, misunderstood, and now people just can’t get enough of the guy. Plus neither really have any hesitation when it comes to on the court or being in front of a microphone. Meanwhile, the more beloved teammate (Kevin Durant/Jay-Z) gets all the media’s love. And count me firmly on Team “Kanye’s early stuff was significantly better than his new stuff”. Just because his stuff is newer doesn’t mean it’s better. Source: Eddie Murphy movies, Adam Sandler movies, and a trillion many different musicians’ albums. 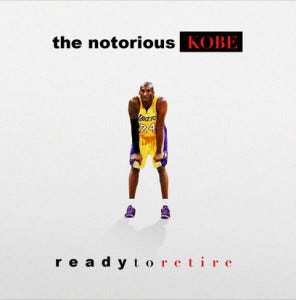 I don’t know why this didn’t just say Ready To Die like the real Biggie album. If Kobe can’t play basketball anymore, he is as good as dead. No friends, no hobbies, and I’m sure his wife hates his guts. You know how everyone says that the Penn State scandal killed Joe Pa? Well leaving the NBA will kill Kobe, even though he’ll be in his early 40s when he does retire. And when that does happen, the entire world (sans Lakers fans) will collectively shrug and say “He wasn’t as good as MJ anyway”. 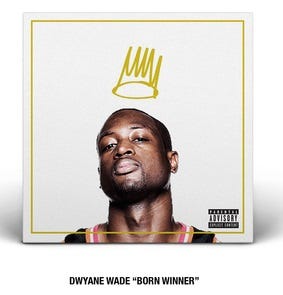 The perfect album for Dwyane Wade. Either you love J. Cole or you hate J. Cole. Same for D. Wade. The crazy shit is, we should both love these guys so much. Both are great at what they do and are probably under-appreciated. I remember watching Wade in the 2003 NCAA Tournament and just loving how he carried that Marquette team on his back. And then Pat Riley drafted him to Miami and I had to hate Wade with all my heart. And after all that, the LeBron shit happened and Dwyane Wade seemed like more and more of a dick. But truth be told, both these guys at their peak are/were incredible.