It looks like Steve-O (who is actually a huuuge MMA fan) made his way down to Jackson-Wink MMA in Albuquerque this week and got to spar with some of the best fighters in the world! I don't know if Steve-O's life flashes before his eyes anymore - I feel like he might've used those all up by now - but if there was ever a time for it to happen nowadays, it was riiiiiiiight about HERE: 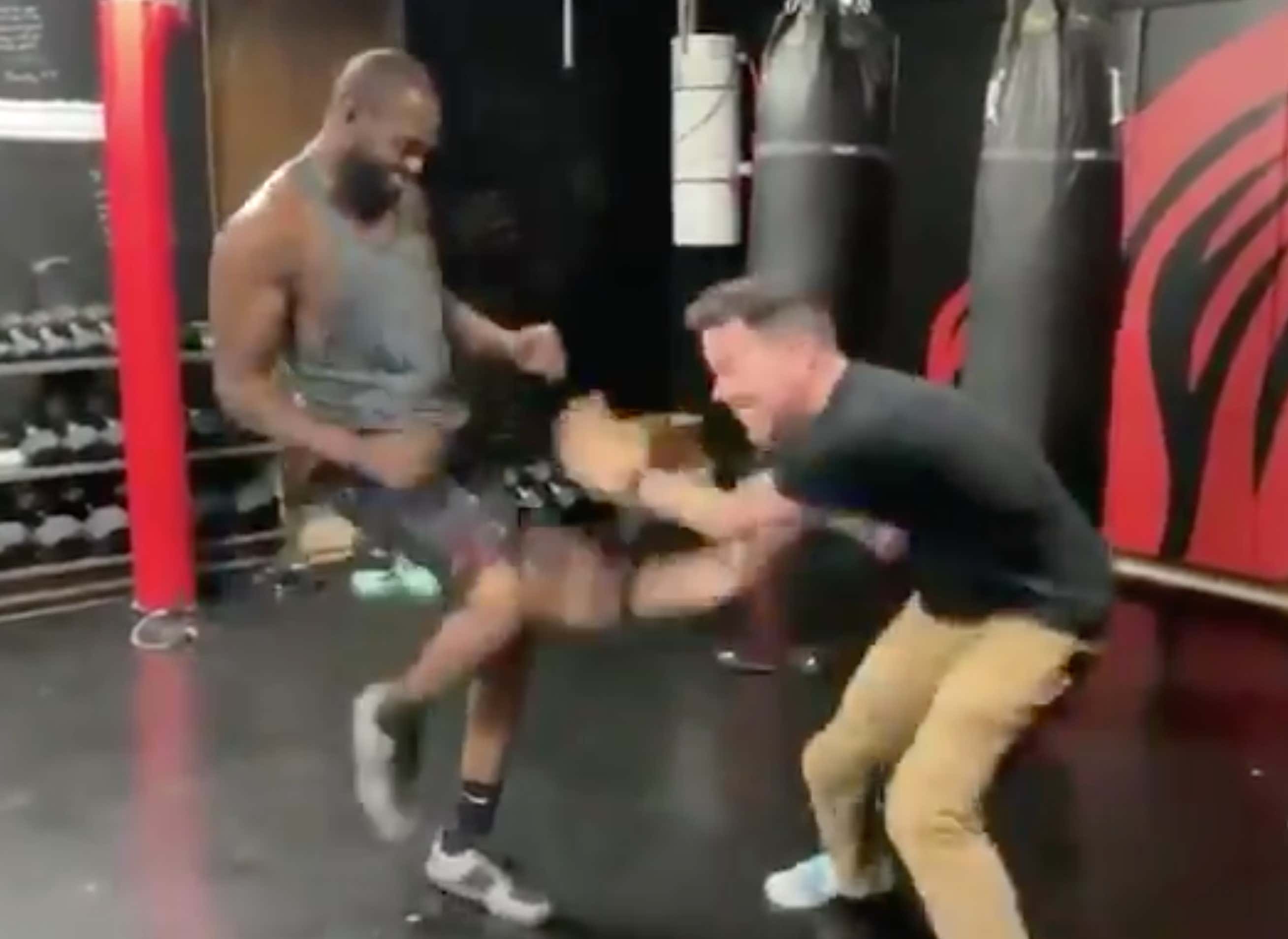 If that were me, I think I would've been REALLY regretting the khaki choice at that point. They would've been stained on the spot.

After he took on the GOAT in Jon "Bones" Jones, Steve-O decided to have a go at Holly Holm, where Jones helped him out in true Rocky/Apollo fashion....

....but that didn't go as well for him as it did for Rocky. Just looked like a fun time all around, though, which I'm sure Steve-O brings with him everywhere he goes. I'm really glad he's doin as well as he seems to be nowadays. How could ya not root for that guy? It's a miracle he's alive!