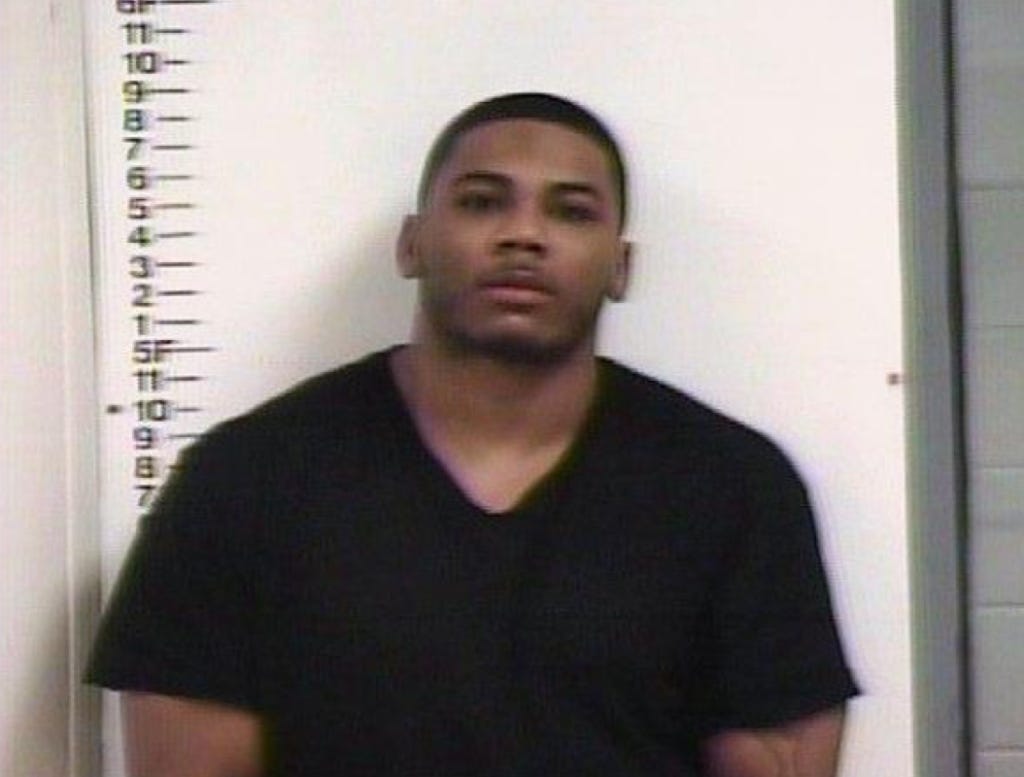 Tennessee - Rapper and reality TV star Nelly is facing felony drug charges after being arrested in Tennessee on Saturday. Tennessee Highway Patrol said in a news release that Nelly, whose real name is Cornell Haynes, was pulled over about 9:20 a.m. because the bus he was riding in failed to display a U.S. Department of Transportation and International Fuel Tax Association sticker. According to the release troopers smelled marijuana when they reached the bus. When troopers searched the bus, they found five rocks that tested positive for meth, as well as a small amount of marijuana and drug paraphernalia.

Meth, dude? Meth?! Who the fuck brought meth rock to the “small amount of marijuana” party? That’s like the friend who buys Jameson shots when you’re just hanging out at the bar on a Tuesday night. Hey dude, just trying to smoke weed and relax on the tour bus. Get a bit high and play some video games, maybe. Not trying to all cranked up on meth then have shirtless knife fights. Everyone’s been in that position where you wanna turn the party up a bit, but meth is a little too high. If you’re ever looking for an acceptable volume of turnt, it’s at least one click down from meth rock.

PS – I do kinda get this. When I go to different regions, I always drink whatever’s popular in that area. Like a drunk’s version of when in Rome. If I’m in the Caribbean, I drink rum. Skiing in Vermont I drink Long Trail. Mexico? Give me some tequila. I feel like meth is probably pretty hot in Putnam County Tennessee. Nelly was just trying to blend in with the locals because he’s a great guy.