When I was young, or should I say, "Younger Mantis", there were 2 pieces of advice my Dad gave me. "Before you marry a girl, make sure to look at her Mom" and "Girls are crazy". I see where my Dad's coming from on the first piece of advice, but I disagree with his second statement". I don't think girls are crazy, I just think Indiana girls are fucking lunatics. Midwest girls if you want to be more specific. You truly can't please them! I'm not saying girls who say Indiana is a boring state are still in high school(Chris D'elia has entered the chat), didn't get accepted into Indiana University, or are riding the coattail of their boyfriend's/husband military lifestyle, but maybe I am.

Maybe I'm just petty from seeing so many of these tweets, but I checked out Daniel's twitter bio and it says he plays the trumpet, and he's vegan. Like the headline says, is Indiana that boring, or are you just a boring human being?

Indiana isn't fucking boring! Sure, the past few months have been boring since we've been locked down, but it's not like we're living in Vermont! We host every sporting event known to man, we're cheap as hell, and we fry up pork tenderloins bigger than your head! I can't believe I have to create a list of things to do in the Crossroads of America, but here we go:

- Hit them up, fantasize about them, take this however you want. But Carmel Mom's will always be the #1 thing to do in Indiana.

- Composed of Portillos, Ikea, and Top Golf, the Fishers Trifecta is the greatest and only thing to do in Fishers. In order, Walk a mile in Ikea, go to Portillos for dinner, and finish the night with some Top Golf.

4. Shoot a basketball in every driveway you see in your neighborhood

- Ever wanted to be like Larry Bird? Well here's your chance! I'd highly advise to do this between the hours of 9am-5pm though.

6. Have A Boys Night Out on Mass Ave.

- GNO? More like GTFO! There's no better spot to hang with the boys than on Mass Ave in downtown Indy. Drinks, food, and hella ass on deck!

- Holy shit, you want an experience of a lifetime?? After 11pm, all Steak N Shake servers clock out and you're on their time. Get ready for what a 5 minute wait will now be an hour and half wait just for a milkshake.

8. Take a photo with the Peyton Manning Statue outside of Lucas Oil Stadium 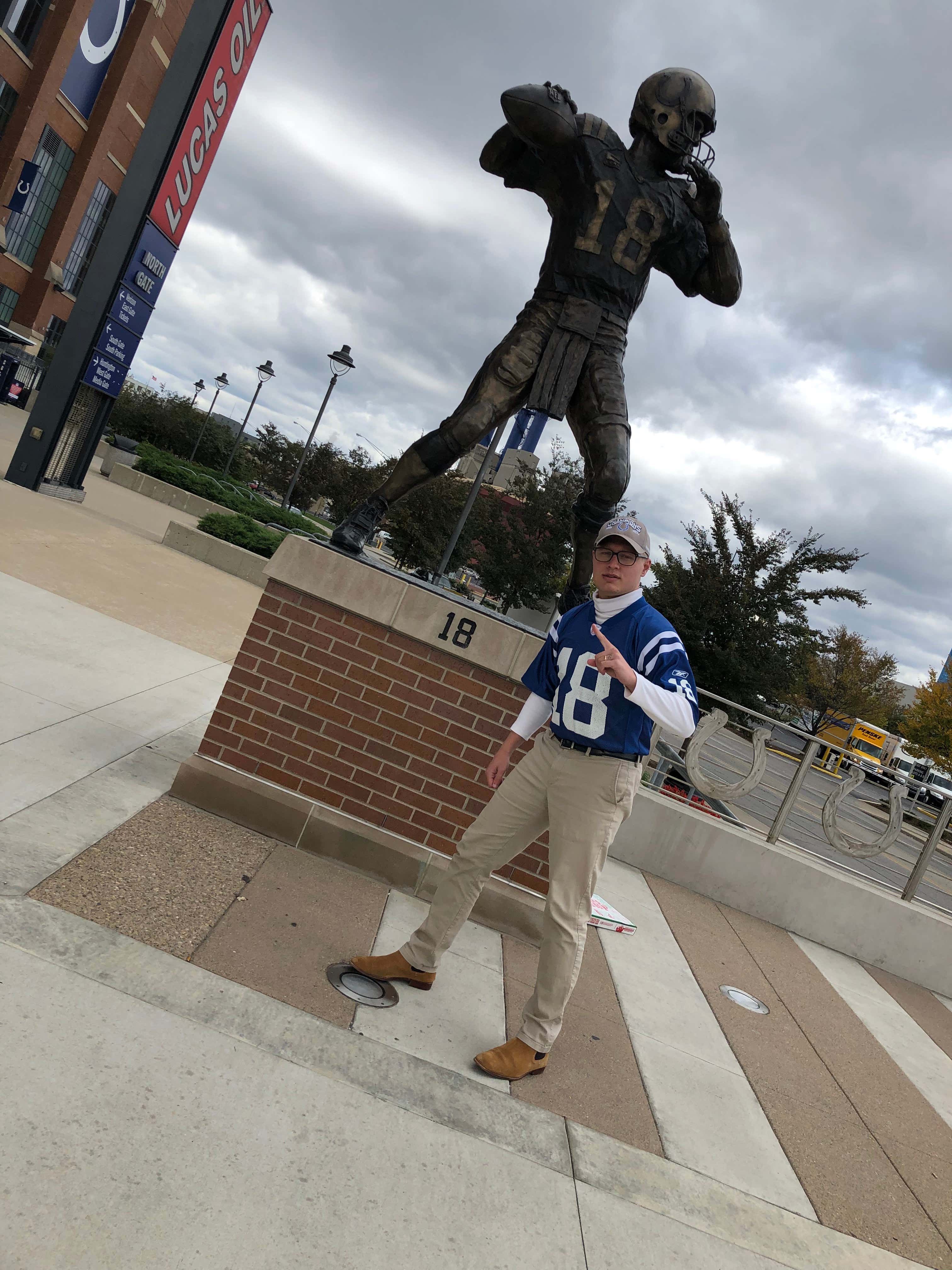 9. Dodge potholes with your friends

- Hit up your friends, pick a road (any road) and challenge your friends to see who can get to the end of the road without damaging your car! It's like real life Mario Kart! Except if you hit one of these booby traps, you got an expensive bill on the way.

- There's no better first date than going to Uncle Bill's Pet Store. Bring your lover, pet some animals, and put them on your Snapchat story! But don't buy them, cause that's weird.

11. Spend an hour driving around a roundabout in Carmel, Westfield, Fishers, etc.

12. Type "Indiana is boring" on your twitter search bar and feel better yourself.

If you say Indiana is boring, you are a boring human. As simple and conclusive as that. We're the best in the midwest, and it's no contest. Bars.