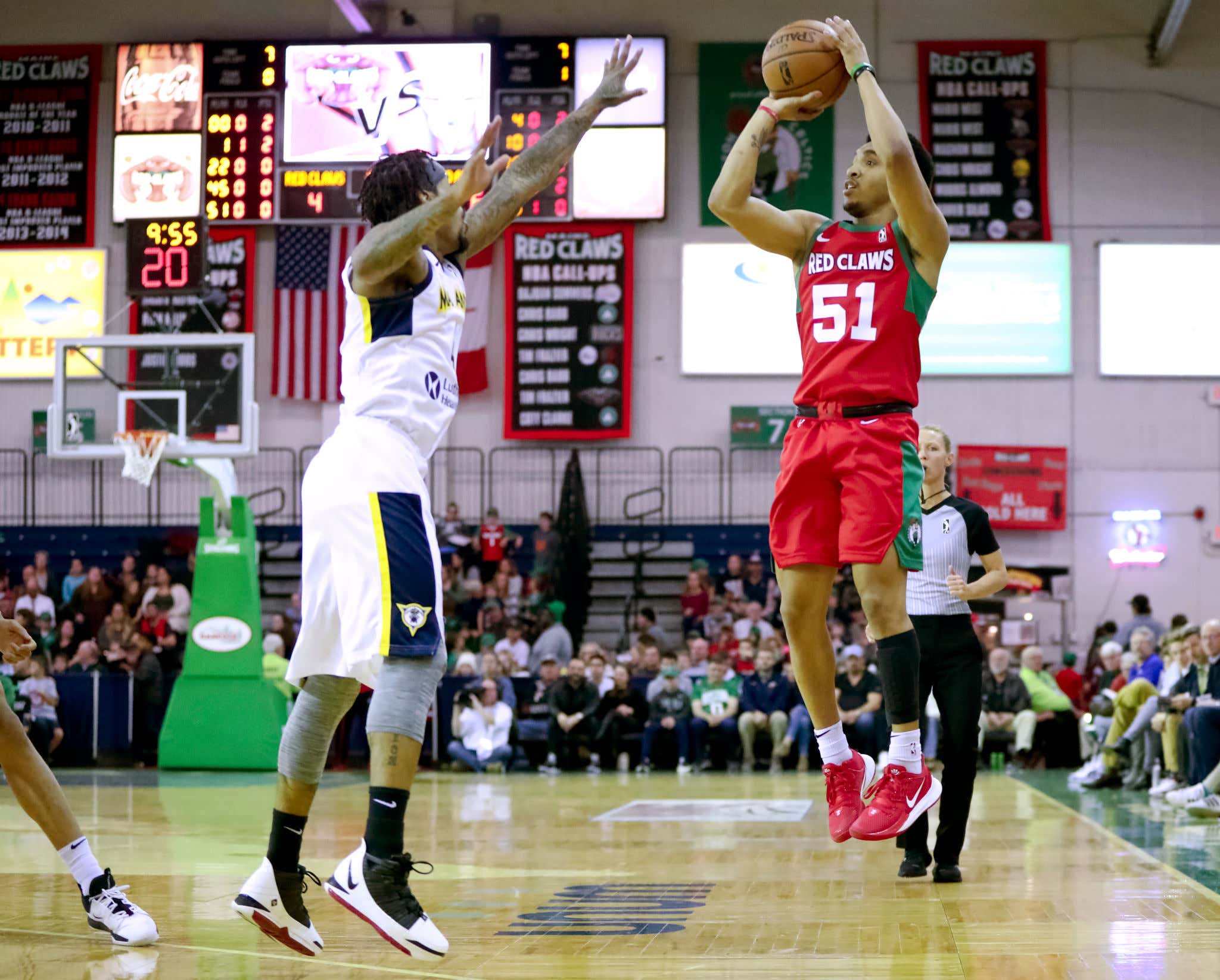 Everything once again coming up Ainge! You just love to see it. Not just because it's awesome for Tremont, but this also gives us more ammo against the "Ainge can't draft!" crowd. That stance is looking worse and worse as the years go by huh. Funny how that works. Now you may be saying to yourself why should anyone give a fuck about the G-League Rookie Of The Year. Well let me ask you this. Is it better to win ROY or not win ROY? That's what I thought.

Call me crazy, but I'd say it's pretty impressive that the 51st pick who is "5'10" won ROY and make no mistake Tremont was very much a problem in his G-League appearances

When I look at the Celts roster moving forward, I consider the backup point guard spot completely up for grabs heading into next season. Brad Wanamaker's contract is up after this season and he has a $1.9M qualifying offer. He's also 31. Carsen Edwards didn't exactly show us anything this year that suggests he can step right in and fill those minutes, which means Tremont should have every opportunity to actually make the full time roster. We obviously don't know what will happen at the draft/free agency, but Tremont should have shit shot.

For that to happen though in my opinion Tremont needs to show he has consistent NBA range. He shot just 17% from three in NBA (3-17), but was a 35% shooter from deep in Maine (90-254). If he can live in the mid 30s at the NBA level, there's a spot for him on this roster. He's already a fantastic natural passer, his hands are quick as shit defensively which I like, so for me it all comes down to his shot. We all know the bench needs shooting/scoring, and if they aren't going to have a ton of money to go buy it on the open market, they need for it to come from guys they are currently developing. Both Carsen and Tremont are going to have to show they can provide that shooting spark.

But we'll worry about that later. Now I'm focused on the Celts carrying Tremont on their Orlando roster since you can bring in Two Way guys without cutting anyone. Get Tacko and Tremont in the bubble and who knows maybe they could be the spark that swings a random playoff game. Reward them both for their dominant G-League seasons, I don't see why you wouldn't.