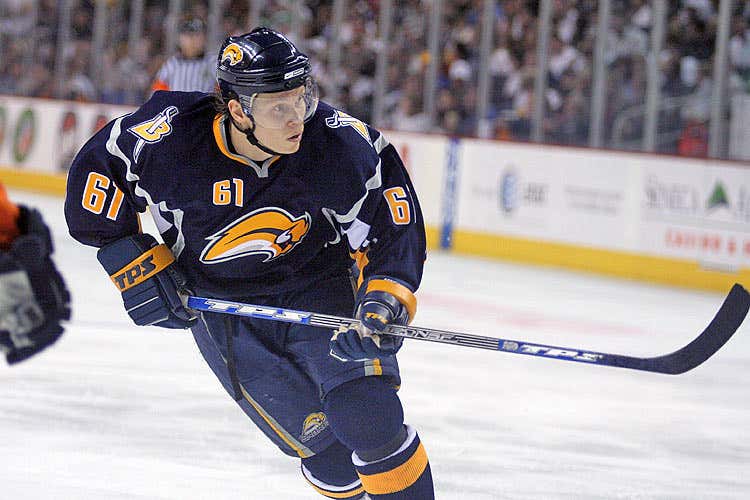 The Buffalo Sabres gutted their entire organization this week. And for good reason. I mean this team has been absolute dog shit for a decade now. And the face of their franchise, Jack Eichel? Those idiots have now completely wasted a quarter of his career. New coaches, new GMs, new this, new that, new everything. The Sabres have gone through so many different changes over the past 9 years or so and the one thing that has remained constant is that they've been absolute shit. So it only makes sense that they'd go full Ari Gold and just walk around the building firing everybody this week.

But at the end of the day, those guys aren't the ones out on the ice now are they? I mean they all play a pretty big role on who is on the ice and how they've developed, but their not suiting up every night.

Clearly the lineup needs some change. Jeff Skinner isn't a guy who is going to push your team over the hump. Rasmus Ristolainen isn't a guy who needs to be considered a "core player". But you can't go around firing 19 people in Hockey Ops and then think your organization is in any position to both A) have leverage in any trade negotiations and B) be a destination where free agents would like to sign. So they need to figure out a way to make due with what they got, and find away to get them going fast. And what better way to get that going than by bringing back the Buffaslug? 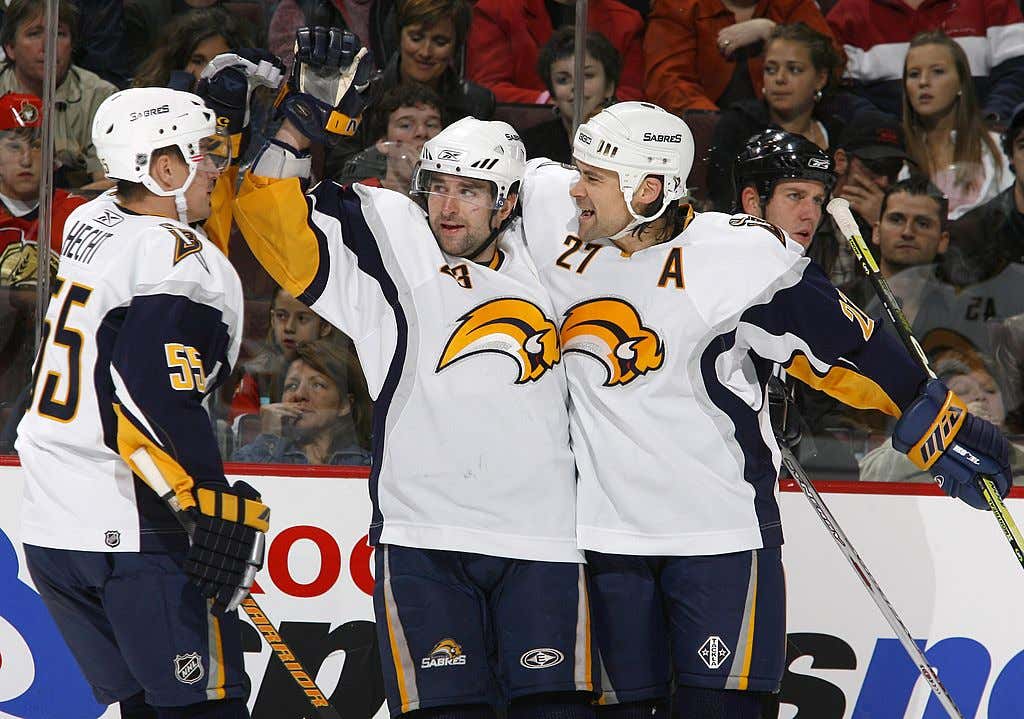 Now here's the thing--I've always been a firm believer in "look good, feel good, play good". But maybe the Buffalo Sabres are so bad that this would be like multiplying two negatives to get a positive? We can all agree that the Buffaslug--though ironically incredible and comedically genius--is a big time trash uniform. At least not one that belongs in the National Hockey League. You show me a roller hockey team with this logo and I'd say they were probably a pretty rad roller squad. But aside from that scenario, the Buffaslug is a black eye on hockey sweater history.

So what if you make the players wear those jerseys until they reach at least the 2nd round of the playoffs? I'd say an Eastern Conference Final but that might be a little unfair. I think starting off with reaching the 2nd round of the playoffs and not getting swept is a good goal to start with. Humiliation and shame are great motivators and we can't be afraid to use them more. If you thought Jack Eichel was already putting the team on his back and doing absolutely everything in his power to try to will that piece of shit roster to the playoffs, just imagine how much more dominant he'll be when he's gotta figure out a way to get rid of that jersey. If you actually sit down and think about it, it's a great idea. You don't want to wear one of the most hideous uniforms on the 21st century? Buckle the fuck down, get to work, and finally get yourself into the playoffs. You don't need a new GM or new scouts for that. All you need is Jordie's Brain.

P.S. - At the very least, we need to bring back these beauties just because. Goodness gracious these were glorious. 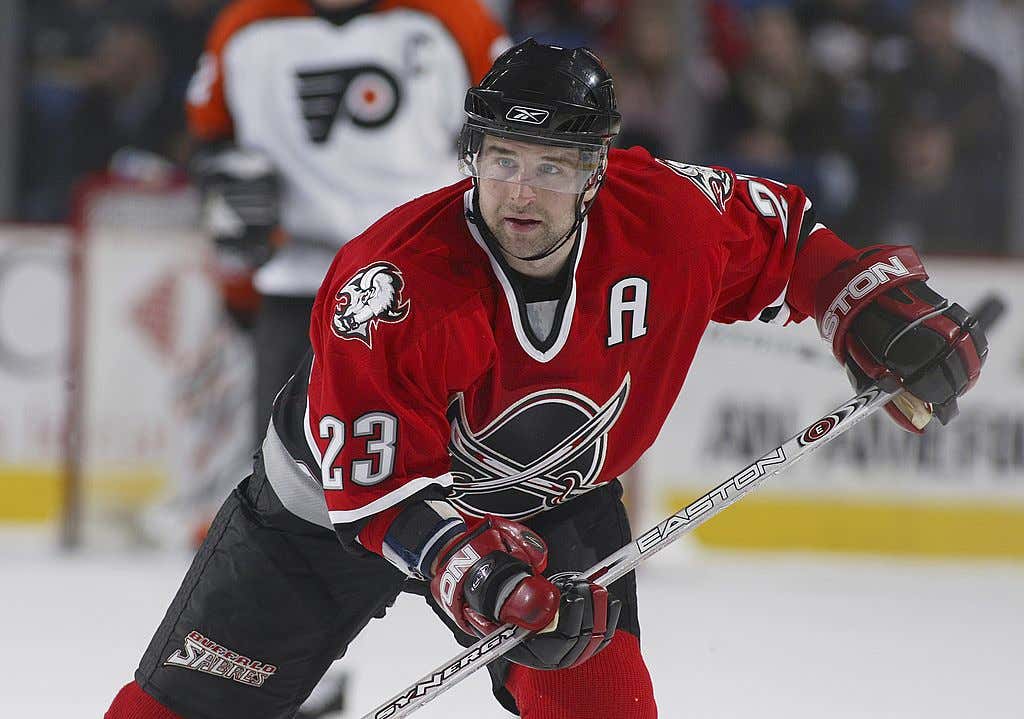