FYI: In this blog I'll be using words like 'apparent' & 'alleged' because I don't know the rules for getting sued by rich people since my usual wheelhouse is light, goofball stuff... And again to cover my own spineless self I'm not saying he's guilty of any legit in-the-books crimes (I don't know the laws of each state, etc), and I'm aware that being a shitty person is not necessarily illegal.

But also, on a, uh, totally unrelated note I would also like to say that I BELIEVE WOMEN. And my goodness - a whole lot of them are stepping forward with allegations & apparent receipts tonight.

Things got rolling yesterday evening when a Twitter user unleashed a thread about comedian Chris D'Elia. Included in the thread were several screenshots of an apparent conversation she had with him at age 16, and once it started making the rounds more & more women began stepping forward with similar alleged experiences. Women who were in high school, college, whatever the age - there was a common theme, and it was D'Elia allegedly being a manipulative, shady creep to young fans who admired him. 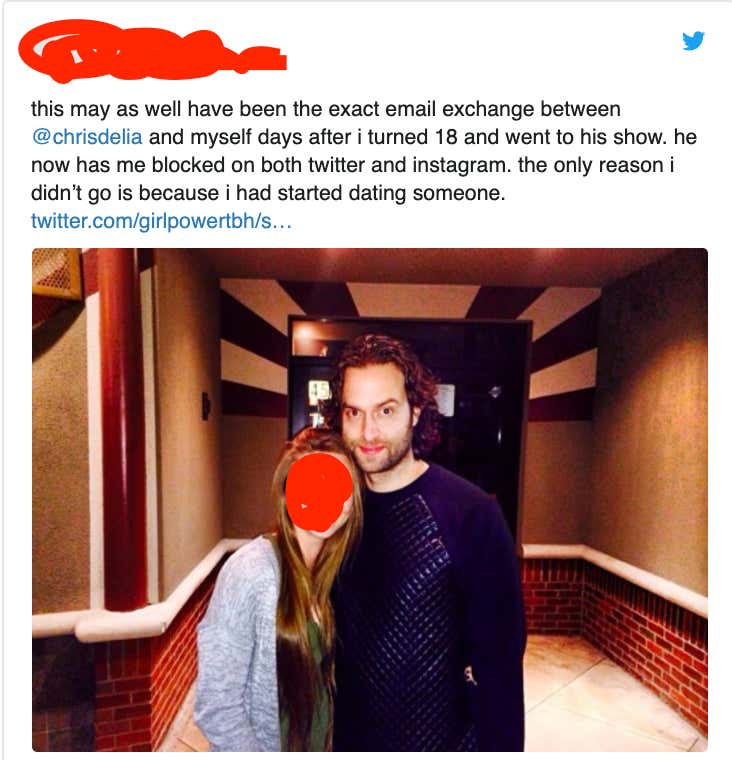 BUT WAIT (unfortunately) THERE'S MORE. Once user @SheRatesDogs retweeted Simone's thread (along with an example someone else had sent her of D'Elia's alleged behavior), the account became a collection point where women began dropping off their own alleged encounters. (I did not include them all because the blog would be 47 miles long.) 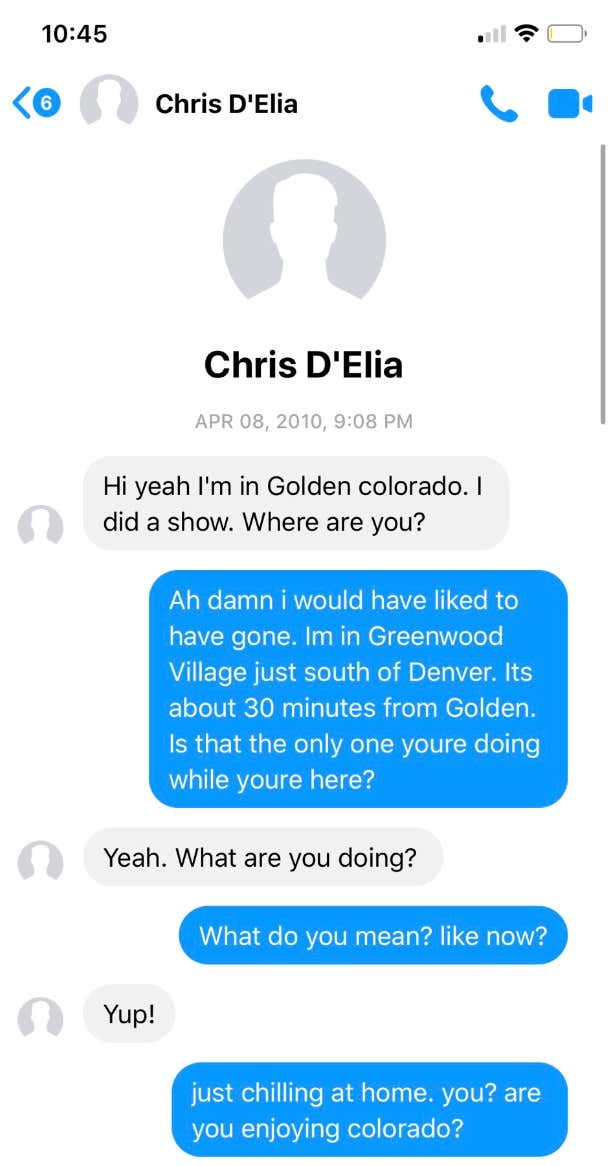 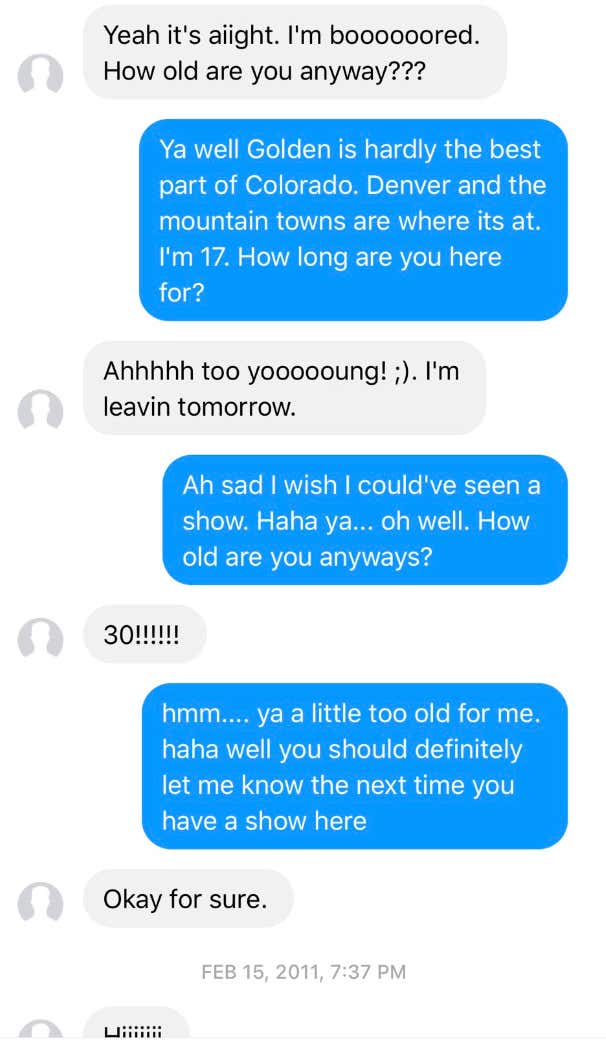 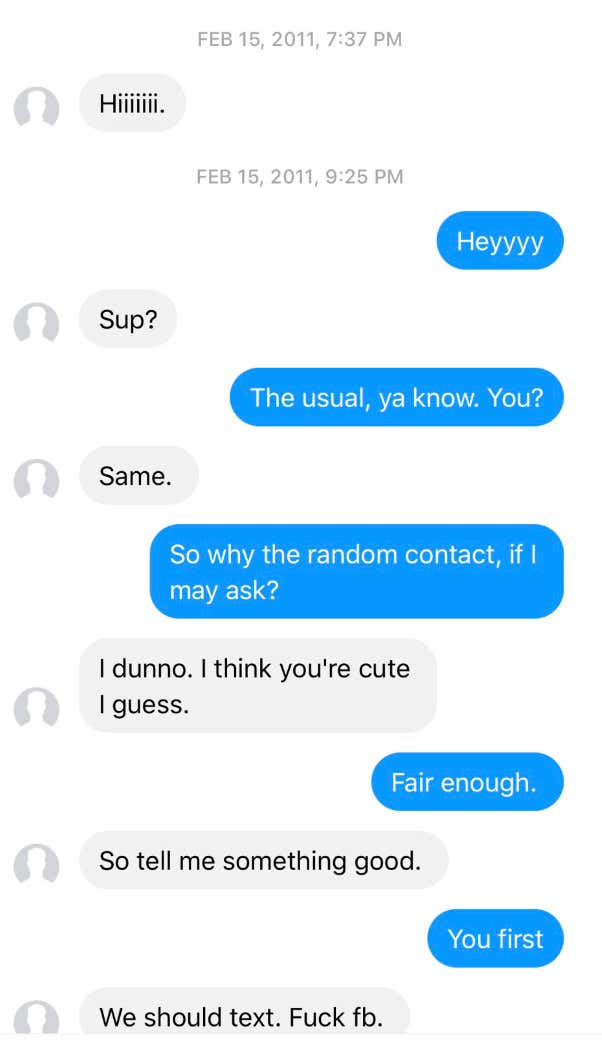 Sure, the age of consent in Colorado is 17… but that's not the point, not even after he allegedly admits that she's too young for him and then still comes back for her again months later. It's allegedly knowing you're in a position of power and using it to allegedly take advantage of someone else, someone more vulnerable.

I reached out to the woman below & she said she was relieved others were finally shedding light on it. Among other tweets in the thread she notes it was her senior year of college, not high school as was the alleged case with others, but regardless of age it appears he was allegedly clearly aware that what he was doing was predatory. You don't go to all that effort creating easy-to-erase messaging accounts & communicating via Insta photos you know will disappear, etc. if you're not worried about people finding out what you're doing. 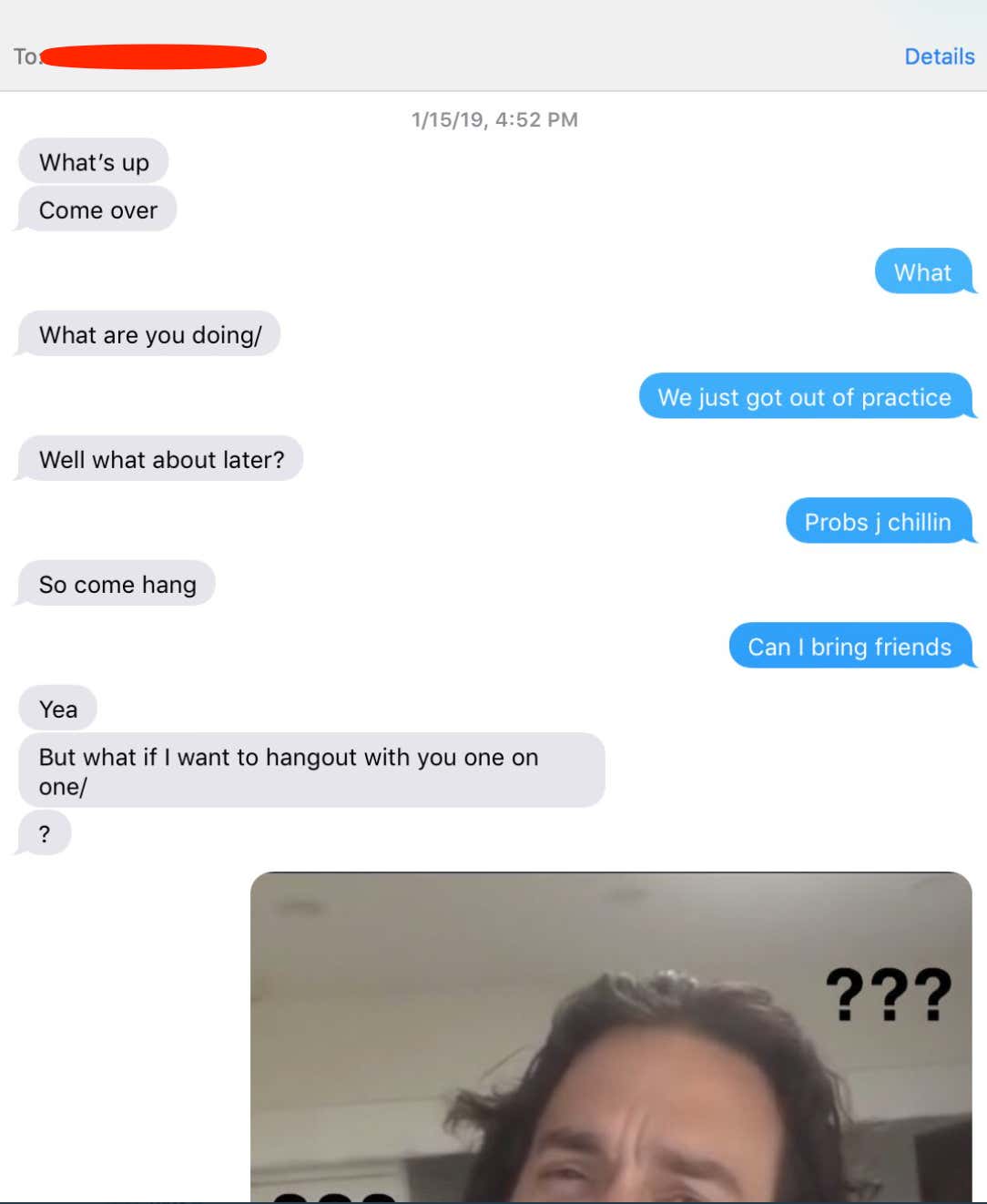 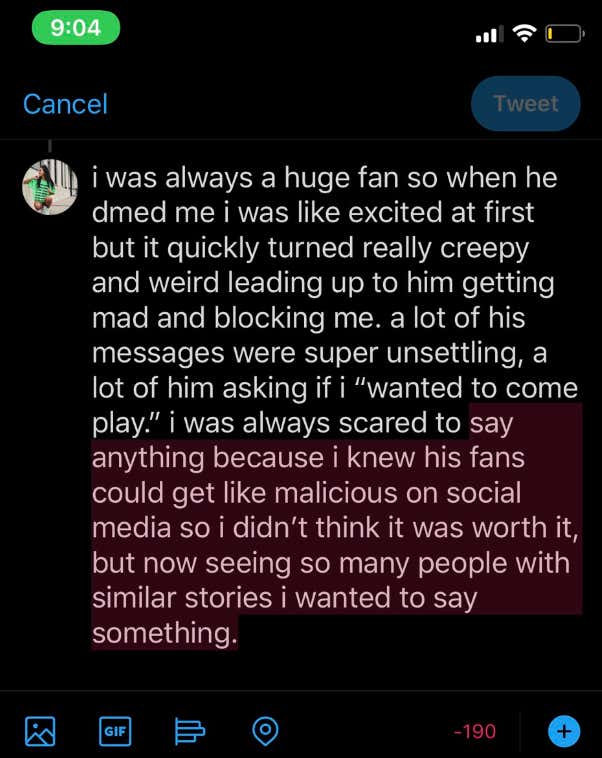 And one of the parts that made me so sad & angry for these women is that time & time again it looks like apparently young fans of his reached out to say they liked his work and he took advantage of that. Or he allegedly befriended them & then used his status to push forward. To anyone who would say, "Well what were those girls doing in his DMs in the first place?!" - 1) You suck. And 2) even here at Barstool with a waaaaay smaller following I get DMs all day long from men, women, high school kids, college kids, and even the olds just reaching out to tell me they liked or related to something I did, or to share an anecdote it reminded them of. Never once has it crossed my mind to take advantage of that in any way. 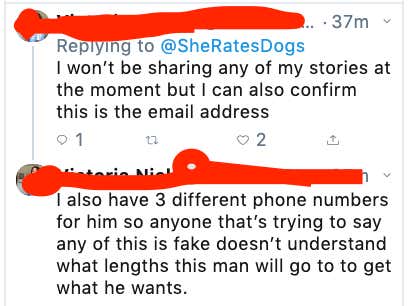 And looking at the endless amount of alleged examples & picking up on a similar pattern of language (talking like teens do, cringe) & behavior in all the screenshots of those stepping up to say, "me too" yesterday & today……. ::sigh::. Again, not saying any of it is a crime in the legal books. But NOT GREAT. PRETTY SICK. AND I THINK HE'S AWARE. ALLEGEDLY.

Another predictable yet still sad part of all this was seeing those who came forward immediately attacked. "Anyone could just make up an account & create fake tweets." "These girls are just jumping on the bandwagon for attention." "They can never really prove it." "They're just whores." On & on & on because even though we now have countless examples of times no one believed us (allowing for lots of other women to be victimized or taken advantage of by the same people), we still can't be taken seriously when the next one allegedly comes around.

Would be pretty nuts if a whole lot of women from around the country conspired to share similar stories with similar language from the same comedian on the same night. Sort of wild for a large group to say, "Uh, let's take down ::flips through rolodex of random people::… Chris D'Elia for no reason & put ourselves on the line to get attacked on social media." But what do I know. Just passing along what I'm seeing online. 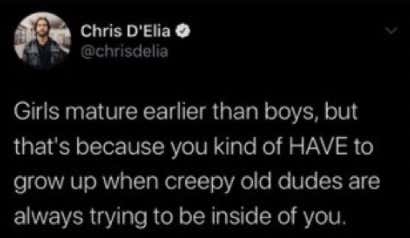 In closing, yet again, am I saying he's guilty of criminal activity? Not my place to say. But I believe these women & I believe he's a creep who knew exactly what he was doing and that it was wrong, but felt invincible & didn't think high school girls would ever grow up, figure out he's a slimeball & call him out for it.