Oh the Kings are so great, they’ll flip a switch, they’re still the best team in the West…WRONG(kinda talking to myself there since I definitely said all of those things), they stink. You can’t lose to the Edmonton Oilers in the final week of the season and be a great team. You can’t sleep through three quarters of the season and be a great team. I was definitely afraid of the Kings in the playoffs. Its inexcusable for a team with that much talent to miss the playoffs. I don’t care how much hockey you’ve played the past 3 years. So good night to the franchise that once had a social media intern call Barstool pathetic. See you in October.

The only thing that takes some of the fun out of LA missing the playoffs is that Los Angeles is the worst sports town outside of Miami. I doubt the people of LA really care or even noticed. I’m glad that Calgary and Winnipeg made it instead of them. Markets that actually appreciate playoff hockey. Winnipeg went INSANE last night after they clinched.

Canada is like how the South is with football only times a bajillion. If you can’t be happy for these people who literally have nothing else going than hockey then your heart is 10 sizes too small.

The Red Wings lost last night, but also clinched a playoff spot for the 24th consecutive year. Incredible streak. I literally don’t remember a time when the Wings were bad. It wasn’t pretty down the stretch, but the Wings are still a team I wouldn’t want to face if Howard ever finds his game. 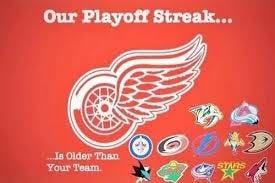 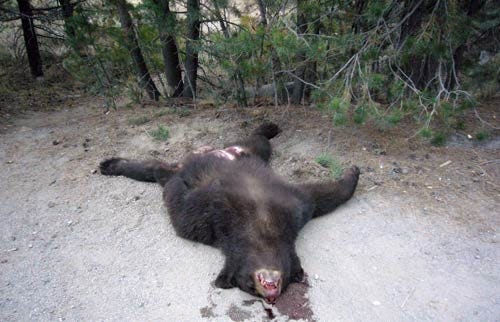 Playoffs are less than a week away. Its my favorite time of the year. I said this on twitter, but I am going to try to do a daily Round Up a la Kmarko during March Madness. If you see anything blog worthy please email it to barstoolchief@gmail.com or tweet it to