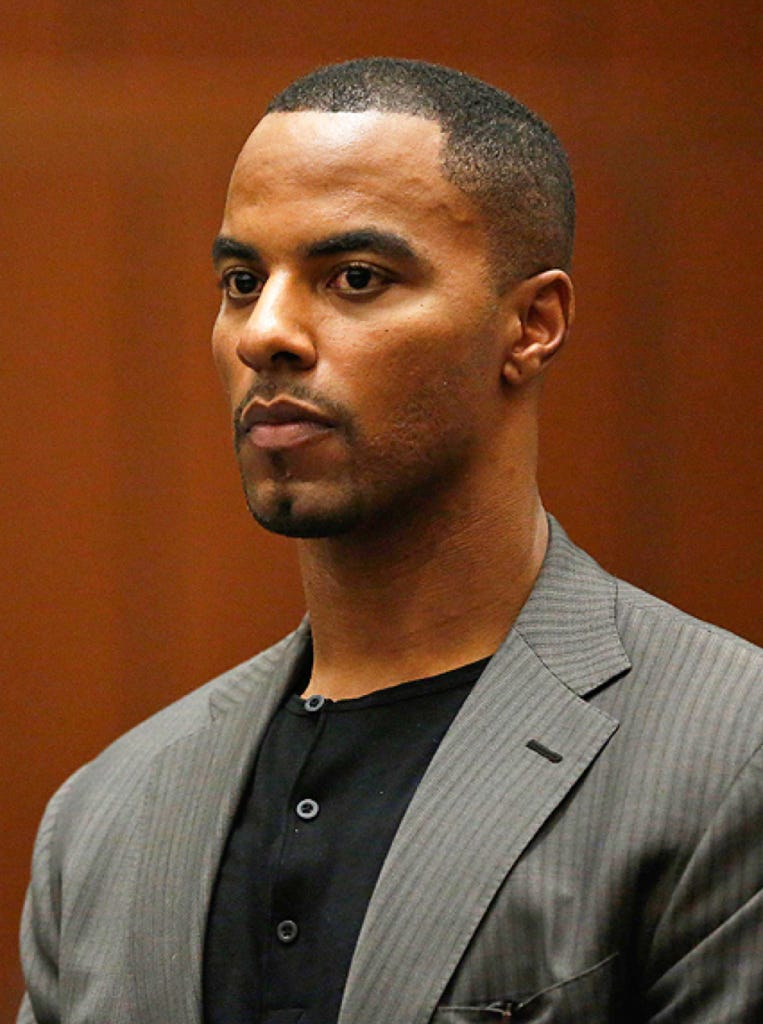 (Source) — When Darren Sharper gets out of prison in less than a decade, if he wants to stay out, the former NFL star who once cut loose on the field and in nightclubs from Miami to Los Angeles will live the closely monitored life of a known predator. During his first three to five years of freedom, California officials will track him by GPS. He’ll undergo sex offender treatment for years. He can’t drink alcohol for the rest of his life or go to bars or liquor stores. He can’t visit sex shops or chat on the Internet to get a date. If he wants to spend the night away from home or travel more than 50 miles, state officials must approve it. Sharper will be subject to lie detector tests and, while on lifetime probation in Arizona, to the “penile plethysmograph,” in which a sensor is attached to the penis while an array of sexual images flashes before his eyes, to gauge arousal.