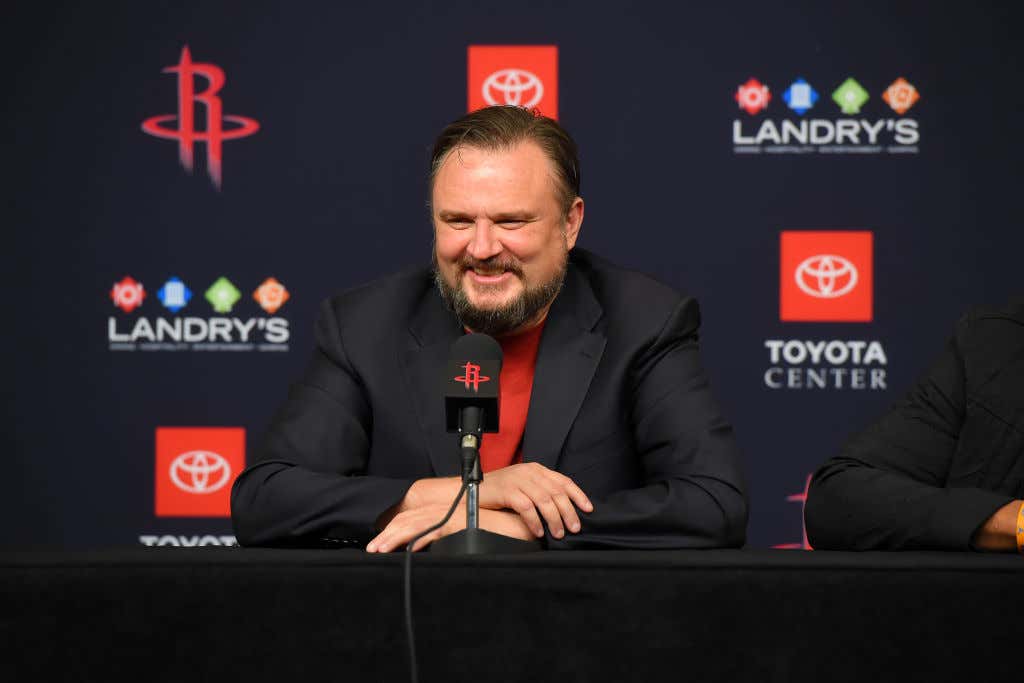 Daryl Morey became the full time GM of the Houston Rockets on May 10, 2007. Since then he's seen his Rockets win at least 53 games a total of 7 times. I don't think it's a stretch to say he's one of the best GM's in the league, but despite all that regular season success he's yet to get this team over the hump and to the top of the mountain. What I love about Morey is his ability to not give a single fuck when it comes to what you or I might think is the best way to build a team. He has his style and data to back it up and simply goes out and says fuck the haters. Sometimes it works, sometimes you miss 27 straight threes in a Game 7 in what probably would have been a title season. Shit happens.

There's no doubt though that among the all the teams competing for this year's title, the Rockets and Morey might have the most pressure to finally break through. Sure it would great for LeBron's legacy if he snagged another one, but his place in history is pretty much set in stone. It would be a relief for Bucks fans if Giannis got one because they wouldn't have to worry about him leaving. If the Clippers got one they'd become the kings of LA. The Sixers process would be validated. The Celts would add to their league leading banner tally and would validate Ainge's decision to not trade for AD and built around the Jays. There are a lot of teams that have pressure, but for me the Rockets are near the top of the list.

Think of NBA history. Only four prior times has a team had two MVPs on the same team in a three year span. Every single one of those teams went on to win the title. That's obviously what the Rockets have with Harden/Westbrook. Well Morey went on TV today and opened up about Harden, their chase for a ring, and a whole lot more

I think one of the biggest questions about this team is obviously their style. Not just the iso part, but the refusal to employ anyone over like 6'6. Safe to say the Rockets are unique in that regard. I think Morey makes a great point. The issue when it comes to the Rockets success isn't on the offensive side or the fact they lose iso ball and to jack threes. It's defense. I'd say its not an accident that when they fired their defensive specialist Jeff Bzdelik, their defense went to shit and it really hurt them. We know this new look Rockets team can get it done offensively, but as we've seen the times they struggle is because they can't stop a nosebleed. 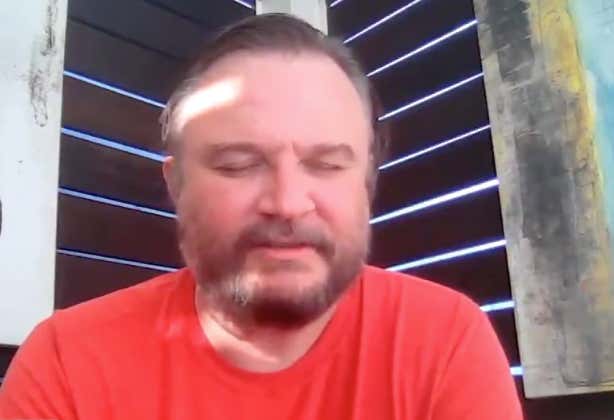 that's a man praying to the Basketball Gods with every ounce of strength in his body as he tries to speak that into existence.

You also have to wonder what the hell is going to happen with Mike D'Antoni if things are a disaster this postseason. He's in the last year of his contract and he's sort of the perfect coach for the style that Morey wants to play, but what if the owner wants a change? Then what happens. It's not like there are a ton of great options out there on the coaching market.

and whether you like Morey or not it's always interesting to hear how these guys think and Morey always delivers.

If the Rockets somehow stay in the 6 spot we're could have a DEN/HOU first round series which would be nuts, but I almost hope UTA slides to 6 and OKC/HOU are the 4/5 matchup so we can see Chris Paul go against his former team. That's the drama I want to see in Orlando and it would also give us a potential LAL/HOU second round matchup and remember, the Rockets went into LA with this new style and whooped that Lakers ass. That'd be a fun as hell series too.

No matter who they play though it's pretty clear this team is only going to go as far as their MVPs are able to carry them.