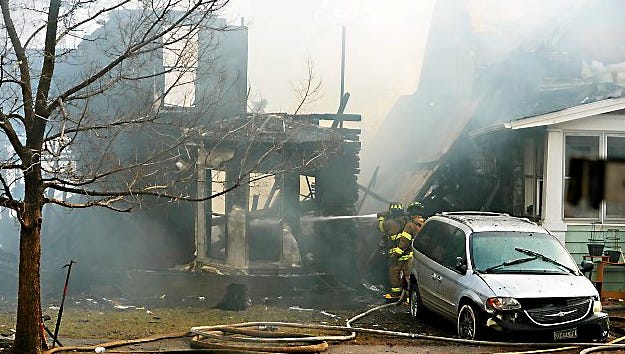 Twin Cities - A fire destroyed a 66-year-old man’s house in St. Paul and everything in it, including the TVs, but his cable service? He couldn’t get it canceled, at first. Jimmy Ware lost all his possessions in the wind-whipped fire in St. Paul’s North End on April 1. Since then, his daughter said, she had been calling Comcast but was unable to cut off his service until Tuesday, when the company did so and issued an apology. But when Jessica Schmidt had called Comcast for her father, customer service representatives asked for Ware’s account number, saying they needed that to cancel his cable. “Gone in the fire,” Schmidt told them. Ware got on the line and provided the last four digits of his Social Security number, which Comcast told him was still not enough. Schmidt grew increasingly frustrated because she wanted to focus on helping her father with more serious matters, such as where as he’s going to live or how he’s going to rebuild his life. The retired trucker had no homeowners’ insurance. “I’ve said to Comcast, ‘Here’s your choice, disconnect the service or send someone out to fix the cable, because it’s not working,’ ” Schmidt said. “The (Comcast) guy said, ‘That doesn’t make sense, because the house burned down.’ I said, ‘Exactly, shut the service off.’ ” After Schmidt said she called Comcast four or five times, she heard from the company’s corporate office Tuesday.

Bless your devilish little souls, Comcast. Their house burned down on April 1st. They finally got their Comcast canceled on Tuesday. That’s tremendous. I hate them so much but I respect how little they give a fuck about anyone or anything. They call people bitches, they charge you to fix their problems, and they won’t let you cancel if your house burns to the ground. Even better, the guy at Comcast remembered to rub salt in the wounds of the man who lost every earthly possession, which obviously is very important to the higher ups at Comcast. If they found out he didn’t rub it in that they burned their house to the ground they would not be very happy with him. Good to see he was paying attention in class. Never change, Comcast. Never change. (Well do change, be a company that not every single person hates. But now that I don’t have Comcast anymore, I don’t really care. But when I did have Comcast, they ruined my life every single day.)