You sometimes see these memes of white moms born in the 1990s who have created a cottage industry out of seeing how many unnecessary vowels they can cram into their kids' names. I've seen many of these being from the South, but for the most part, the names are usually harmless — even if they have unorthodox spellings. But every once in a while, you get one that makes you do a double take.

I love Reddit posts like this because sometimes you just can't beat the everyday goings-on of normal people. This woman and her Vietnamese husband are set to have their first child and let the rest of the family know that the baby's name will be "Van." Seems fine enough to me.

But apparently her sister was none too impressed with the name and voiced her displeasure. And, as is usually the case, it is that woman's complete lack of self-awareness which gave us this fantastic story, because it turns out she has a rather unique name for her child which her sister doesn't like either.

So obviously at this point all I wanted to know was the name — and boy, did it deliver. 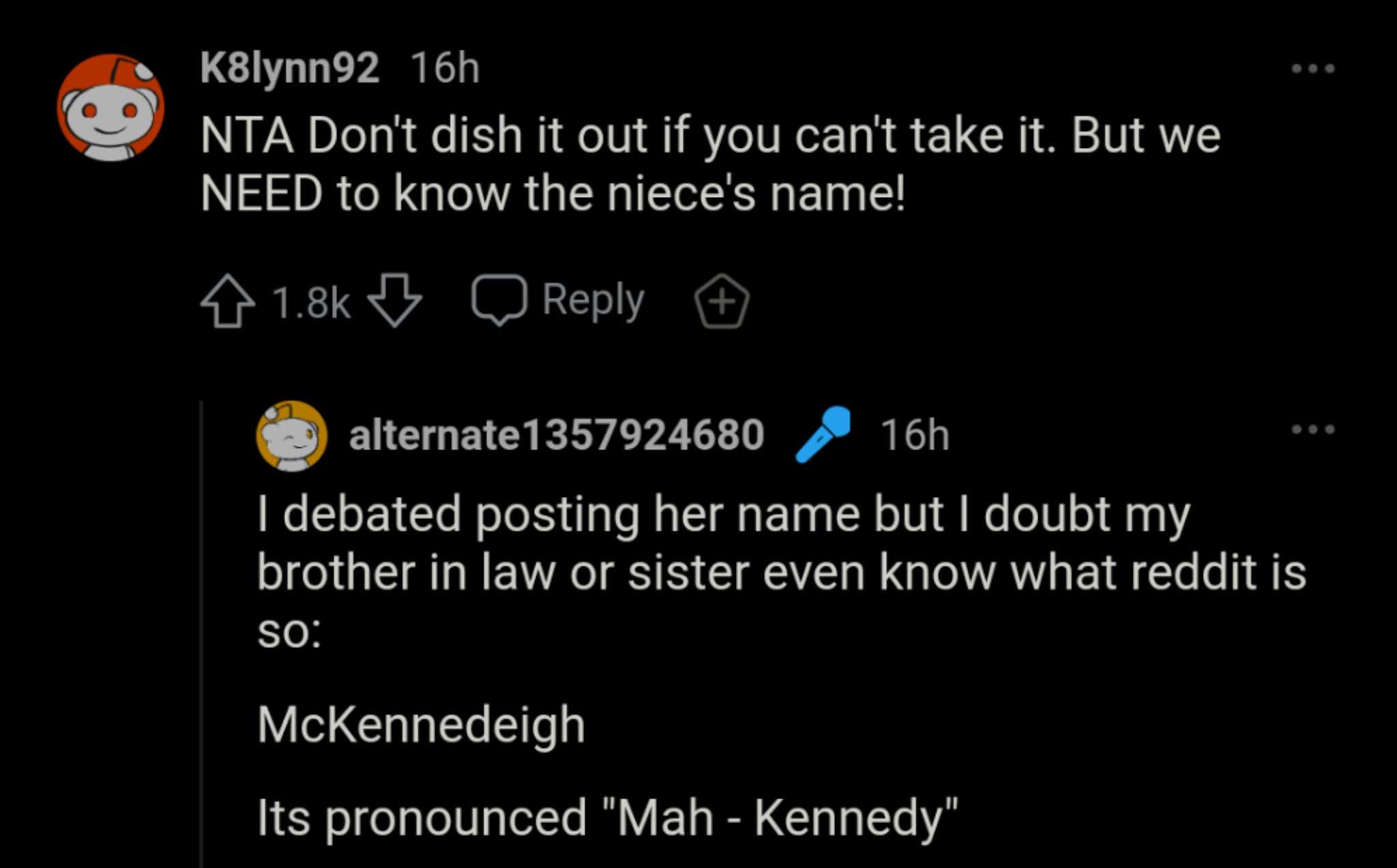 Why in the world would anyone do that to their child? I used to get pissed at my mom for spelling my name "Conner" because half the things I own say "Connor" on them, but McKennedeigh should seriously be classified by the government as cruel and unusual punishment.

Does that mom understand that poor child will one day have to do things like go to school and get a job? I know we've tried to crack down on bullying in the last decade or so, but something tells me McKennedeigh might hear a word or two about her name.

I have said before a little adventurous vowel usage in female names can be great. Give me every Ashlee and Alli you can find. But I think it goes without saying this is about six bridges too far.