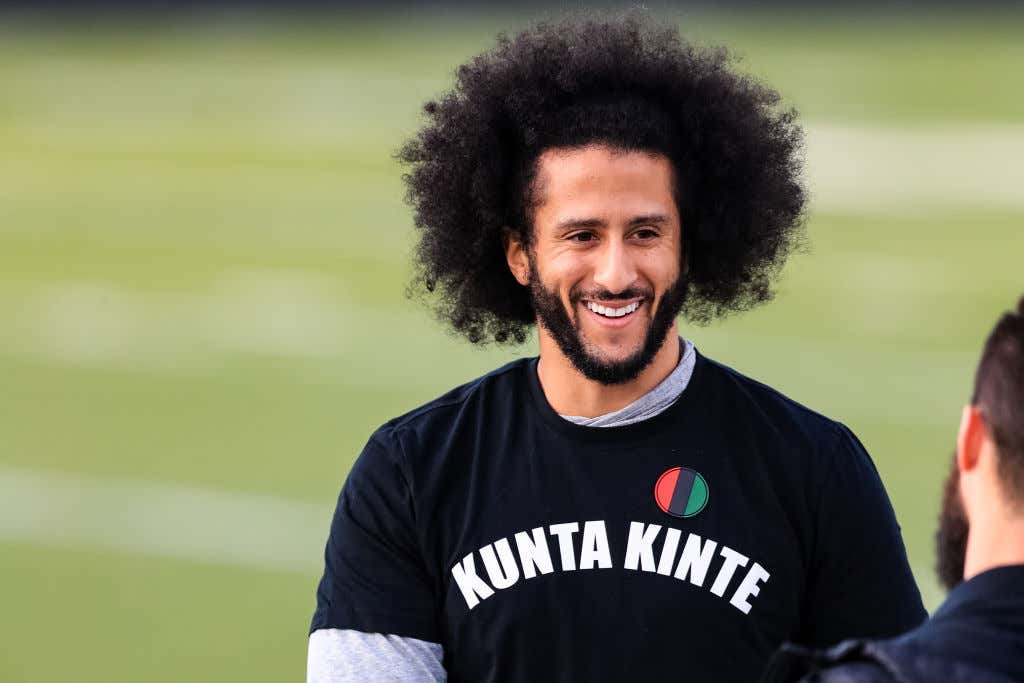 SOURCE-Seattle Seahawks coach Pete Carroll says he has been contacted about former NFL quarterback Colin Kaepernick, hinting the player who began kneeling protests might have a future in the league.

Carroll told reporters Thursday that he regrets not signing Kaepernick when he met with the Seahawks in 2017 but indicated that someone seeks information about the former San Francisco 49ers star.

"I got a phone call today asking and inquiring about the situation," Carroll said. "I know somebody is interested so we'll see what happens with that."

The narrative that Kaepernick was a backup NFL QB when he left the NFL is a bit overblown. His last season on the 49ers, Kaepernick saw himself throw 16 TDs and just 4 INTs in 11 games started. It is worth noting that he was 1-10 in those games, but the man wasn't given any advantages with the 2016 49ers roster. Kaepernick's most impressive trait was his ability to not turn the ball over, just a 1.2% INT%. From 2013 - 2016, Kaepernick ranked 7th in INT% among qualifying QBs.

Let's look at a few other advanced stats from 2016 among QBs.

As we can see, Kaepernick wasn't anything special, but for a guy that was just 29 and finished a season coming off a knee injury, he was certainly in the top 30-40 QBs in the world.

What about now? Let's say Kaepernick was the 25th best QB in the league at the end of 2016…where does that leave him now, 3 and a half years out of the league? It's fair to say he is still top 64, so a backup QB. Determining a backup QB is difficult though, because some backup QBs are development projects for teams, so a 23-year-old is more valuable to them than a 32-year-old. Also, how does the backup QB fit your scheme. RG3 fits better with the Ravens than say a Matt Barkley does.

The question for Kaepernick would be whether or not he wants to return as a backup. No team is going to reach out to him to be their starting QB. Cam Newton is still looking for a team that will designate him as a starter.

Would the money be worth it for Kaepernick? I'm not sure of his financial situation, but we can look at what he could potentially make. Here are some salaries of current NFL backups:

Would Kaepernick come back for say 3 million per year? That is where I would assume his contract would be around. Maybe within his contract, he could negotiate a deal where he gets a higher percentage of money based on jersey sales? That would increase his yearly pay because I'd assume his jersey would become a top 5 purchased jersey if he did come back. I don't know if the NFLPA would allow that to happen.

All we can do is wait and see.