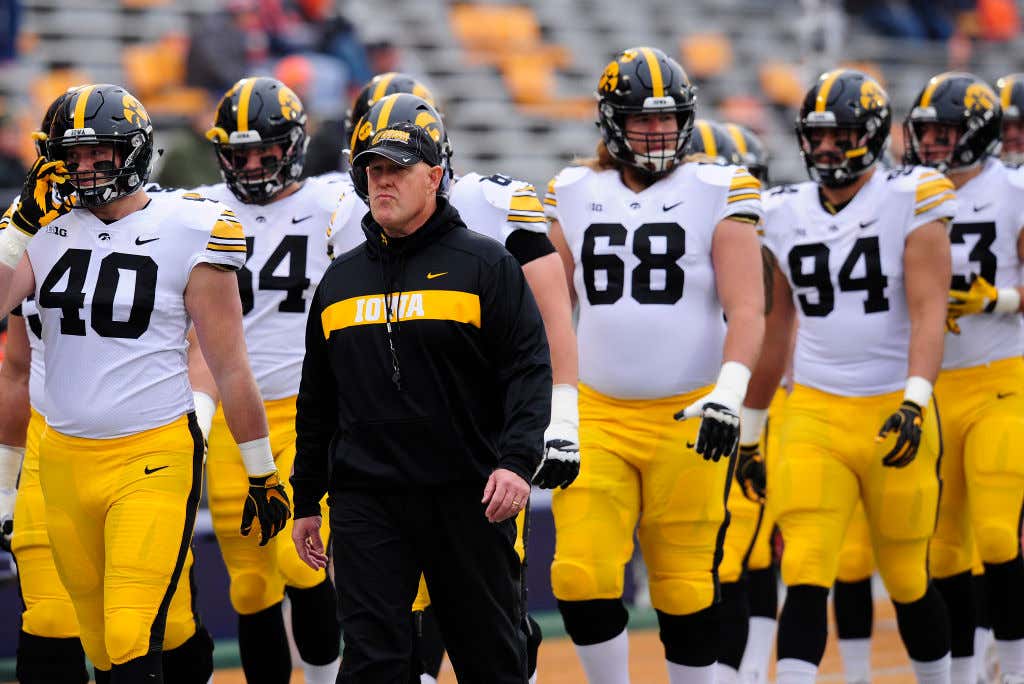 Yahoo!- Iowa has officially parted ways with strength coach Chris Doyle. Doyle, the strength coach at Iowa under Kirk Ferentz since 1999, was put on leave earlier this month after a bevy of former Iowa players spoke out about negative experiences they had involving Doyle. The accusations from former players included racist comments allegedly made by Doyle.  On Monday, the university announced it has “reached a separation agreement” with Doyle, effective immediately. The news comes as an independent review “relating to racial disparities within the football program” is set to begin.  As part of the separation, Doyle will receive 15 months of base salary, which equates to “two separate lump sum payments of $556,249.50 on Aug. 1, 2020 and Jan. 1, 2021.” “We wish Chris the best moving forward in his career,” Iowa athletic director Gary Barta said in a press release.

And there it is. This move felt like it was coming from the moment former Hawkeye players starting telling their stories on Twitter a week ago. The stories centered around how black players felt like they were treated differently and unfairly by members of the Iowa coaching staff and many of those stories centered around strength and conditioning coach Chris Doyle. Racist accusations were made against Doyle and, after an independent investigation into the football program, Doyle will no longer be part of the Iowa football program. As an outsider looking in, this feels like the right move and an inevitable one. Kirk Ferentz and the entire Iowa football program obviously have a lot of work to do in-house to fix the problems that former black players came forward about on social media and it would've seemed disingenuous had they moved forward with Doyle still on the coaching staff.

By the way, I'm not smart enough to know the legal differences between a separation agreement and a straight up firing but it sounds like Doyle will get 15 months of base salary which comes to around 1.1 million dollars. That's a lot of money for agreeing to part ways after being at the center of racist accusations in your football program/getting fired. I don't know if a separation agreement and all that money means that Doyle agrees to not sue the University of Iowa after the fact or what, again I'm not a lawyer. My guess is it had to be something like that. Before the separation agreement Doyle was the highest paid strength and conditioning coach in the country. Time to move forward.