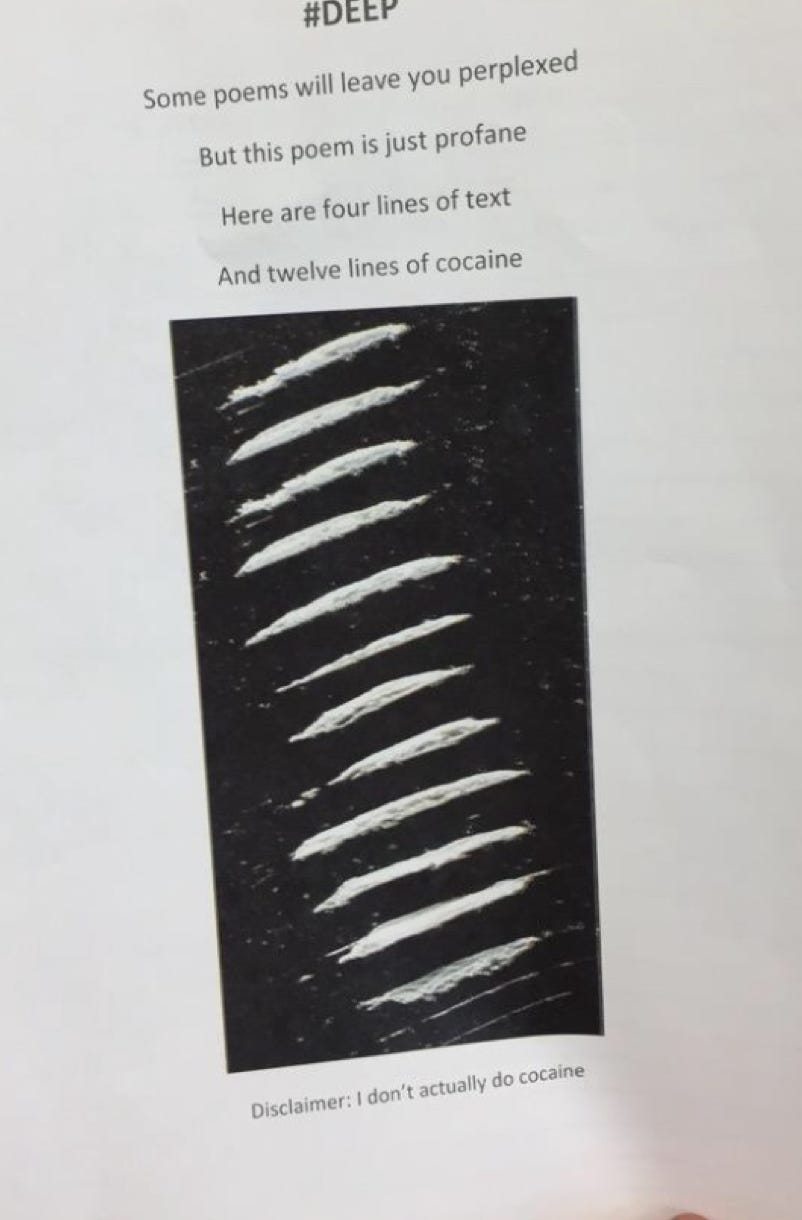 The teacher asked for a 16 line poem, this is what the kid turned in

DEEP, son!  Very deep.  Or not.  Or maybe it is.  That’s the thing about poetry.  Nobody has any what any of it is about.  People will tell you they do but they don’t.  It’s all subjective.  Did you ever have to read poems for any class you took?  You probably did and you didn’t understand a lick of it. Thats because there’s nothing to get.  One person will read a poem and say, “I think it’s about the human condition and how the poet was dealing with his inner battles” and another person will read the same poem and say, “I think it’s about unicorns and daffodils.”  Both correct!  A+’s all around!  Poetry is the easiest and hardest thing to read at the same.  Hard because it makes no sense and easy because it makes no sense.  That’s what makes this kid’s cocaine poem so genius. His teacher won’t be able to tell that he put zero thought into it.

PS- Don’t put the disclaimer at the bottom.  Come on.  Leave the people wondering if you’re hooked on the booger sugar or not.  It’s called being an artist.