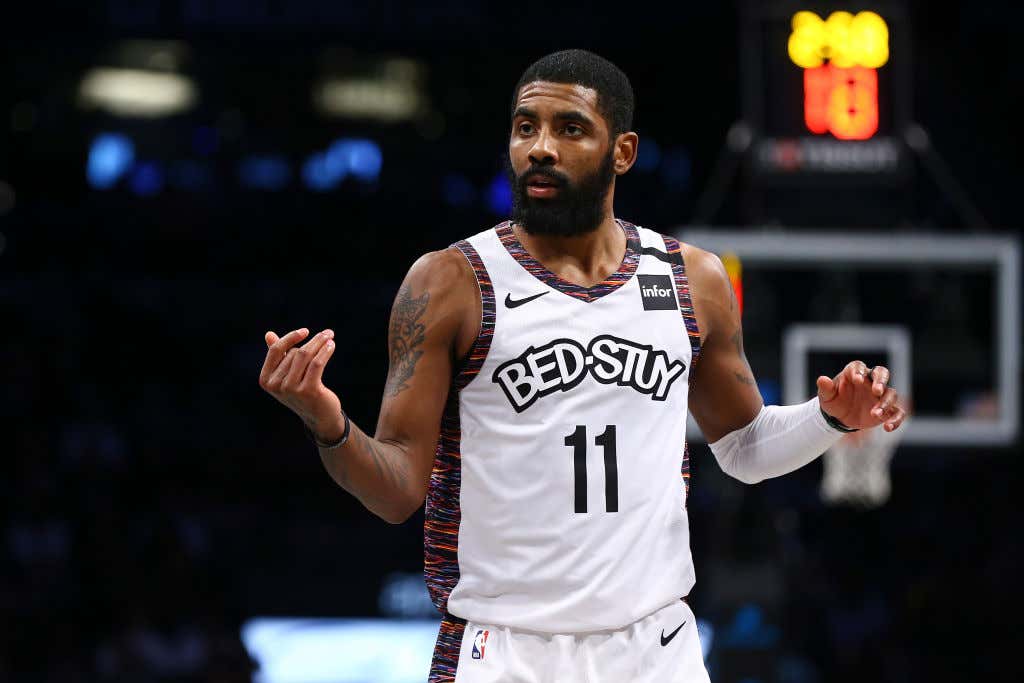 Last night was the first time pretty much all quarantine where NBA Twitter was at full strength. After the details started to leak about Kyrie's comments on that players call, shit went nuts. But as everything was unfolding I couldn't help but notice how different it was being reported. It's no surprise that in a situation like this the league and owners have a pretty big interest in things starting back up again. Think of how quick we on the internet were led to believe once the NBPA agreed to the 22 team format that the NBA was officially back. Shit, I fucking blogged that exact thing. But in reality all that agreement meant was that the NBPA agreed to keep negotiating. That's a HUGE difference. But we were all foaming at the mouth for sports so any sort of positive leak was going to lead to that reaction. It wasn't an accident. You can't help but think that narrative was thrown out there by the owners in an effort to make sure all the players fell in line and things came back. If the bubble fell apart, it wasn't going to be because of the owners ya know? That's kind of fucked up.

Then take the events of last night. It pretty much all started with the story from Woj

which I don't know how you can read and not think that Adam Silver and the league were his source. Some of the ways he wrote things were pretty wild. It was straight out of David Stern's playbook.

Irving, 28, has forged a reputation as a disruptor within his career, and that's emerging again at this crucial moment for the NBA. Irving's stance has pitted him against the league's establishment, including his former Cavaliers teammate LeBron James, once again. There's significant support to resume the season among the league's superstars -- most of whom are on playoff contenders -- and Irving seems to be relishing the clash.

Because Kyrie is one of the VPs of the NBPA he spoke up, and like I said yesterday was most likely voicing the opinions of how a lot of players felt. But on some level this was trying to be spun as Kyrie vs everyone else, including stars like LeBron. How the hell could anyone know that Kyrie is "relishing the clash?" That makes it seem like it's just a game doesn't it? So why is this interesting. Well I couldn't help but notice that there was a certain quote missing from this story and Shams' story as well. We all saw the "systematic racism" and "something smells fishy" comments, but neither story had this

You won't find that in either places, which to me is suspect as hell. Why is it that we should believe all the quotes in those other stories but not the ones from Haynes? Why not include that quote as well? That doesn't exactly feel like the whole story. Because in reality it seems like while Kyrie does have concerns and may be against it, but at the same time he's willing to understand and see both sides.

I'll say it again. Kyrie is not the only player who feels this way. In fact, the message he is trying to convey is something pretty much everyone should agree with. But here's the problem. It's coming from someone who people don't want to hear it from. For example, is Lou Williams getting dragged on the internet right now?

Most definitely not to the level we saw with Kyrie. If Chris Paul had said the same quotes Kyrie gave on this call, the reaction would not be what we saw unfold last night. You know it and I know it. Think of what this call was. It was a chance to continue a discussion about a potential return where players of all levels could voice their opinions. Not everyone is going to agree. Some people are going to say some outrageous shit, but that's what a dialogue is. If there is a way to return to basketball but also find a way to enhance the message and not be a distraction, well isn't that what everyone should be striving for? In order to do that, you have to talk it out right? See both sides, understand where someone is coming from and then form a solution that works as best it could for everyone involved. That should be the goal.

But it felt like last night the plan was to make this more about the player saying these things (Kyrie) than what he is actually trying to say. People telling Kyrie to shut the fuck up because he's not playing and that he's just being selfish. You had shit like this

That's messed up, at least to me. I know he can come off as "woke" and has word vomit like you read about at times. Kyrie sort of lost me when he said he would give up everything, yet I didn't hear about him retiring this morning. But his point, and the point I'm sure he was making for a lot of other players who maybe didn't want to speak up isn't "wrong". It isn't "selfish". It's part of communicating. So any player that has a concern about returning should just shut up and dribble and go with the plan and not bring it up on a call WITH OTHER PLAYERS? That feels like going backwards to me. And again, if you read Chris Haynes' story it's not like everything being said was about not returning. But that wasn't the popular narrative last night which is shady. Period.

Of course, there's also a financial side that all players need to be informed about as well. Not just for this season, but for future seasons

the whole point is that players need to collectively understand all sides. The economic side and the human side. To me, that's all this call last night was. But instead it turned into something that I sneaky feel the owners want. Make Kyrie out to be the bad guy so maybe other players are afraid to speak out and just go along with the return plan.

Listen, lord knows I'm not the biggest Kyrie fan on the planet. But that's for basketball reasons. That's because he quit against MIL. I just call it like I see it and to me I see someone who was just doing his job as the VP of the NBPA and speaking up for those who may not have a voice. I'm also someone who desperately wants basketball back but at the same time didn't last night prove Kyrie and Lou Williams' point to some degree? All the talk shifted into what a whacko and selfish player Kyrie is and not about the message he was actually talking about in the first place.

There is still a long way to go in figuring out what this return looks like, but in order for that to happen everyone's voice needs to be heard, even if you don't agree with what they are saying. That's how you come to a unified conclusion, which is the whole fucking point.