There's only one movie I keep tabs on these days and it's Godzilla vs. Kong. Every day I give it a Google search to see if any more details get released. I'm so pumped for this movie and I don't care who knows it. Godzilla: King Of The Monsters was so awesome and perfectly made. I pretty much bought HBO now to rewatch it time and time again. Godzilla vs. Kong was scheduled to come out this May. First it was the 22nd, then the 29th, then it got moved up to March 13th, and once COVID happened it was pushed back until November 20th. I kinda hated that final release date since it lined up right with the last Daniel Craig James Bond movie. Those two blockbusters deserve their own dates.

Well, over the weekend Godzilla vs. Kong director Adam Wingard announced on Instagram that the film will be delayed a AGAIN. This time until May 2021.  FUCK! 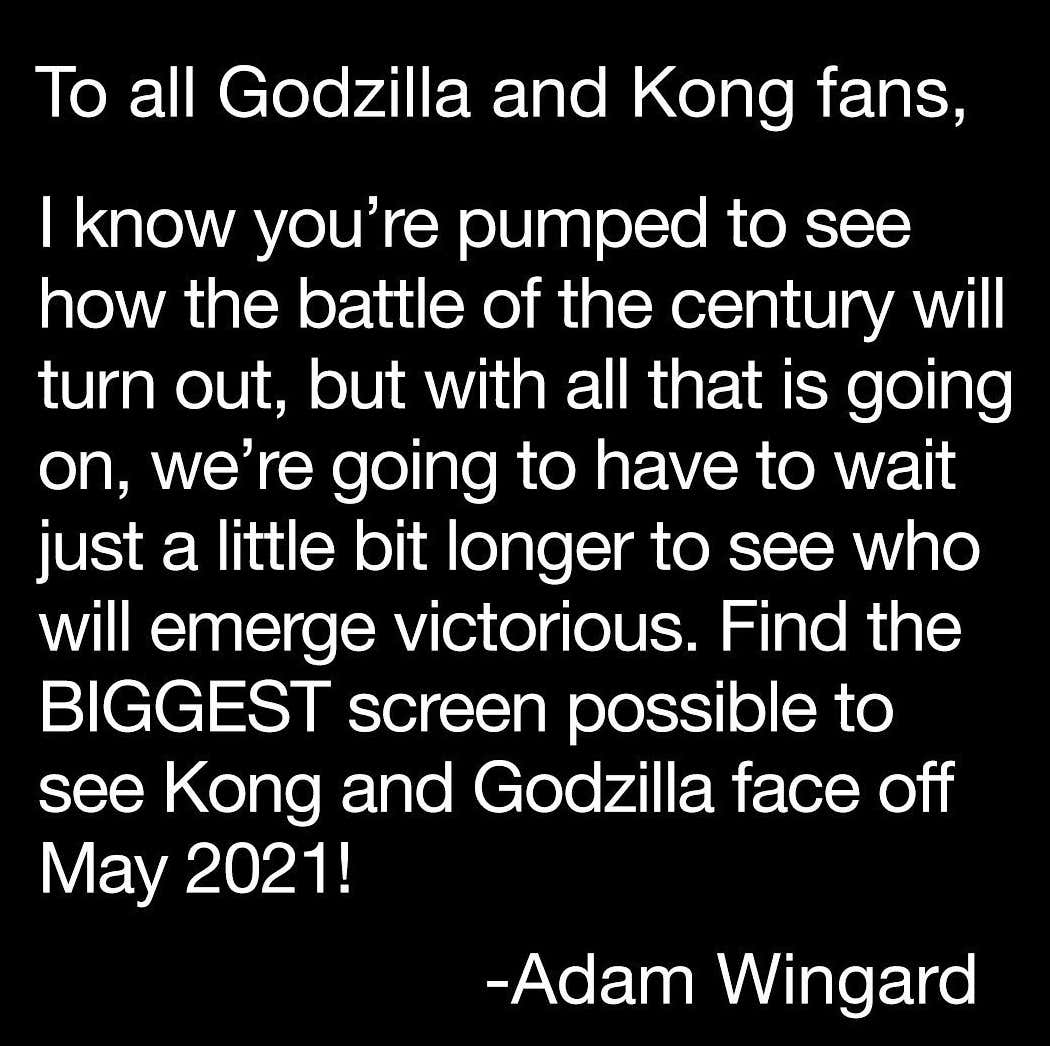 All things considered this is the right move, but it still SUCKS. This movie was already supposed to be well ingrained in my head as I waited for a sequel. Nope, I'm just sitting here waiting for a few still shots. We're not even talking a trailer yet. Probably won't get one until Christmas I'm guessing. God fucking dammit COVID.

Well anyways, here's some Nuclear Godzilla to get the juices flowing. I have no idea how King Kong lasts 10 seconds with this guy.