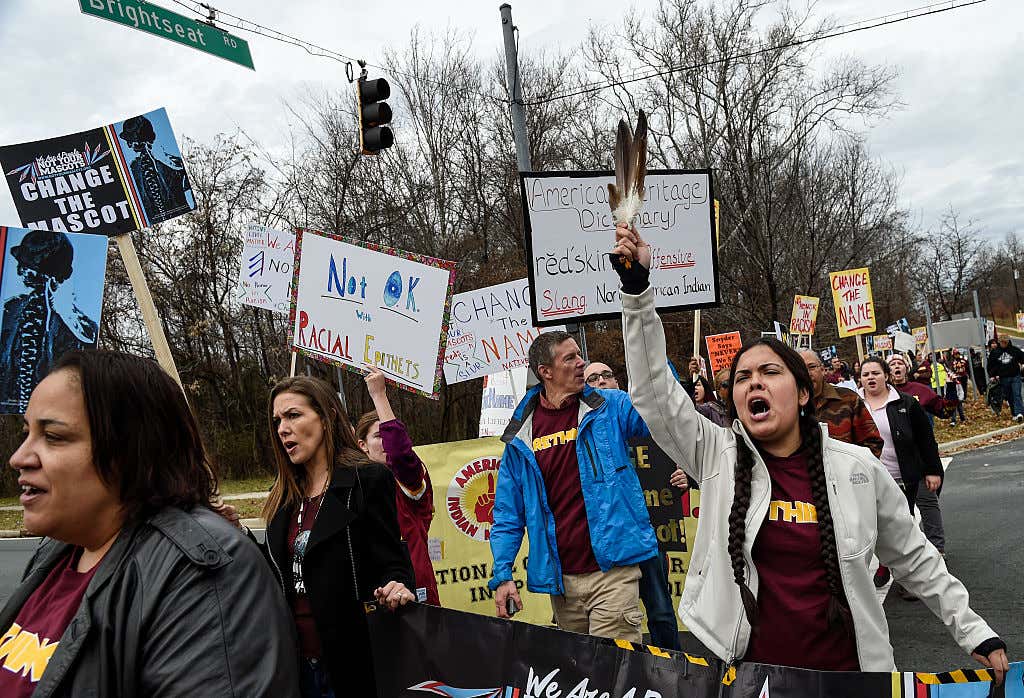 Pro Football Talk - Washington D.C. mayor Muriel Bowser has entered the fight over the name of her local football team.

During an interview on The Team 980, Bowser made her thoughts on the name clear.

“I think it’s past time for the team to deal with [a name that] offends so many people,” she said, via NBCSportsWashington.com. “And this is a great franchise with a great history that’s beloved in history and it deserves a name that reflects the affection that we feel for the team.”

Given owner Dan Snyder’s pushback to any such calls, it may not appear likely that her words will have much weight.

But with so many things changing around us by the minute, and the NFL signaling an intention to create real change, pressure could mount.

Look, I'm not Native American so I don't get to decide if the name is racist or offensive or not. There are Native Americans who do find it offensive, and Native Americans who see honor in it. I am on the side of them changing the name simply because I find it strange to use a skin color as a mascot. Especially profiting off a people who were nearly wiped off the continent. I volunteered on a reservation and learned so much about Natives that it began to feel weird that my favorite football team uses their culture as a mascot and they get nothing in return. I don't know. It's not as bad as "Indians" and their Chief Wahoo mascot, that's for sure.

I feel like when I started at Barstool the "change the name" controversy was weekly. I mean fucking South Park did an entire episode ripping Dan Snyder and the Redskins in 2014. It was everywhere. And Daniel Snyder did not budge. He didn't crack even a little bit. In fact, he got more obnoxious about it. The demand to change the name died down somewhat- I mean there are still stories about it here and there, maybe every 3 months, but the huge rush died down. It will never go away though.

I don't know what the answer is. I think it'd be cool to be the Washington Americans, build a stadium bigger than Jerry World, and shit down the Cowboys throats. You can also just change the name slightly to something like this

which would also be cool.

Or they keep it as is and continue fighting this battle until the sun explodes and we all die. Again, I don't get to be offended by this name, but I do find it strange in concept alone to use a skin color as a mascot. I don't think Snyder will ever budge on this, but hey, he fired Bruce Allen so maybe anything is possible.