Let me make something crystal clear — clearer than the Ohio River off the coast of Parkersburg on a smogless Summer day: I’m proud that Wheeling, West Virginia is my hometown. From the day I moved there as a wee infant to the day I saddled up and left for college, it was always a place that I could undeniably call my address. Aside from Kent, Youngstown, New Jersey, and New York City, it’s probably the nicest and cleanest place I’ve ever lived. So yesterday, when I finally got the chance to help promote the wonderful city on a relatively large platform, I fully expected Wheeling residents to be ecstatic and grateful. That wasn't the case. 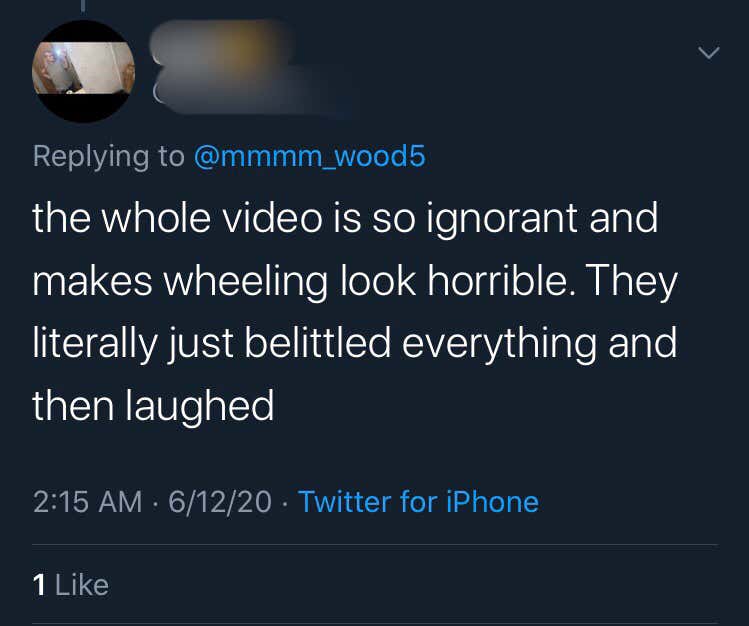 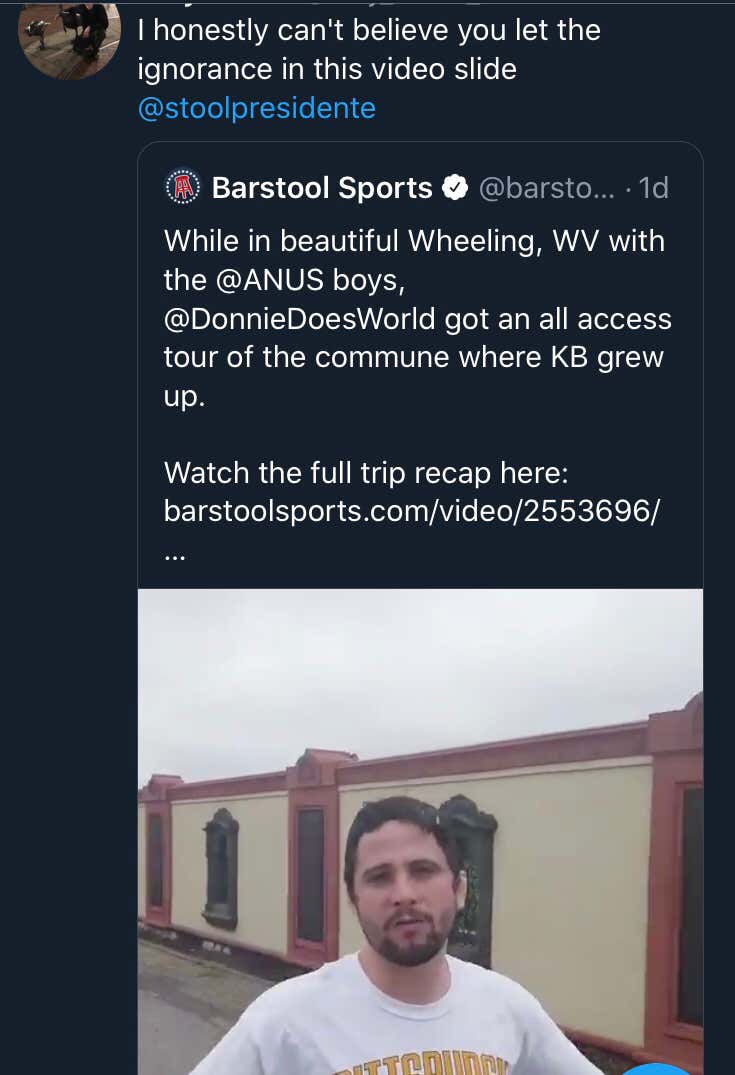 Yup. Nick and I took one on the chin. As someone who's devoted a large portion of his journalistic career to spreading nothing but earnest positivity about various geographic locations across the country and globe, this one stung. I thought we were doing my hometown a generous service by showcasing its unique charm. As Donnie and his little brunette piece found out, every trip to Wheeling is like traveling through a time portal to a historical wonderland that's half archaic and half futuristic. 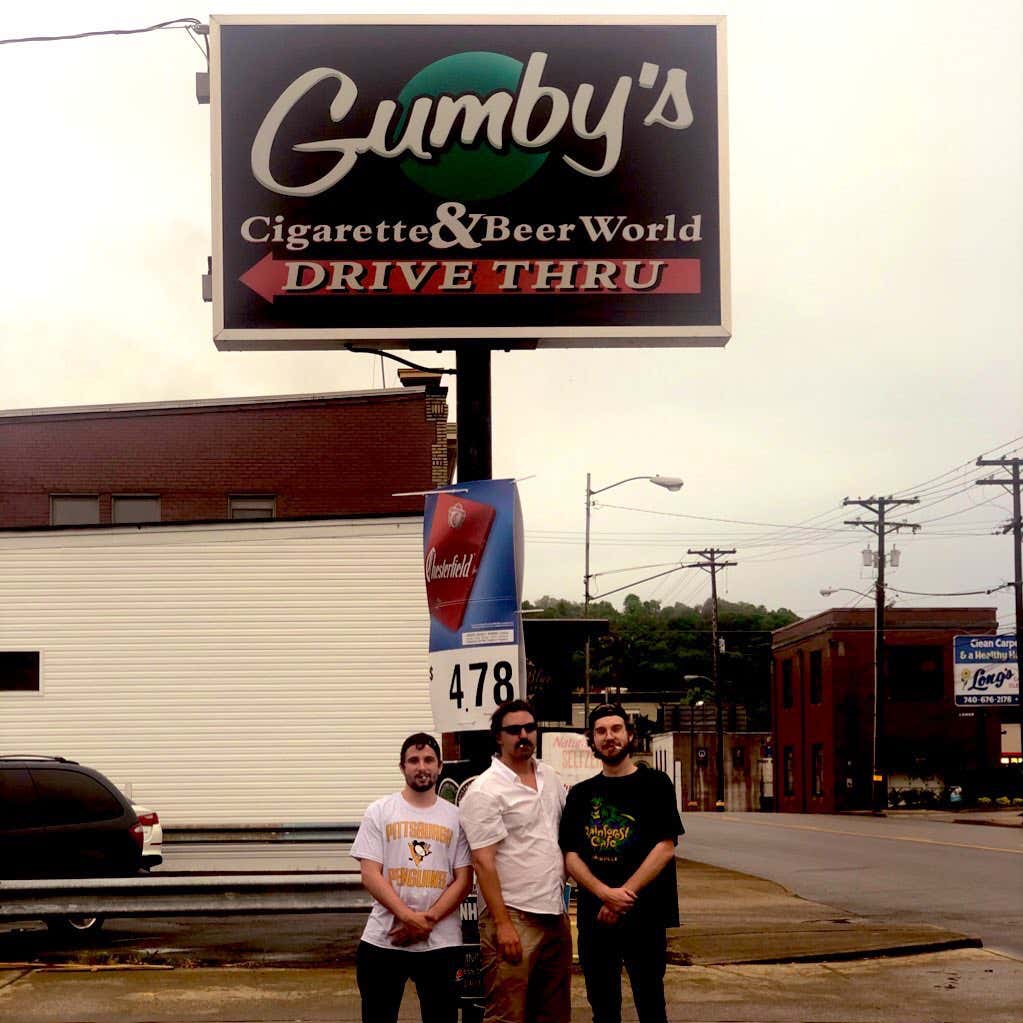 For example, if it weren't for that innovative Gumby's Drive Thru sign, this could very easily be mistaken for a colorized photo of the 1930s. All three of us actually showered at least an hour prior to this, and it still looks like we just finished up a 16 hour shift at the petroleum factory and hopped out of our Duesenbergs to take drags of Lucky Strikes and catcall dames. That's the beauty and mystique of Wheeling. The exact type of beauty and mystique that combines the thrill of NASCAR with the allure of plus-size strip clubs.

I guess paying homage to the most famous dancers at one of our town's top gentlemen's clubs was considered "belittling" and "ignorance." Danica Fat Trick and Blobby Labonte were instrumental in our transition from boys to men. Did you want us to just outright ignore the local legends who were such a gigantic part of our lives? 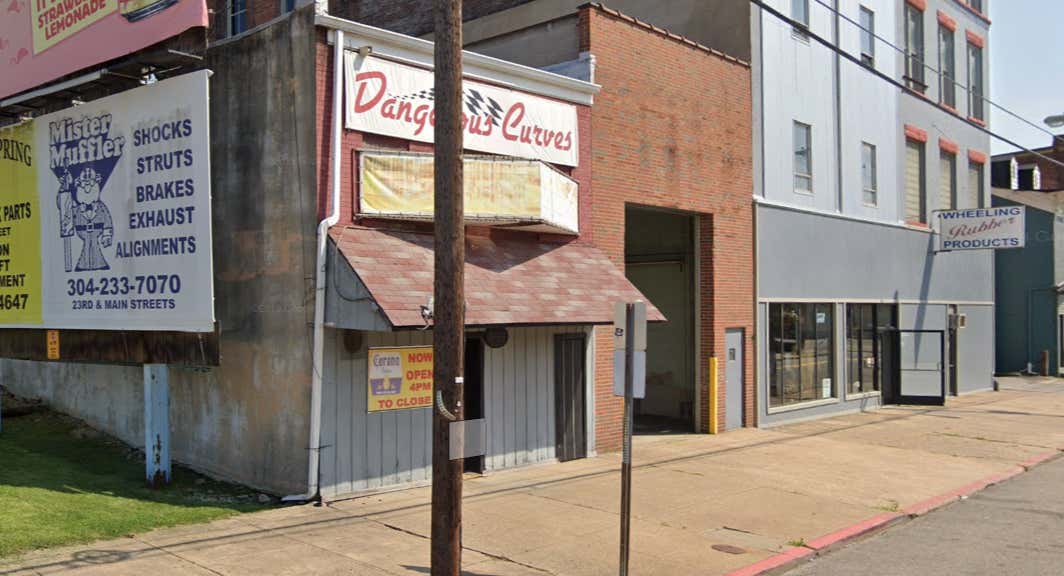 Smoking K2 behind Mister Muffler and then going to Dangerous Curves to get two-for-one lap dances from Whale Earnhardt and her legal daughter Whale Earnhardt Jr. was amongst our favorite pastimes. What more could we have done for Donnie? Showed him Godfather's Part 1/2 and raved about the otherworldly hips of Diane Eatin' and Francis Ford Capicola? 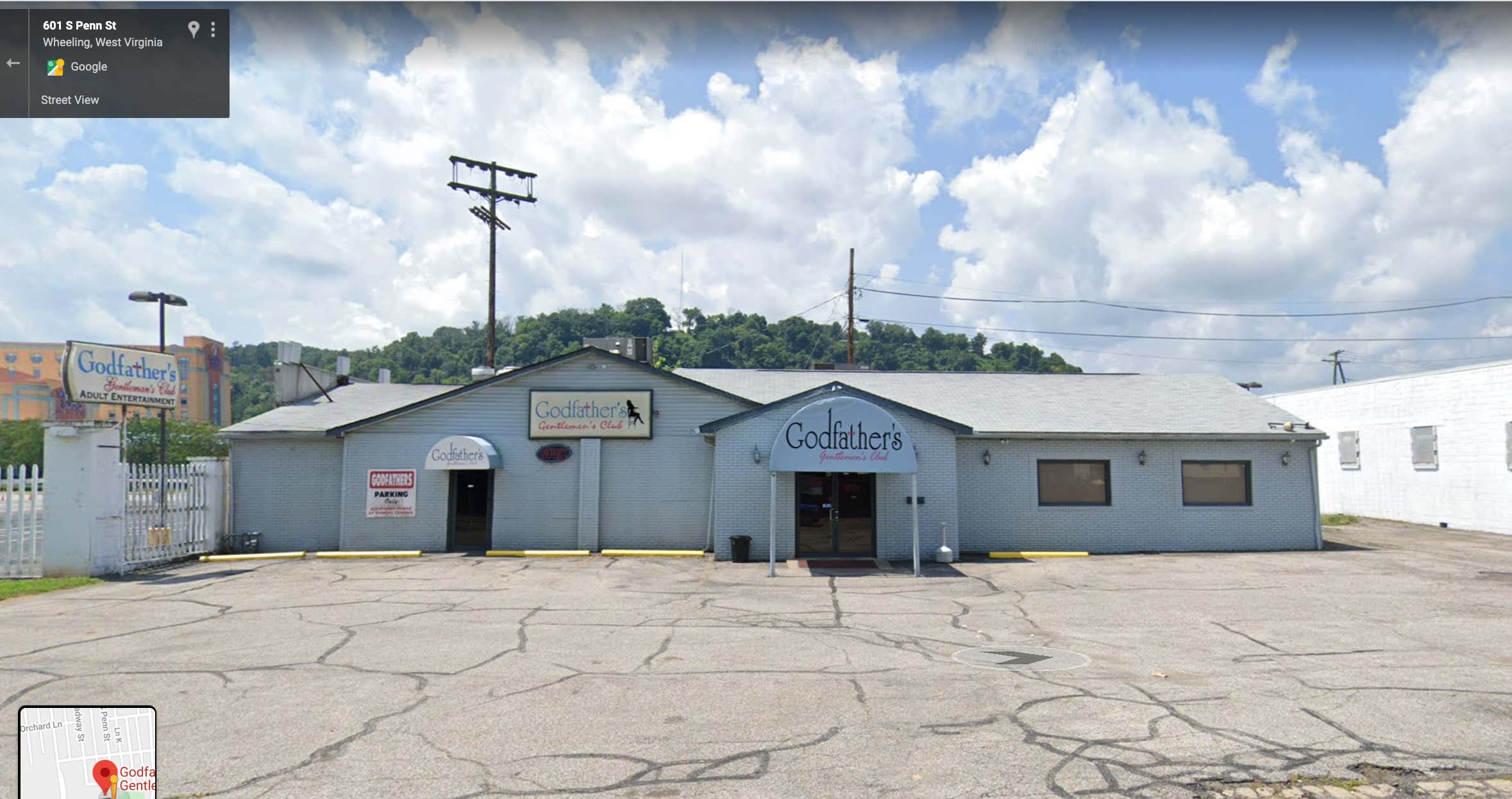 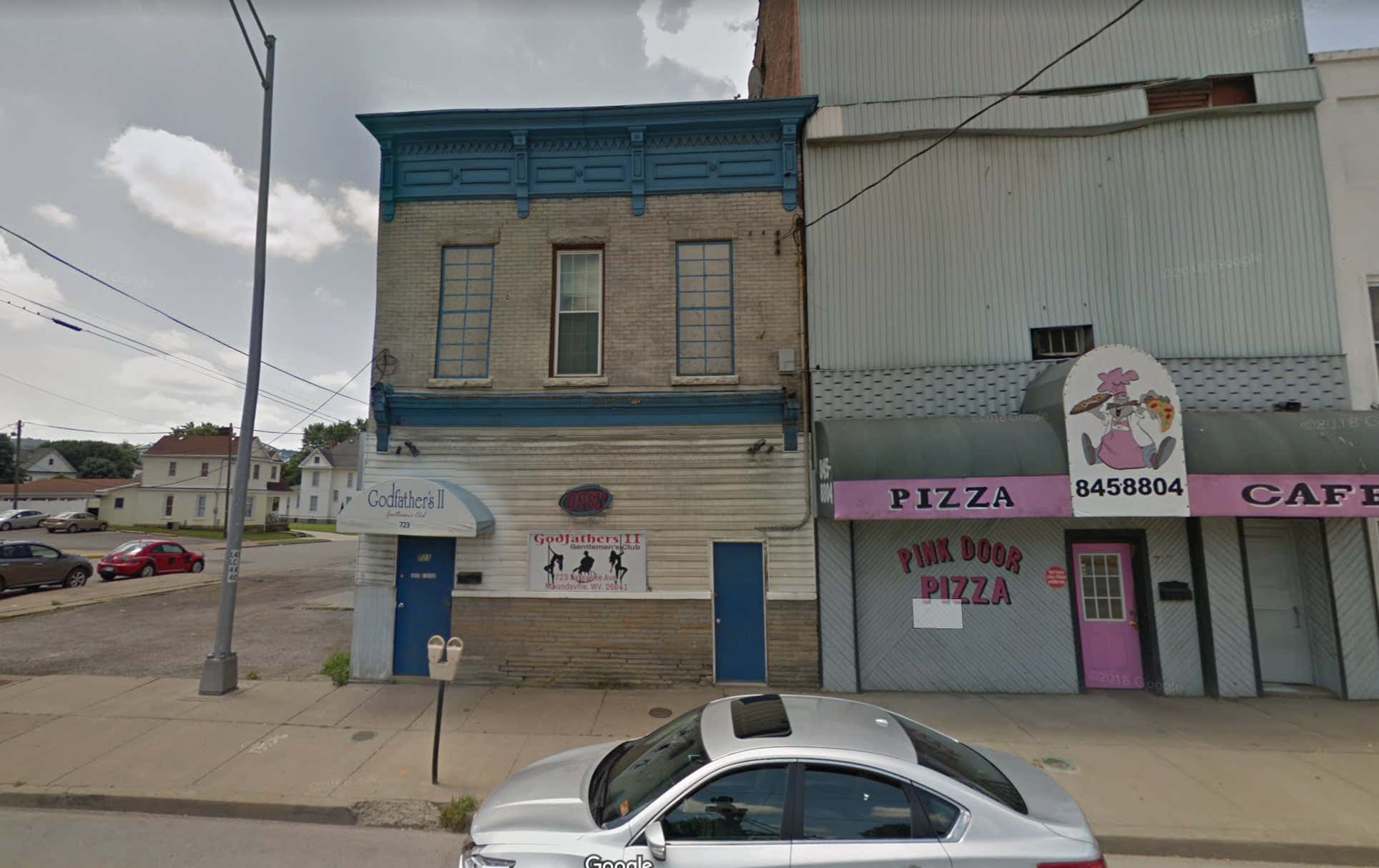 The video would have been three hours long if we did all that. 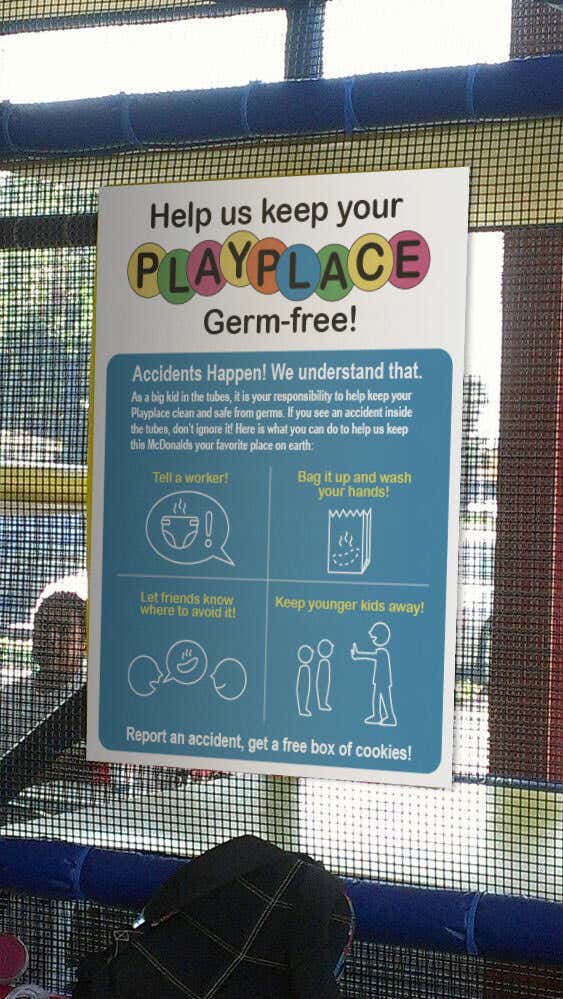 Was it really "ignorant" of Nick to bring up such an important aspect of Wheeling history and culture? Aside from the McTickler, our local McDonald's was also the only fast food franchise in the world to offer the Turd Exchange Program: an initiative that helped countless underprivileged children and Carter Huffman enjoy free Fry Kids cookies until they got blacklisted or Diabetes. 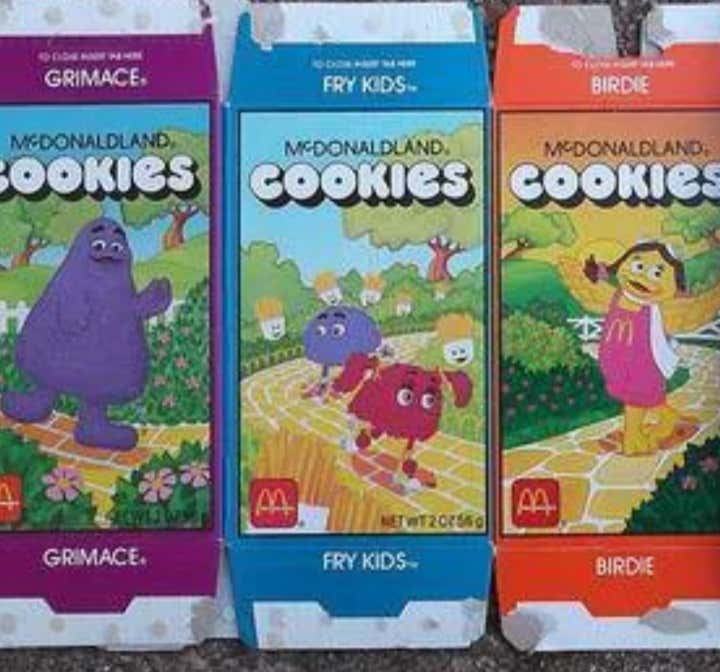 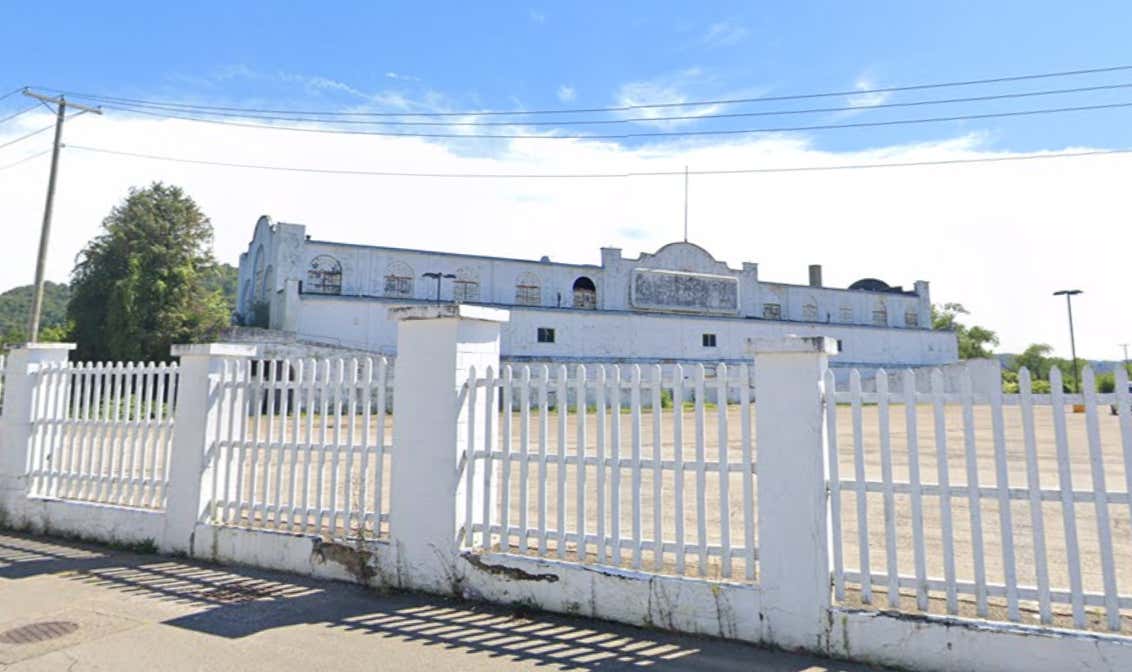 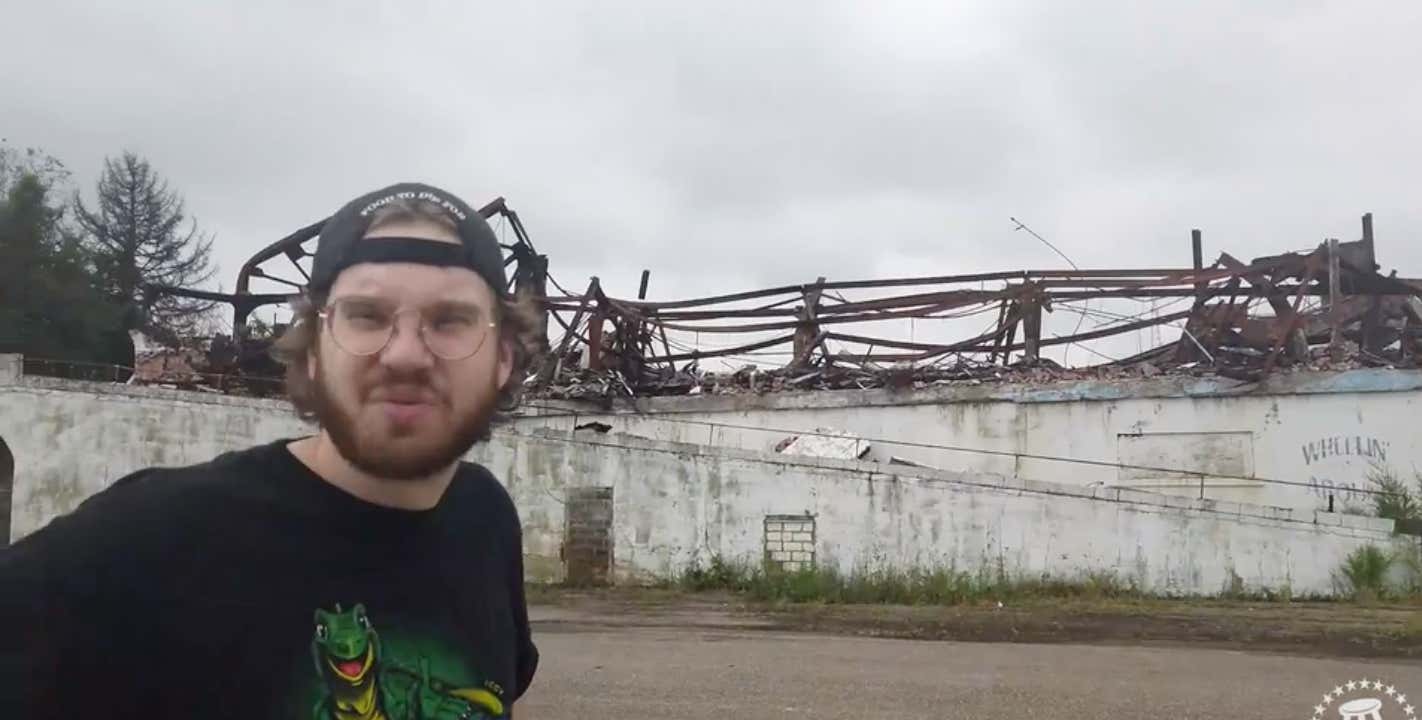 Much like Machu Picchu, the ancient ruins of the Wheelin' Around roller rink is one of the most historically significant monuments within its city limits. For a hell of a while, Wheeling was known as the "Incan Empire of North America" and Nick was known as the "Antonio de la Calancha of getting standing hand jobs on rollerblades." Did you really expect us to just gloss over such an important attraction?

Paul Bissonnette and the River People 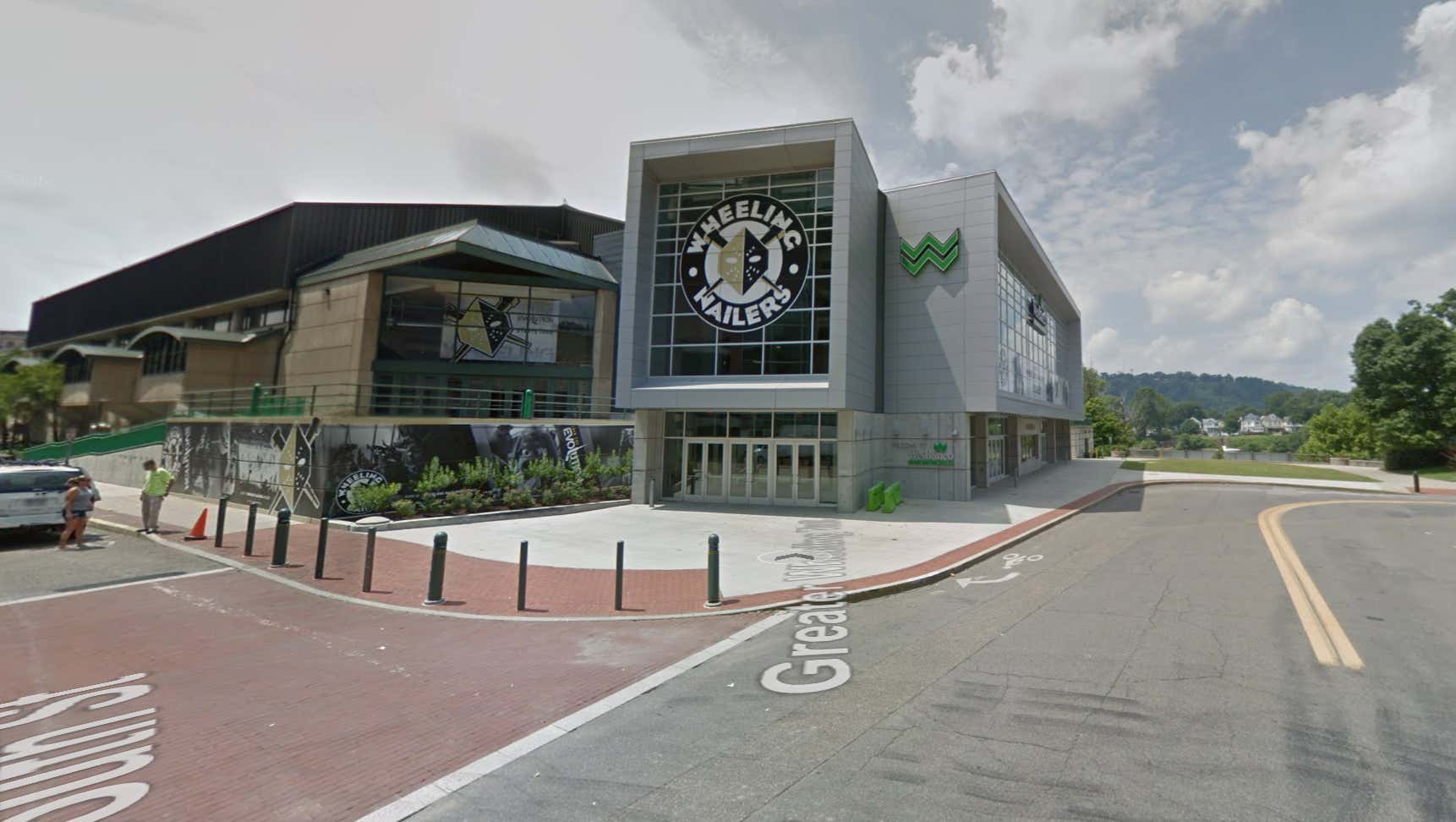 When we mentioned that Paul Bissonnette's departure from Wheeling left such a large surplus of unfucked pussy that even the River People were starting to finagle some box, that wasn't intended to be disrespectful toward the River People or the local women. It was simply a testament to Biz's sexual prowess. And it's not like the River People were celibate when Paul was in town. They were still fucking. 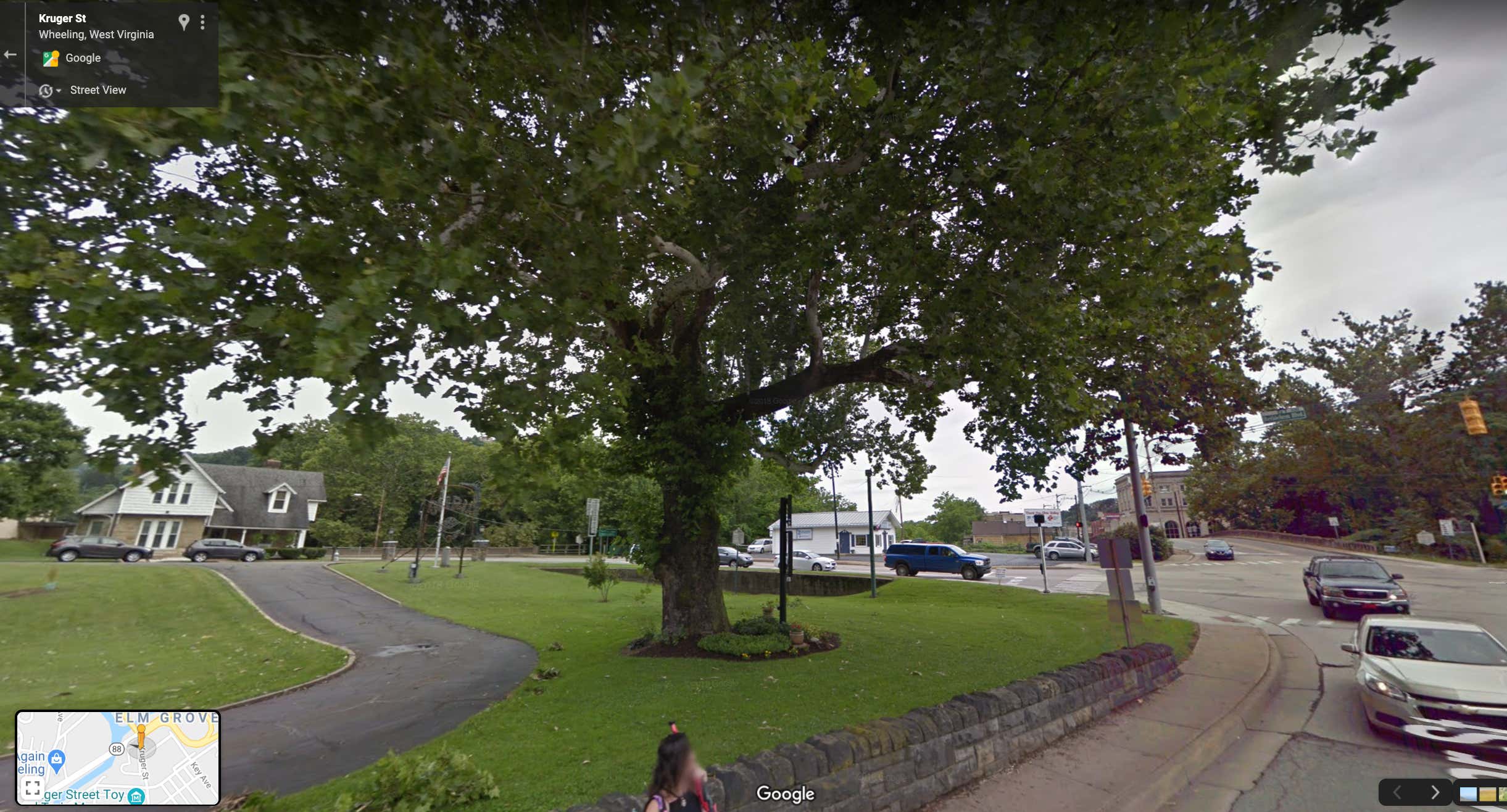 I mean I guess we could've shown off the famous Osiris Shrine tree...which has strategically been converted to a tree shed stump monument in order to boost tourism tenfold... 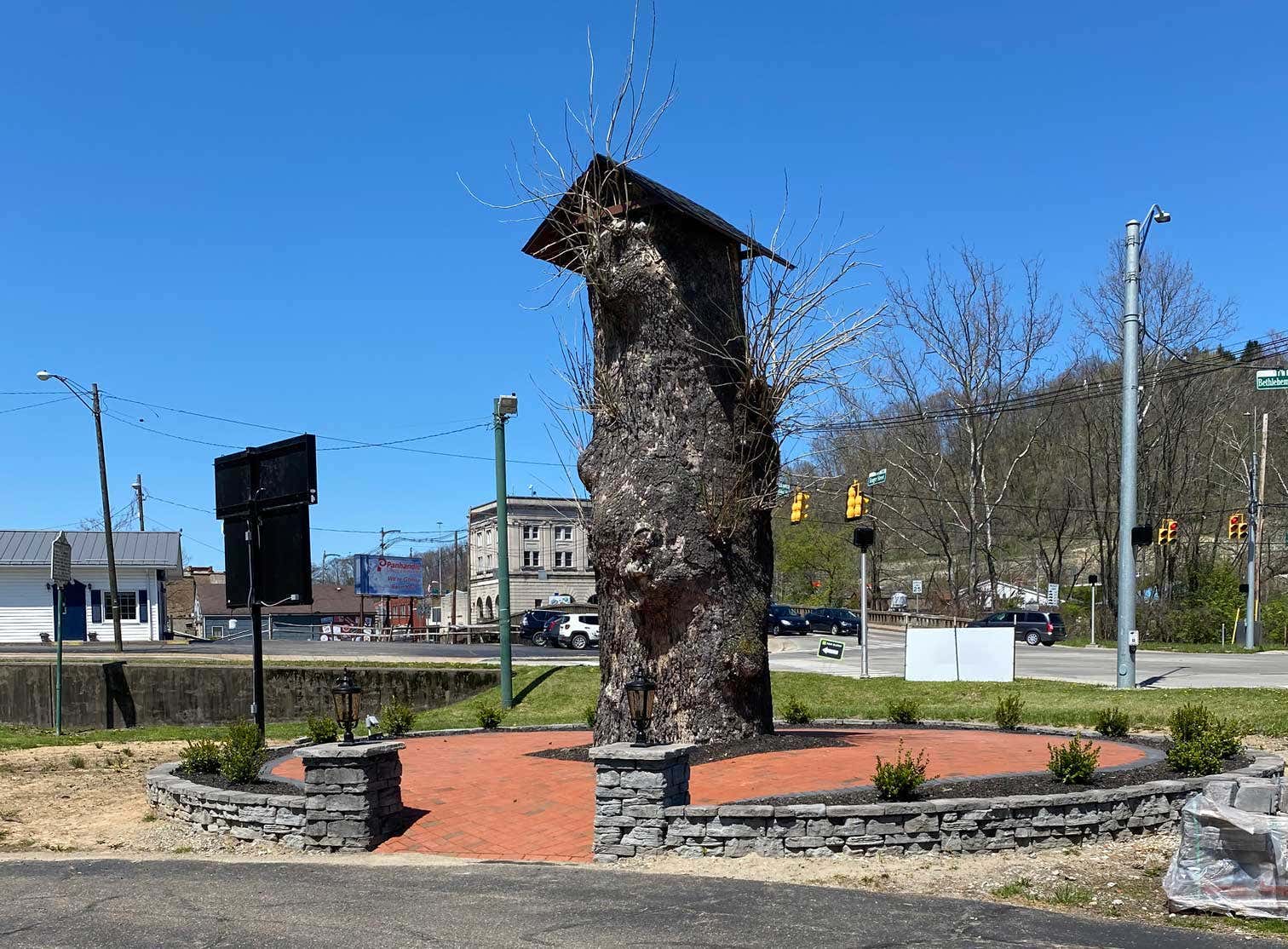 But I wasn't trying to make Donnie edit a six hour video.

But in all seriousness, please buy a Melty's shirt. PLEASE.