I doubt the majority of the world truly knows the struggles that us excessive sweaters go through on a daily basis. I mean the hardships we endure in our day-to-day lives would make your head spin. Do you have any idea what it's like to constantly be terrified to shake somebody's hand because you're worried it'll feel like they're shaking hands with a moist towelette? Do you have any idea what it's like to never be able to wear a light colored shirt out in public because you know you'll sweat right through it in less than 15 minutes? Or how about a topical example now that it's summer--you're day drinking at a beach bar on a Saturday afternoon and some buddy you haven't seen in a while comes up from behind you and gives you a friendly little pat on the back to say whats up. Then he makes a huge deal proclaiming to the entire bar "oh my god, gross! why are you so sweaty?" and everybody around you hears it. They all start to notice and that starts to make you sweat even more. When in reality, the blame is totally on his end because what the fuck did he think was going to happen if he touched your back while you guys are outside on a hot summer's day? Did he think you were going to be bone dry? Grow the fuck up, pal. But now everybody is grossed out because it looks like you just got out of a pool. All because that son of a bitch doesn't understand the plight of profuse sweaters and our constant fear of ever getting touched while outside in any weather that's over like 62 degrees.

Has that ever happened to you?

Anyway, I've spent my entire life trying to normalize excessive sweating. I tried to stop sweat shaming in 2019 but that was to no avail.

But lucky for all of us gross sweaters out there in the world, there's at least one group of people who have our sweaty backs. There's at least one faction of society which will always keep our movement in mind. And those are the people who create the trailers for video games. Because look at this shit right here. 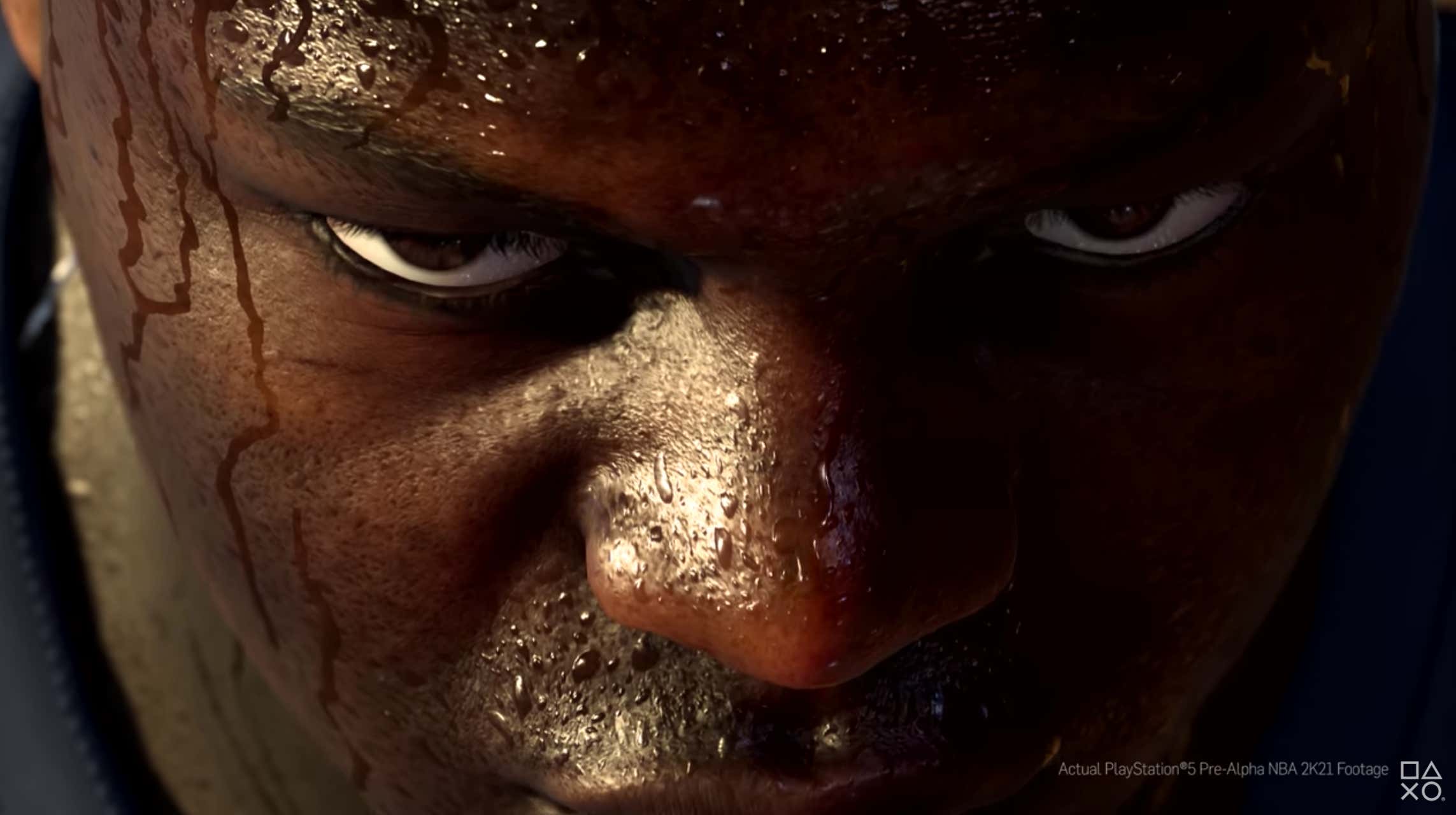 That's a sweat fuckin' Zion. So sweaty that it almost even grosses me out and I sweat A LOT.

But the importance of this cannot be understated. This nasty, sweaty ass Zion goes a long way in our fight to normalizing excessive sweating. Just think about the popularity of video games these days. Millions upon millions upon millions will be playing NBA 2k21. And if they can see every single bead of sweat on Zion's face while they play on PS5, then maybe they won't be nearly as grossed out by your sweaty ass in comparison.

So thank you, Sports Video Game Trailer Producers. From the bottom of my heart.