Ah, just what the world needs right now - Another Op-Ed by Kate that involves a cornucopia of poop synonyms. Off we go... 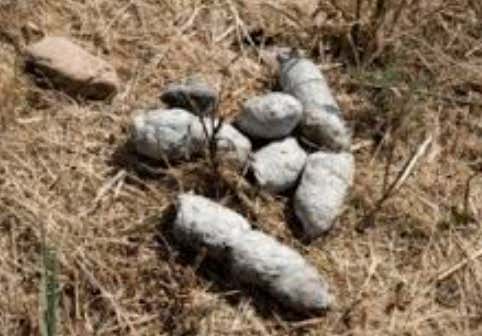 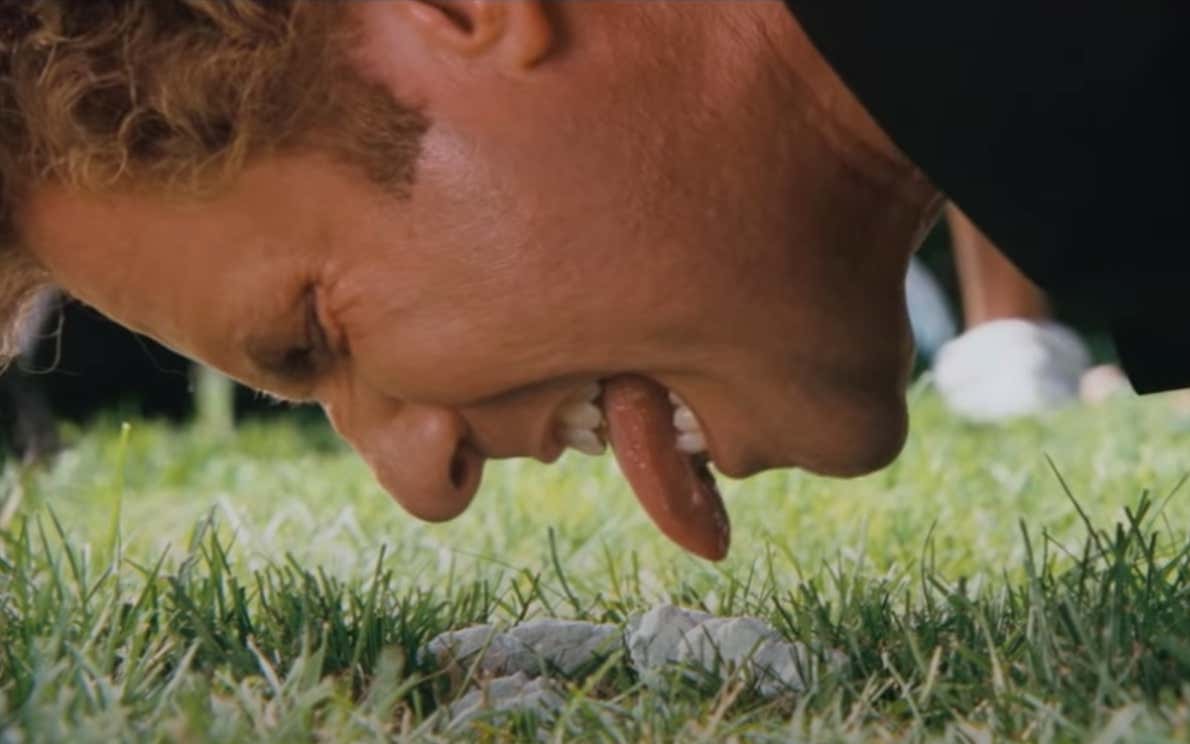 Scientists are baffled as certain types of dog turds have somehow morphed into human-shaped excrement and are stinking things up in a public & embarrassing manner. We're not sure how this began happening but one theory traces its origin to relatives of these folks daring each other to lick dog logs after watching Step Brothers.

Me piecing that last paragraph together:

Anyways, here's a case where the morphed, living pieces of fanny fudge are seen behaving with fewer brain cells than the original type of dog shit from which they came, on the side of a jersey road. Shockingly (or maybe not so shockingly at this point) one of the human-shaped poop piles is a N.J. corrections officer. Not sure how he tricked them to blend in on the job.

A video posted on social media shows a group of men, including a New Jersey state corrections officer, taunting and mocking protesters in Gloucester County Monday - with one kneeling on a man’s neck, reenacting the police killing of George Floyd in Minnesota.

The officer has been suspended, officials said Tuesday. Online commentators and state employment records identify him as Joseph DeMarco.

If your first thought/reaction is not disgust at this man, but anger at me because you think I'm implying all corrections officers are bad, or because you think I'm saying these living butt dumplings can't voice their thoughts, you're missing something major.. And that's an attempt at basic human empathy for those mourning the murder of George Floyd & what that means in the bigger picture, of fellow Americans protesting & marching because they want you to hear them, and they want to feel like their lives matter as much as yours does in this country. If your response is shouting, "No, ALL lives matter!"… you're missing a sensibility that says, "Well ok, hold on, why do certain people feel like they don't matter? Let me stop and find out." If you're feeling persecuted by anything BLM-related somehow, try to imagine how they've been feeling for a hot minute. Sheesh.

Wanting to put a stop to police brutality (for both people of color and poverty-stricken white populations as well) is not political. It's something everyone from every side should say, "Hey, yeah, let's work on fixing that." If you have a problem with that - and I say this genuinely and sincerely and not snarkily or from a high horse - really, really look deep down and ask why.

And to anyone who thinks that what these enormous keister cakes did here is ok, you are wrong. Comment whatever you want, scream into the void, but nothing you can say defending these clowns will be right and that's a fact. Morons like this are everywhere, and act as giant signs screaming out, "You're right - there is a HUGE problem in this country and we are a HUGE part of it! We are a perfect example of the many reactions to the Black Lives Matter movement that only further justify & galvanize it."

Many will think me condemning these clowns means I'm saying "I hate police!" or "I support looting!" or "I hate America!" or whatever they want to twist this as, but the truth is that this photo below is a manifestation of hate, ignorance and fear. Of closed minds that refuse to listen. Of men who only love their idea of this country and are terrified that their version is going to change. They cannot fathom that equality will be better for everyone.

So please take a good look. This is what cowardice that thinks it's brave & badass looks like: 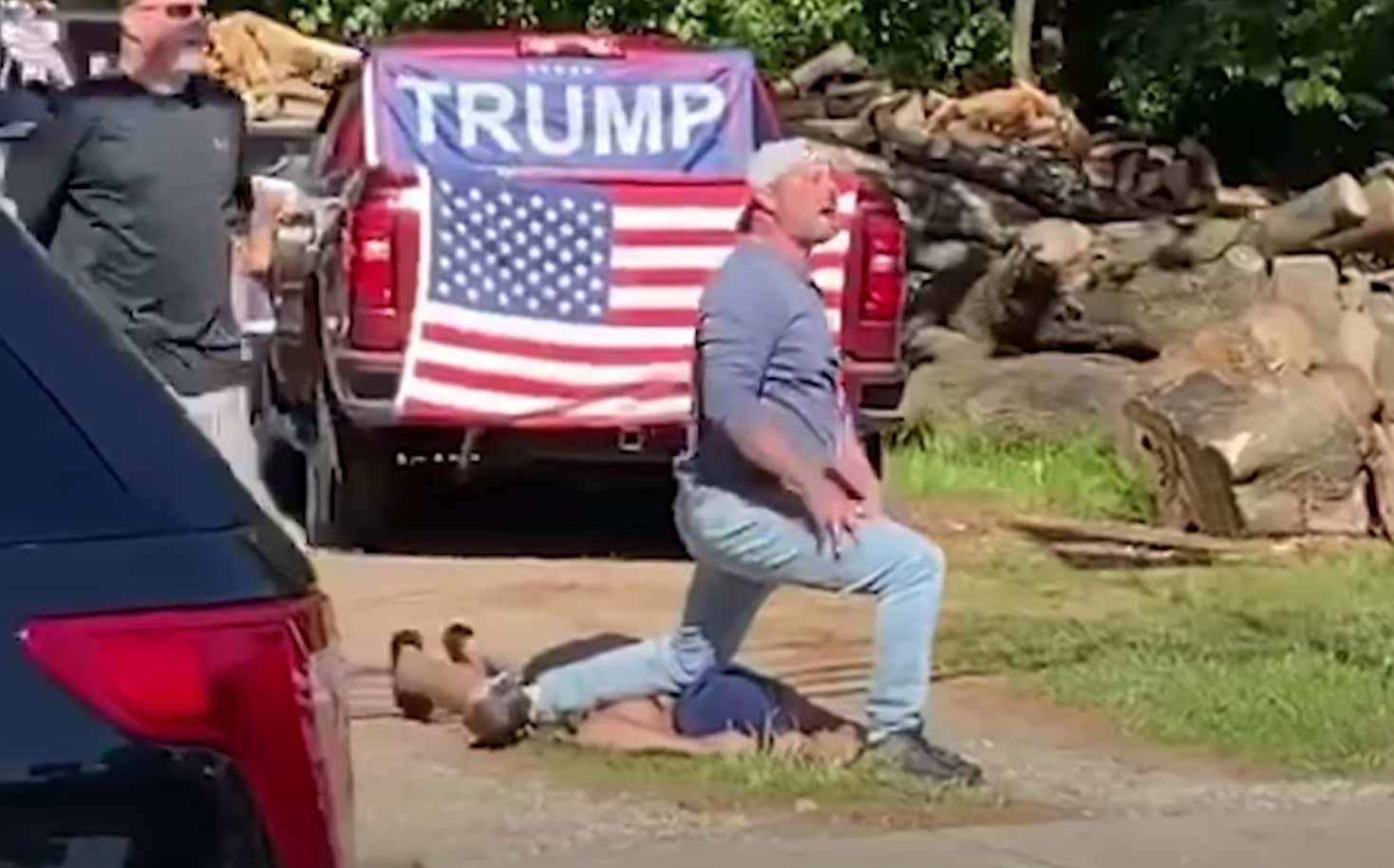 And maybe I sound angry and that's because (::checks pulse::) I am. So many people in my comments & DMs cannot look at what's happening in this country for what it is, and instead knee-jerk & flip things around however they can & point to other things so they don't have to be confronted by the real issues. People resorting to middle-school level logic attempts & showing their own fear in all sorts of disgusting, straight up, unapologetically racist or misguided ways.

The one I get more than any other right now is - "Well I guess BLM doesn't care about coronavirus now, ha!" - Perhaps do some research on this & see why public action has been deemed more important. See why so many doctors and nurses are supporting their cause, too, despite having just been through the wringer. And if you're commenting this on every photo or video of a protest you see, make sure you're also commenting the same thing on every Instagram showing a packed beach, bar, party, etc. since you're so worried about it.

Why are so many unable to admit racism is a problem when your own neighbors & fellow countrymen/women are trying to tell you their stories of how very real & painful it is? When the facts & figures are there and are undeniable, and have been for decade after decade…

This isn't over, this is not going to fade out. You can either open your mind & your heart and be part of what helps move the country forward in the right direction (and there's a lot of different ways to do that), or keep spending all your time & effort trying to be devil's advocate & finding 'clever' rebuttals to whatever the movement is communicating. I'm sure it comes across this way to some but I'm not saying I'm perfect or holier-than-thou, and I know I've been part of the problem. It would be a lie to say I don't have any bias in my body whether I realize it or not.. but I also know wrong from right and am ok with calling out wrong like those folks when I see it, and with zero second thoughts about it.

To Joseph DeMarco & his buddies, if you can read, please take some time to check this out & understand what's going on from the perspective of someone who has a backbone, is brave & who actually cares about & sacrifices for the future of this country. We don't have time for your shit anymore.