Source - A Texas girl’s attempt to save a poor squirrel went hilariously awry after the rodent leaped at her face, as seen in a viral YouTube video from June 7.

“I called my daughter outside to see a squirrel trapped in my granddaughter’s kiddie pool,” the unnamed father tells Viral Hog of the nutty incident in Lumberton. He added that being an “animal lover,” she “had to attempt a rescue.” “The squirrel was not quite as grateful as she had hoped!” the voice says of the ill-fated rescue bid.

Fortunately, she came away from the incident with only a scratch on her arm and, “after a cautious second attempt, she did indeed rescue the squirrel,” according to her proud dad.

Needless to say, viewers are going nuts over her botched tree-hopper retrieval.

I wanted to make fun of this girl, but I can't. I would've done the exact same thing. I would've traipsed my big, gay, empathetic, ass into that pool and tried to flick the squirrel to safety. The only difference is the second it turned around and started squaring me up I would've run. You could see she kind of knew she was going to be attacked... 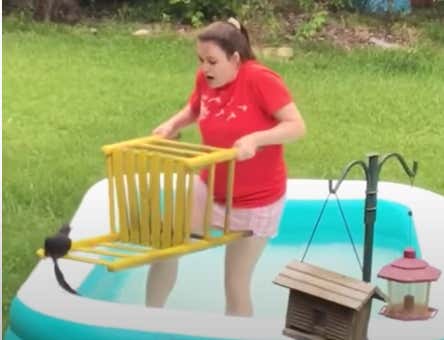 But had no idea it was going to be this bad.. 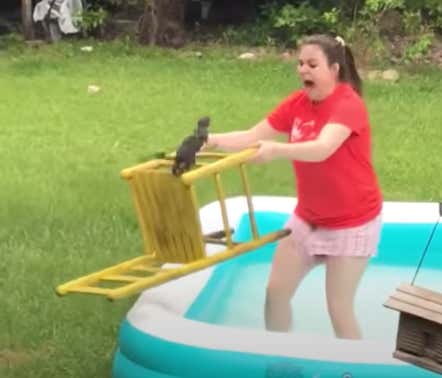 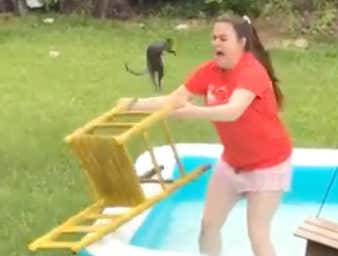 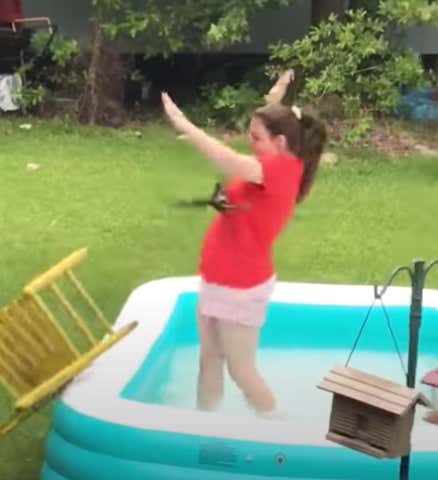 Poor thing. She's going to have nightmares about squirrels for the rest of her life. Every time she see's one in a tree or a park or in the yard she's going to shudder in fear. All because of that little piece of shit in her pool. And how about her mom laughing at her the whole time? Why don't you put down the camera and help, ma. She's about to get eaten to death. At least she has the last laugh. From the looks of it, the squirrel fell right back into the pool. Karma's a bitch. Have fun in hell, squirrel.