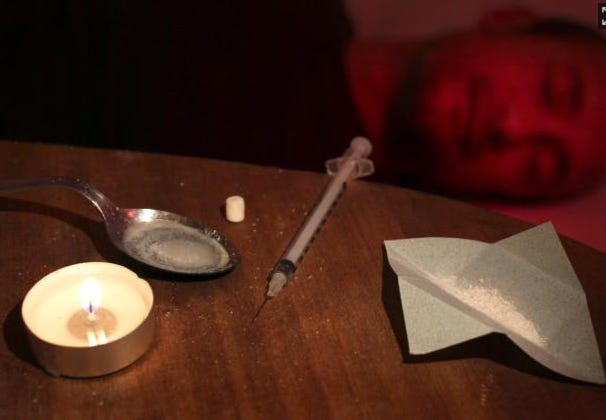 Daily News – It’s more lethal in 21st century New York than a handgun or a switchblade. It’s a tiny bag of white powder — heroin. Smack is back big time in the Big Apple, where fatal overdoses outnumber homicides and law enforcement seized roughly $300 million worth of heroin in 2014. Authorities suspect that’s a fraction of the dope available throughout the five boroughs. “Heroin is making a big-time comeback,” NYPD Police Commissioner Bill Bratton told the Daily News Editorial Board during a recent visit. Bratton said heroin deaths outpaced murders in New York for the second straight year in 2014.  Exact numbers for last year were not available, but 420 people people died from heroin overdoses in 2013 — when there were 335 homicides, according to the city’s Department of Health. Three drug-fighting agencies — the NYPD’s narcotics division, the city’s office of the special narcotics prosecutor and federal Drug Enforcement Agency’s New York field division — seized 2,186 pounds of heroin in 2014, records show. That equates to about 30 million heroin doses with a street value of approximately $300 million, officials said. In the first quarter of 2015, the DEA alone has already taken nearly 220 pounds of smack off the streets — equaling the amount they seized in all of 2014. The office of the special narcotics prosecutor has seized an additional 120 pounds of heroin this year. “We’ve never seen these numbers, not even in the heroin epidemics from 30 to 40 years ago,” said James Hunt, special agent in charge of the DEA’s New York Field Division.

Good news is murder deaths are down. Bad news is its because everyone is too busy OD’ing on heroin to be out there murdering! Now you’re in New Yorrrrrrk…concrete jungle where there’s a $300 million heroin epidemic…theres nothing you cant do!

I just wrapped up talking about heroin on the Rundown. Need someone to invent a safe version of H for everyone. That means no addiction, no OD’ing. Forget about Flakka and Crokodil and bath salts and all those weird synthetic drugs that legit just make your brain explode. Lets just make heroin safe. Who can do that for me? That would be legit as fuck. There’s gotta be some sort of Heisenberg out there mixed with someone who can make apps or something that can accomplish this. Shit is worth $300 million on the street. Make some over the counter heroin thats cheap and cant kill you and you’ll make a trillion dollars.