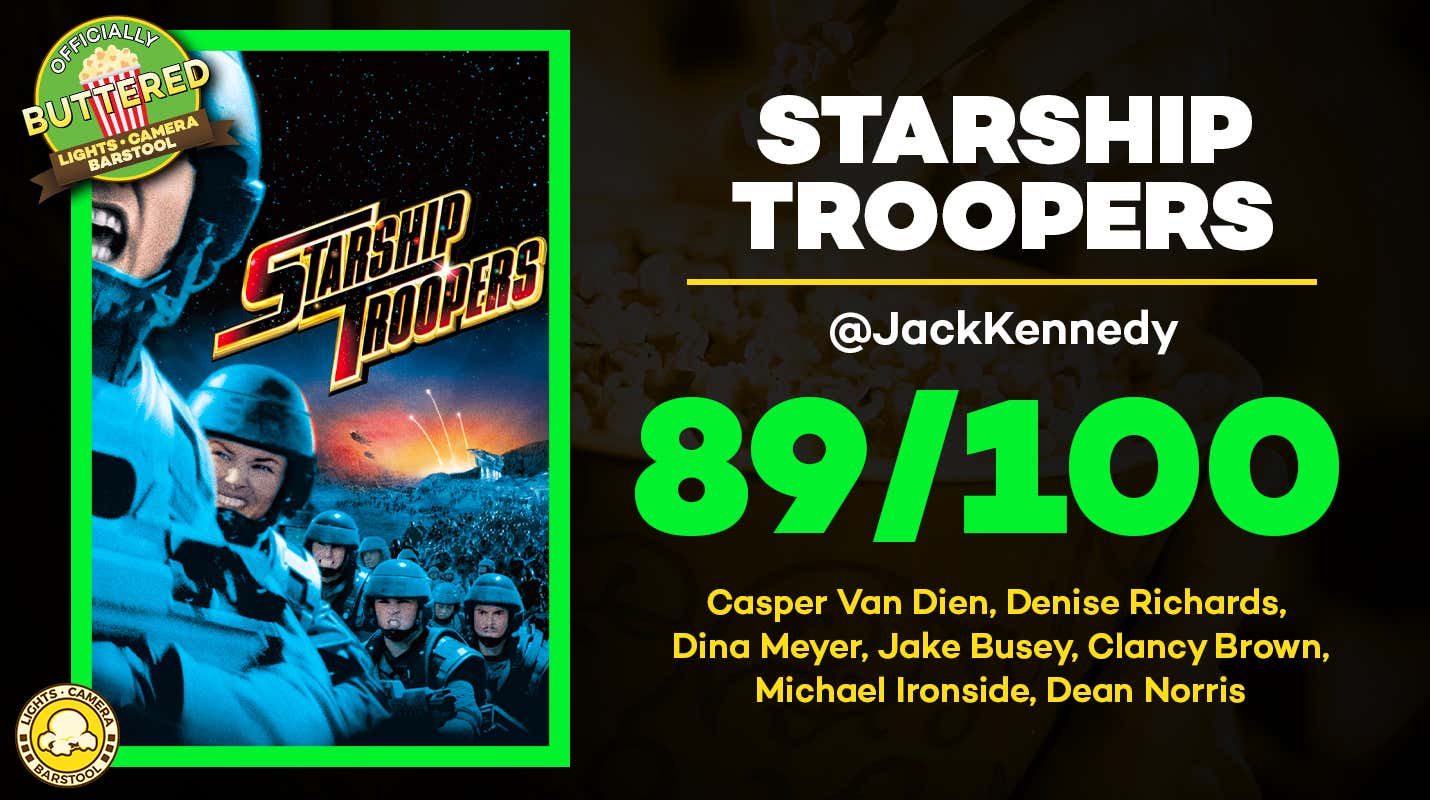 This movie is definitely one of the more misinterpreted ones that we have reviewed in my opinion. Part of the problem is that a lot of the people who watch it take it at face value. For example, my dad LOVES this movie because he thinks it is a sci-fi action banger. Personally, I love it more for it's outstanding political satire. What I think makes this movie so good, thought, is that it works on both those levels. It’s a great sci fi movie and it also pulls off an incredible satire of hyper nationalism, fascism, militarism etc etc.

I really enjoy the cast from top to bottom, especially the smaller roles from Dean Norris, Clancy Brown, Michael Ironside, and even Lassie from 'Psych', who  I did not realize was in the movie until this rewatch. They all feel very over-the-top and one dimensional which is a compliment in this case. The whole movie is basically one big faux propaganda piece, and I think it's supposed to be consumed as such. So, for example, when you watch Casper Van Dien play this wooden, doofus poster-boy soldier, I think you have to remember that's what he is supposed to be for the purpose of the movie.

All political satire aside, I think the action in this movie really hums and looks great considering the 1997 release date. The bugs are horrifying both in the practical effect and CGI scenes, and still haunt my nightmares from when I watched this when I was younger. One thing I've always loved about this as well is the gun-play, because I truly appreciate when movies use blanks vs shitty flash effects. One website I usually visit after any gun-heavy movie is IMFDB, which basically just details any weapons used in the movie. Seeing how they built the 'Alien'-esque rifles that are used in the movie is super interesting.

One thing we talk about in our review of the movie is how the first third of this movie is definitely our favorite. They build this hyper-nationalist, Nazi-like earth so effortlessly that you almost forget what it's satirising.  The second 2 thirds seem to play more towards the action and less towards parody, but that has never bothered me much.

I gave this the LCB "Fine Wine" award as the movie we have reviewed that has aged the best so far. If you want to hear our full breakdown of the movie and our worst duos list, you can listen below (or click here)