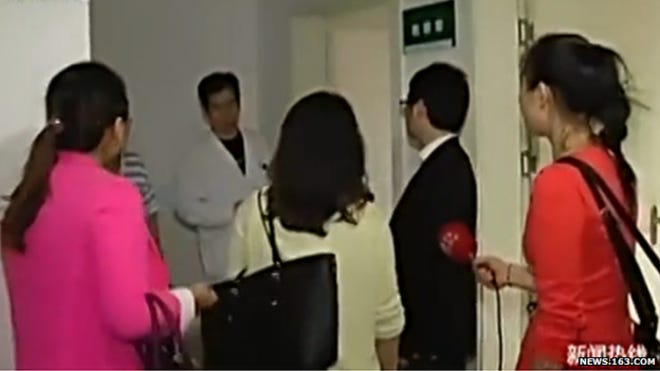 BBC – A Chinese man was caught out when 17 of his girlfriends turned up to see him in hospital after a car accident, it’s reported. The man, identified as Mr Yuan from the city of Changsha, in Hunan province, had apparently been dating all the women at the same time, and even has a child with one of them, the South China Morning Post reports. While he managed to string the women along for months, or in some cases years, the game was up when doctors contacted his loved ones after the accident.

Salt meet wound. Insult meet injury. Earlier today, Sheriff Spags wrote a nice little piece on how if you want to cheat, you just have to make sure you cover your ass in every single aspect of the game. And that’s what makes this such a tragic event. Because it’s apparent this guy did everything it took to cover up his tracks. Our Chinese Casanova over here was wheeling around 17 different chicks at the same damn time. That’s outrageous. Now granted, this is in China so it’s a completely different beast. Pretty sure they don’t have internet in China that isn’t ran by the government, so it’s not like these bitches could be snooping around to see whose pictures he’s liking on Instagram and whose DMs he’s been sliding in to. But still, this was an incredible feat. But the sad thing here is he could do everything he could to keep his side bitches from knowing about each other, but he couldn’t change the fact that Asian people are just terrible drivers. Tough break for the kid.