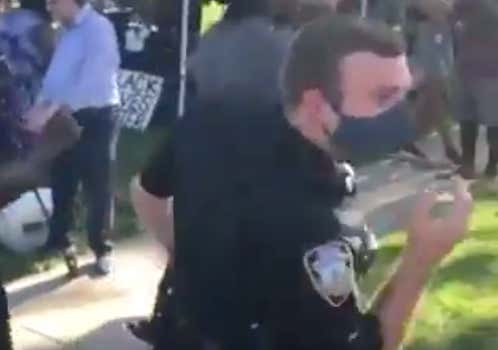 This guy could and would teach a class on the Cupid Shuffle. He's got the steps down. He's to the point where he's adding in the shoulder shimmies When that song comes on he knows it's his time to shine. Doesn't matter if it's 9pm at a wedding or after police and Black Community Leaders reach an agreement. He's down to shake that ass.

The Cupid Shuffle has really become the official dance of the protests. It's sweeping the nation

These Protests are a very serious and important cause. There were as many as 20,000 people in Union Park in Chicago yesterday. I can't remember a time where protests went on this long. It's impressive. It feels different. It feels like maybe a general consciousness about this issue will be rising in America. That is a great thing. Dancing is good for morale. The more you dance, the better you can march.