* pauses for people to get angry over their state's restaurant *

Okay, done being angry yet? Yes, this is fake.

But you wouldn't know that if you checked Twitter right now...

I honestly don't know how people keep falling for this. We have done it over on the Lights Camera Barstool Twitter account on a few occasions...

We even did the same fucking map twice two years in a row...

This has become a (really stupid) skill of ours over at LCB, so the other day one of our great social media guys at Barstool approached me about making a fake version of this absurd MOD Pizza map that went viral a few weeks ago…

…after some careful thought, this was the result: 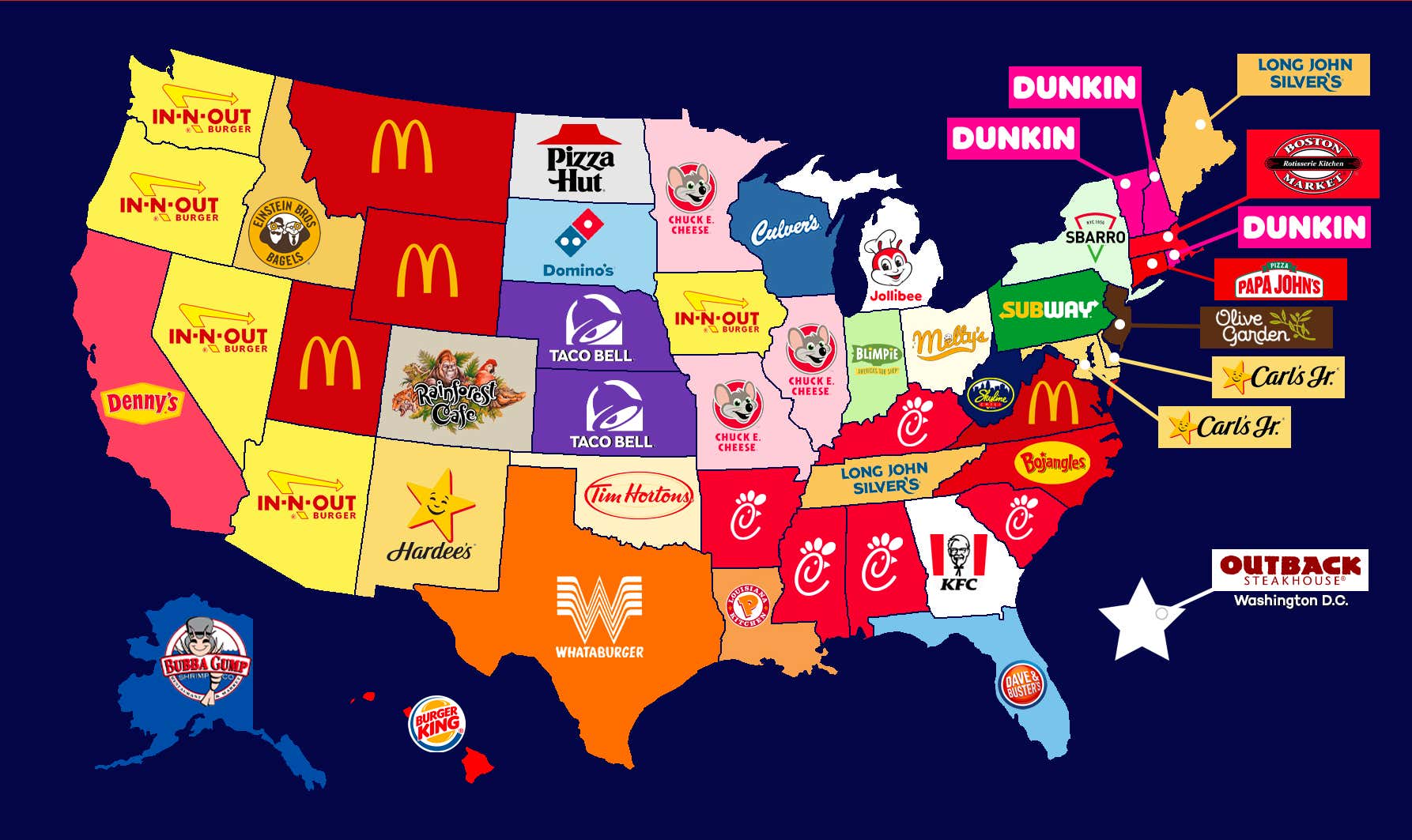 There are a few things that go into making one of these fake maps look believable.

Right off the bat, California or Texas had to have their home-state pick of In-N-Out or Whataburger. Being from Austin, I favored Texas and allowed them to have Whataburger, the obvious choice, as the pick. Other states such as North Carolina with Bojangle's, Louisiana with Popeyes, and Wisconsin with Culver's (shoutout to our Wisconsin followers who noted that we usually screw with them on these maps) stick out just enough for people to buy this hook, line, and sinker.

A pocket of the country needed McDonald's, a portion of New England needed Dunkin, and much of the Southeast needed Chick-Fil-A.

3. Say the data came from some sort of company or generic source

We used to just say the data came from social media, but KenJac recently created a new company, Public Information and Statistics Society, to supply us with the data. We thank P.I.S.S. for their service.

4. Piss off the big states

Just as important as pleasing a few big states, you must piss off a few as well. The first thing I did when making this map was bordering the entirety of California with states that picked In-N-Out… only to give them Denny's as their top choice. Success?

What is Georgia known for? Chick-Fil-A. Okay, they get KFC. (I also swapped Chick-Fil-A into Kentucky) What about Pennsylvania? Cheesesteaks, Primanti Bros. Alright, toss in Subway. How about New York, New Jersey, and Connecticut? Italian food and pizza. That can only mean they need Sbarro, Olive Garden, and Papa John's. Massachusetts? Dunkin. That meant surrounding the state with Dunkin and tossing them Boston Market.

For Ohio, I put Skyline Chili in the neighboring state and instead straight up gave them Melty's. What's Melty's? Well, here ya go…

Ohioans aren't pleased with the idea of Melty's, by the way… 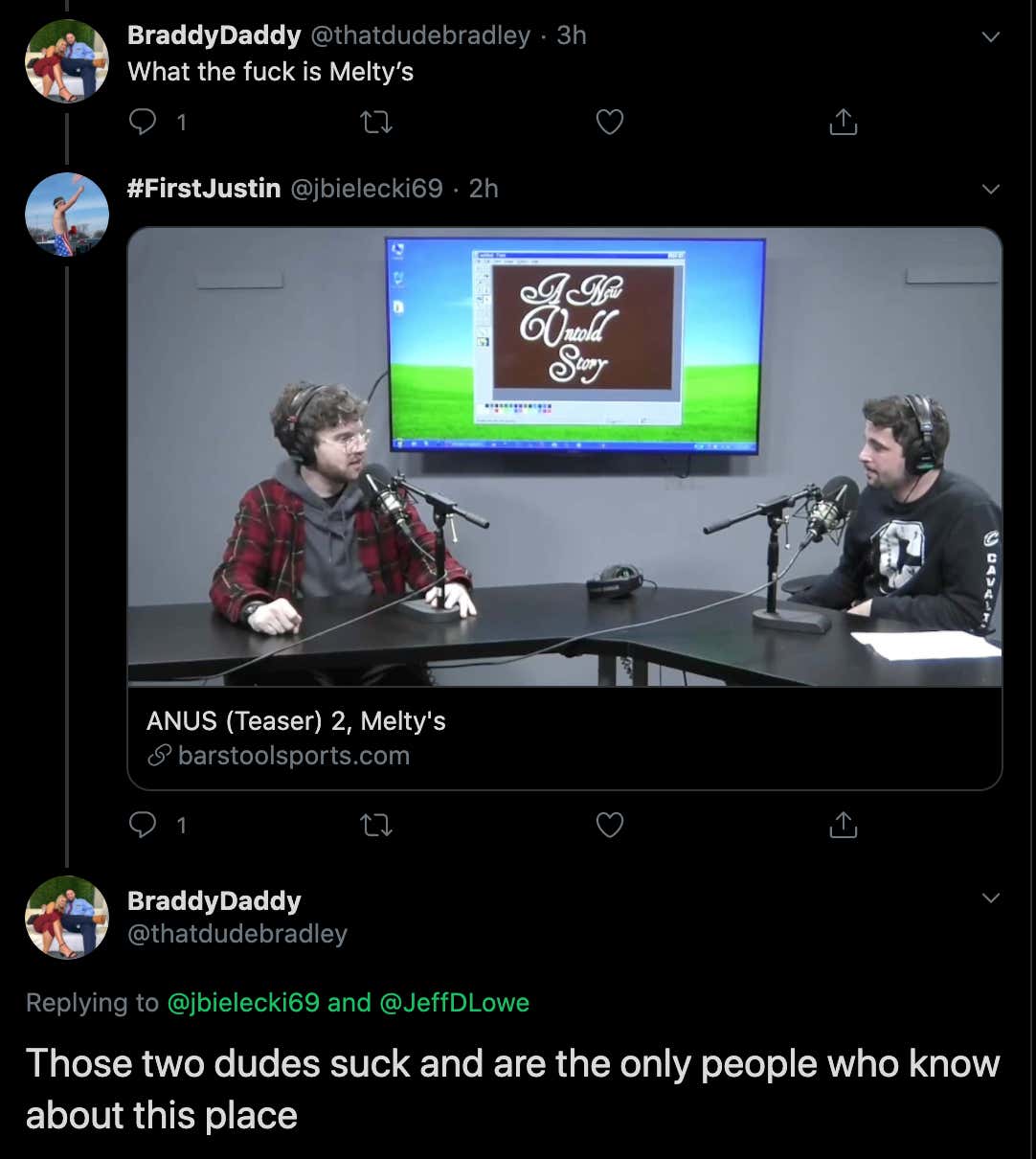 5. Fill in some obviously obnoxious trolls

Restaurants like Rainforest Cafe, Bubba Gump Shrimp, and Dave & Busters needed a home on the map. Chuck E. Cheese dominates almost an entire region, but I actually haven't even seen too many crazy complaints about it (yet).

My new favorite move on the map was concocted by KenJac where we pit rivaling items in North and South Dakota. Those two states have been fighting over Pizza Hut and Domino's for years.

You can't go too heavy on these, though, otherwise, it might give the whole thing away. I have a firm belief that if I went with my original idea of Hard Rock Cafe for California that this map would've been a dud. The fact I didn't use Buca di Beppo is really annoying, maybe next time.

6. Finish the map off with stupidity

Usually, the majority of the map comes together rather quickly, and then myself, KenJac, and Trillballins group think the remaining states and how to make them look believable yet stupid.

I made sure to throw in Filipino multinational chain Jollibee somewhere (it represents Michigan). It's also always a must for something like this to give a few states Long John Silver's, a restaurant that gets people incredibly angry. The visual of In-N-Out as Iowa's pick is also hilarious to me for some reason.

KenJac suggested tossing Einstein Bros. Bagels for Idaho, and it just fits perfectly on the map. His suggestion of Tim Hortons as the pick for Oklahoma also has sparked plenty of angry replies.

Trillballins specifically wanted Blimpie for his home-state of Indiana because, as he said, "I don’t have a good reason other than I’m not sure Blimpie exists." (They do exist, by the way, I know of one in Hoboken, NJ and Farmington, CT) Well, wouldn't you know, it confused a ton of people in Indiana.

Overall, it was another very solid group-think from the LCB boys to wrap this one up.

--
There you have it. The steps to properly making a fake map for Twitter with the sole purpose of pissing people off. With half of the real estate in the trending topics dedicated to the map, it seems to have worked… 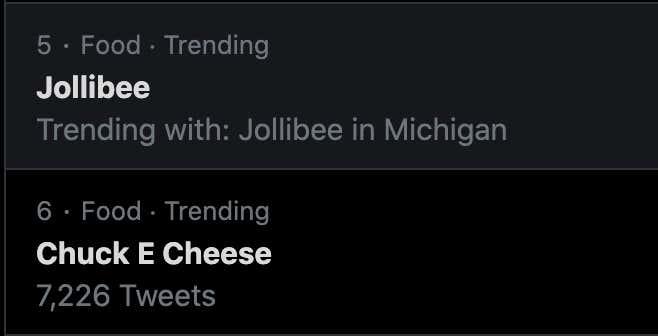 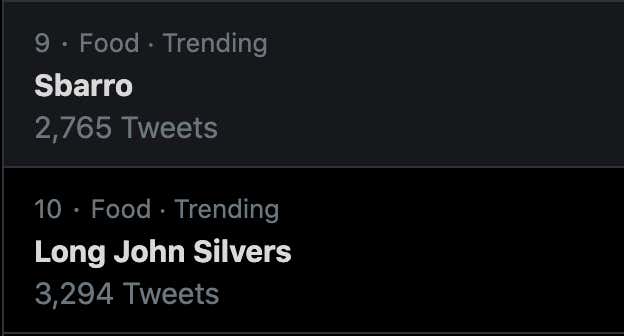 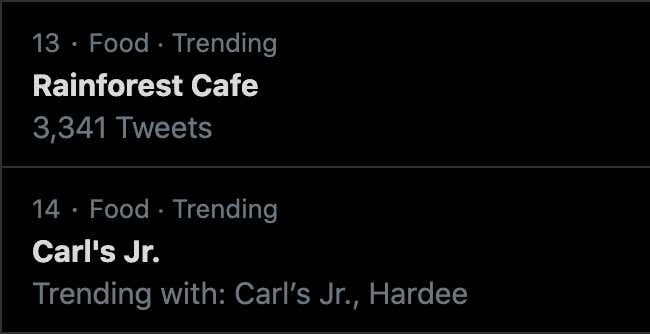 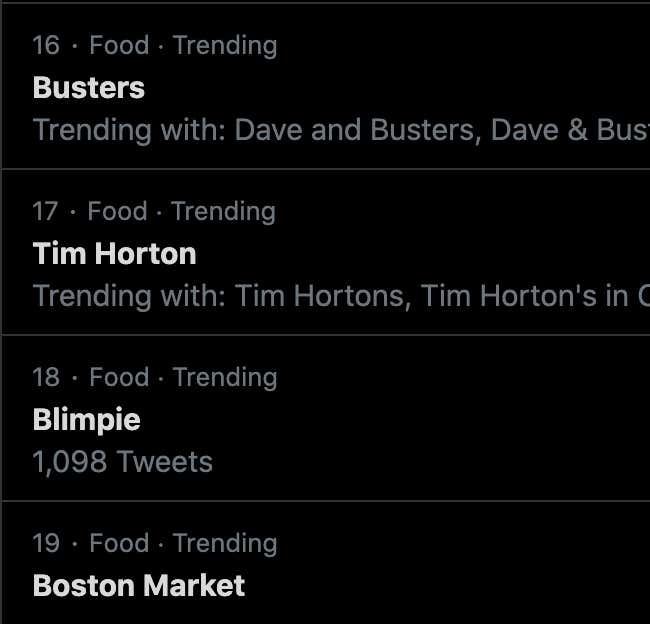 We may need to take a break from these for a while, especially now that our data provider, P.I.S.S., has been exposed. So, until next time, keep your eyes peeled…