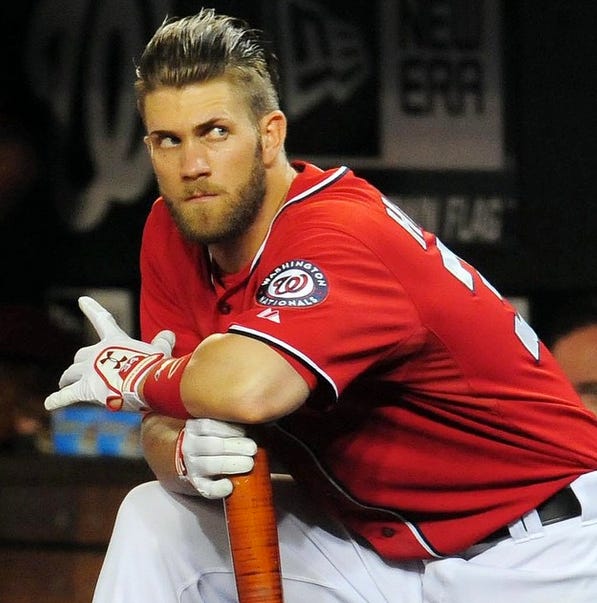 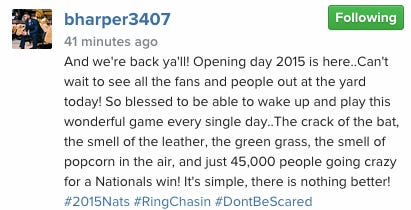 Opening Day is here. Never have expectations in DC been higher. They’ve had loaded teams the last 3 years and just haven’t gotten over the hump. This offseason they shocked the world and went out and gave Max Scherzer 10 billion dollars to come be a Nat. The rotation is so good now that Tanner Roark, he of a 15-10 record, 2.85 ERA in 2014, has been sent to the pen. The guy dominated last year and is starting the season as the long reliever. Doug Fister (16-6, 2.41) is somehow the 5th starter. He would be a solid number 2, possible number 1 on many, many other teams. That’s just how filthy this rotation is. 5 aces. (Oh shit, is that a plug for the tshirt?! Fuck right it is! Buy one now!) 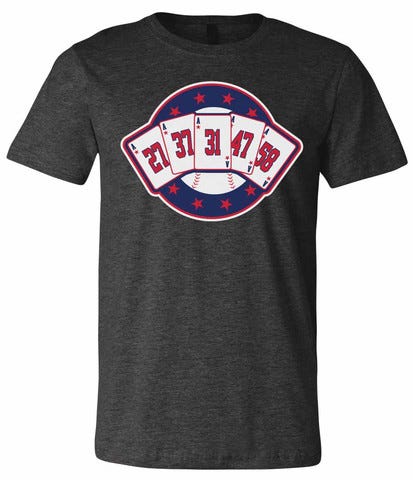 As for the lineup, they are a bit banged up right now. Centerfield stud and leadoff man Denard Span is out until at least next month. All he does it get on base and make game-altering plays in the field, so his presence will for sure be missed. Anthony Rendon is banged up as well. Rendon is quickly solidifying his spot as a top 5 3rd baseman in the league, so him missing time really hurts. As a young guy you don’t want him to miss the early season reps, so hopefully he’ll be able to get healthy and get back in his groove rather quickly once he recovers from this MCL sprain. And lastly, Jayson Werth has barely been on the field at all this year. He should start playing again by the end of the month, possibly even this week, but we will see. He’s a month away from turning 36, so I’m not sure what to expect from him. Will he be able to bounce completely back?

And then you have Bryce. The face of baseball. Only 22 years old but somehow going into his 4th major league season. Will this be the year he puts it all together…and more importantly, stay healthy? In his 3 seasons, the most games he’s played is 139 in his rookie campaign where he won Rookie of the Year. A healthy Bryce is a dangerous Bryce. He has every tool in the world to be one of the best players in baseball. Remember the playoffs where he was hitting 800 foot home runs left and right sending moon dust everywhere? He’s capable of an entire season of that. Fireman Bryce has it in him. Just a matter of staying healthy. Hopefully this is the year (oh shit, there’s a Fireman Bryce shirt too??! Buy one now!)

First pitch is today at 4pm on ESPN. Big Big Bartolo vs the stud Max Scherzer. The road to the ring starts now. #RingChasin