NY Post- Matt Harvey’s comeback attempt may take him to Korea. The Post confirmed on Friday a Korean-based report by SBS that Harvey’s representatives with Scott Boras’ agency reached out to KBO teams. According to the report, there’s no match yet, but it remains a possibility. KBO rosters allow a maximum of three foreign players and only two can be pitchers.

The South Korean league is one of the few professional leagues that has resumed action and Harvey, 31, had not found a new home in the MLB by the time spring training was shut down in March due to the coronavirus pandemic.

I don't know if #HarveyDay becomes #HarveyMorning if Matt Harvey is on the bump while most of the US is still asleep. But I am all in on The Dark Knight's comeback starting in Korea. Not just because I feel like Matt Harvey's legacy has taken an unfair hit because he acted like a dick for a few years while pitching through injuries or because I am a diehard Korean baseball fan that just so happens to root for what might be the greatest KBO team ever in the 2020 NC Dinos. But because this entire story feels very Dark Knightish.

Matt Harvey worked himself into becoming a hero for many by rising up in Gotham then had his body broken in the line of duty. Sound familiar? All that's left is for him to regain his form halfway around the world and return to his place atop the city. I'm not sure how we lump Bane into the mix, but masks are the symbol of the coronavirus and I can pretty much guarantee Harvey is anti-coronavirus. At least I hope he is because Matt Harvey pretty much entered a place where nothing he said or did surprised me anymore.

Anyway as long as Harvey comes out as anti-corona, it's time for the KBO to do the right thing and find a roster spot for him so he can return home victorious as the prophecy movie franchise states. The only snag is that KBO teams can only have two foreign players as pitchers and my beloved Dinos have both Mike Wright and Drew Rucinski taking the mound every five days. So while I hate to do this to my guy Mike Wright who has helped turn the Dinos into an apex predator not seen on Earth since the T-Rex was dominating the Cretaceous period, it's time to ship his ass to LG, Doosan, or any of the other teams looking up at the Dinos in the standings (Read: All of them). Because if Wright can put up a 3.21 ERA in the KBO, a motivated and recovering Harvey may put up an ERA under 0. I'm not sure how that's even possible, but I'm not betting against anything if this maniac returns in Korea. 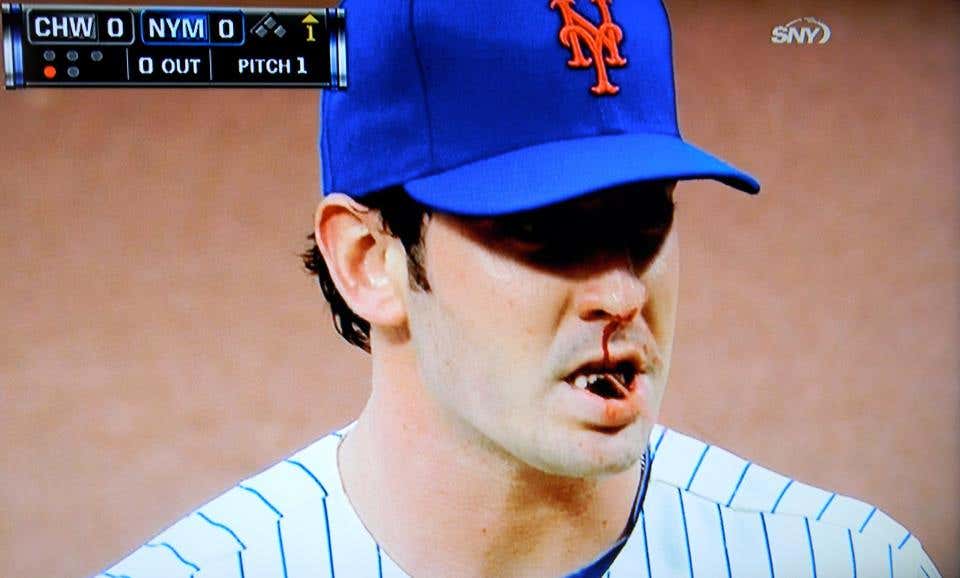 God I need to watch that savage on the mound to give me a much needed boost at 5 AM. Do the right thing Dinos and make this INCREDIBLE picture a reality.