A few weeks ago I got to join the boys on The Barstool Chicago Radio Hour and we somehow got to talking about taking a trip to Put-In-Bay, OH. Eddie has been to it before, but Dave has never heard of it.

It was so great that we promised to take a trip if and when things opened back up.

(This was all pre-riots, when our only concern was Covid.)

For those unfamiliar, Put-In-Bay is a small island on Lake Erie off the coast of Cleveland. It's accessible by boat only. And it's rager central. 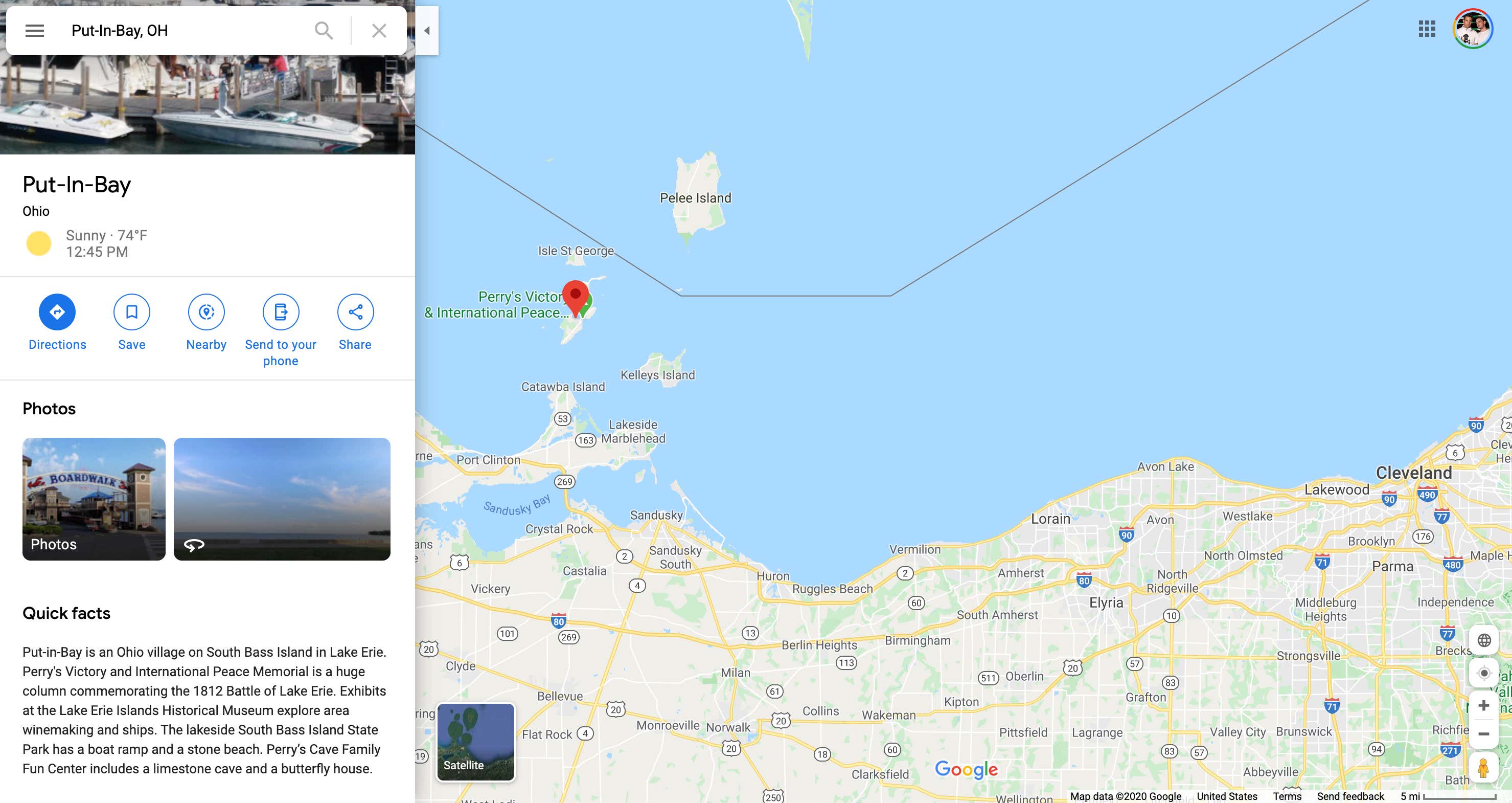 Dave asked if we were exaggerating, and if it was so great a party scene, then why had he never heard of it?

Neither of us had an answer but since then I've realized Put-In-Bay isn't just unknown to my friends back East, many here in Chicago have never heard of it either. Which is a damn shame.

Gun to my head I'd have to say the best comparison is Key West. With much shittier, gray weather. Same amount of swinging, leathery skin, saggy tits (female and male), and reckless abandon, but much shittier weather.

To sum it up in one word- it's GRIMEY.

For context, this is the area's best stripper talent -

This is what the vibrant boat scene looks like -

The best of the island's shit ton of awesome dive bars -

I have zero idea where the fuck this tourism video came from. CGI?

Not the Put-In-Bay I remember.

And here's a taste of the pool parties -

While we were describing the place to Dave, I started to realize if we brought him there he might never come back.

White Sox Dave was born to live, breathe, and drink Miller Lite's on Put-In-Bay. This is his kind of place and his kind of people. I went so far as to tell him our trip there would be like Lord of The Flies. His natural instincts would kick in and by might or by right he'd become ruler of the island. (Fun Fact - did you know there was a real-life Lord of The Flies situation back in the 1930's? Except the kids didn't all kill each other and devolve into anarchist savages, they banded together to survive. Story is here if you're interested)

Put-In-Bay is an ideal bachelor party spot if you wanna keep it cheap and dirty. Like I said above, there is a very healthy casual sex and partner sharing scene, if you're into that type of thing. And perhaps my favorite part of the place are the bars that fill up 5 gallon buckets of beer which you carry from bar to bar or bar to boat and dunk plastic cups in to fill up.

Dave would thrive amongst this crowd. They'd be carrying him on their shoulders from bar to bar like Rudy. It's hard enough trying to get him to leave Snickers when the lights come on. Getting him to leave an island where they chant his name and look at him as their leader would be near impossible.

I think if he goes he stays.

He might come home for the winter (snow birds ya know?) but I'd be willing to bet that after he got a steady diet of that boat-life/wheeling & dealing free spirited sex life he'd opt to head to Lake Havasu in Zona for the winter & Spring Training.

Eddie also said that if we made this trip happen we would have to make a stop at Cedar Point ("Roller Coaster capital of the world" nbd). Which was a no brainer.

So now that Ohio is essentially back open, the weather in the midwest has been amazing for the past 10 days, should we make this trip happen? At the very least I think following Dave around for a weekend would be content gold.