It might feel like when we have these type of NBA Twitter quarantine debates that I say "this is the toughest one", but I really think this is our toughest debate topic yet. Normally when being asked to choose between all time players or the best current players at a certain position in the league, there is data we can look at to help form our opinion. That's not the case here when we're talking about what NBA player you want to have your back in a fight. Since this is hard enough to narrow down, I'm going to change this question a bit where the only eligible players are those in this graphic.

In looking at those 14 dudes, you get a little bit of everything. You have guys that are tough as nails like Charles Oakley, Robert Parish, and Ben Wallace. You have guys with a little bit of crazy in them like Rodman and Artest. Guys that don't give a fuck and have proven to have people's back like Stephen Jackson that will unleash hell if you're coming at one of his friends. You have guys that are intimidating as shit ZBo. It's honestly hard to go wrong with any of these selections, but after thinking this over I've narrowed down my top 3. Let's discuss

There's no way I can keep Ron Artest out of my top 3. He's got the size, the strength, and the perfect level of crazy where if you are in a fight and Artest shows up, that fight is over. Nobody wants a piece of that. I'm going to say this is CHI/IND version of Artest and not the LAL one, because a young Artest was one crazy motherfucker who will swing first and ask questions later.

I understand there may be a lot of stoolies out there that have no idea who this man is. I suggest you Google him. You know the X-Man was something serious when you see what his Twitter profile looks like 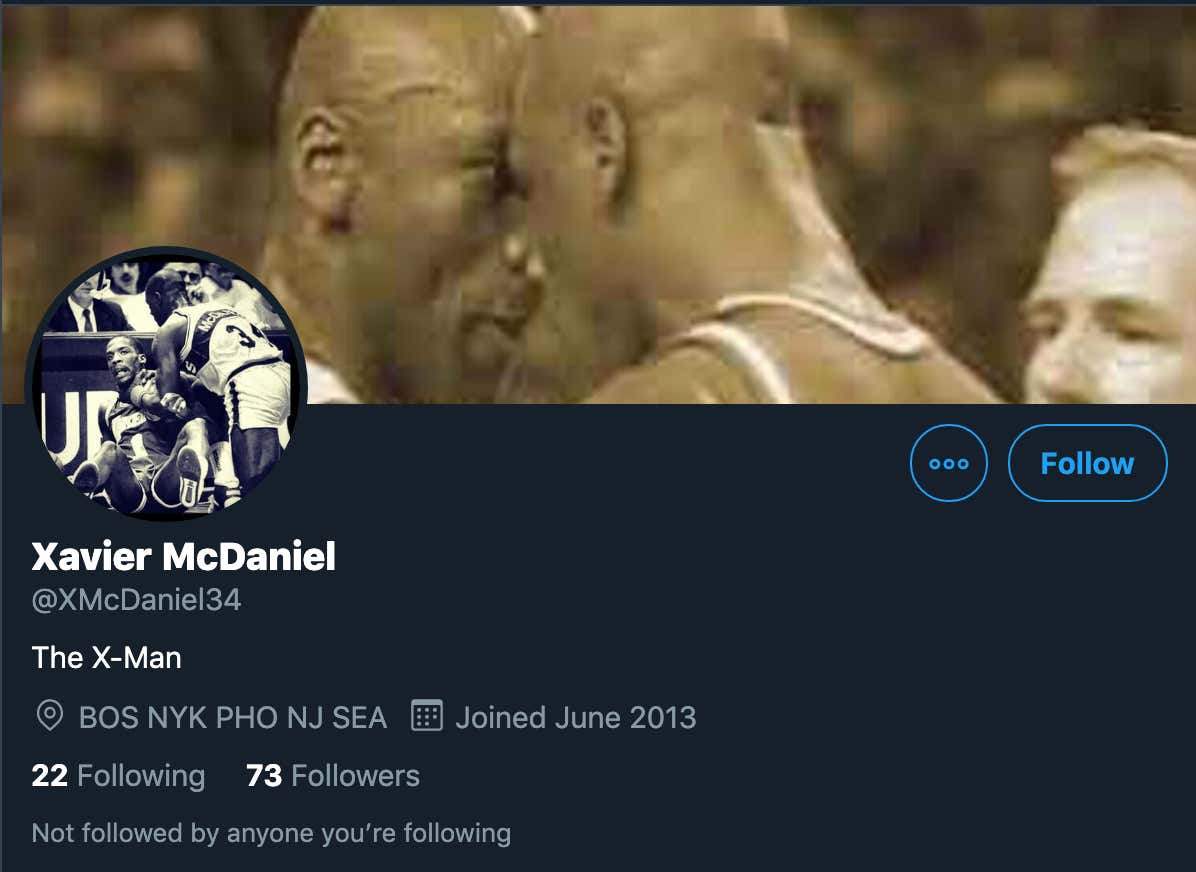 I acknowledge that many will probably go Charles Oakley in this spot, but I'm telling you X-Man was one bad dude. This is a man that went at it with Oakley and lived. That's why he's getting the edge for me

Call me crazy, but I want the dude who is undefeated in MMA and has a fucking blackbelt. James Johnson is 7-0 in MMA and 20-0 in kickboxing. I'll take that in my corner thank you very much. While I've never been in a fight in my entire life because I am a gigantic pussy, I would imagine things go differently when you are fighting someone who has elite experience and knows what the hell they are doing. The other guys on this list are great basketball fighters, well James Johnson is a good at fighting fighter.

So that's my choice. Give me James Johnson and we'll come out on top. Not because of anything I would do in this hypothetical fight of course, mostly because of the MMA/kickboxing/blackbelt guy.

Do you agree? If not, who are you rolling with and why?