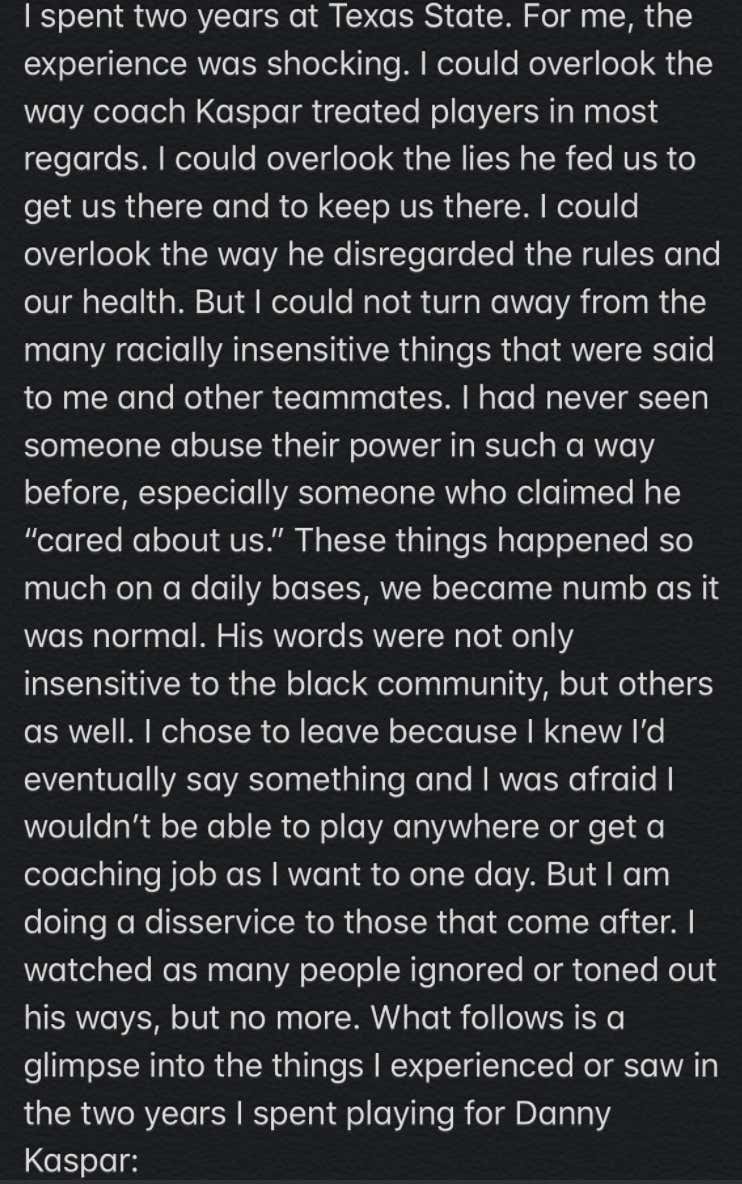 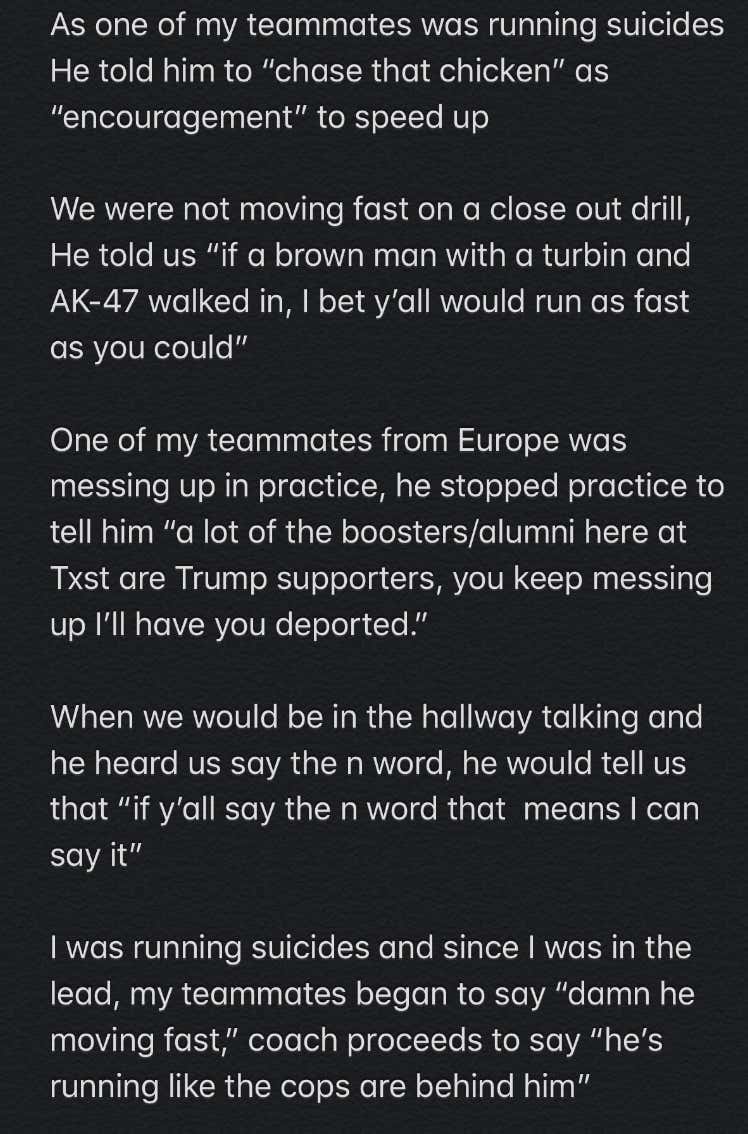 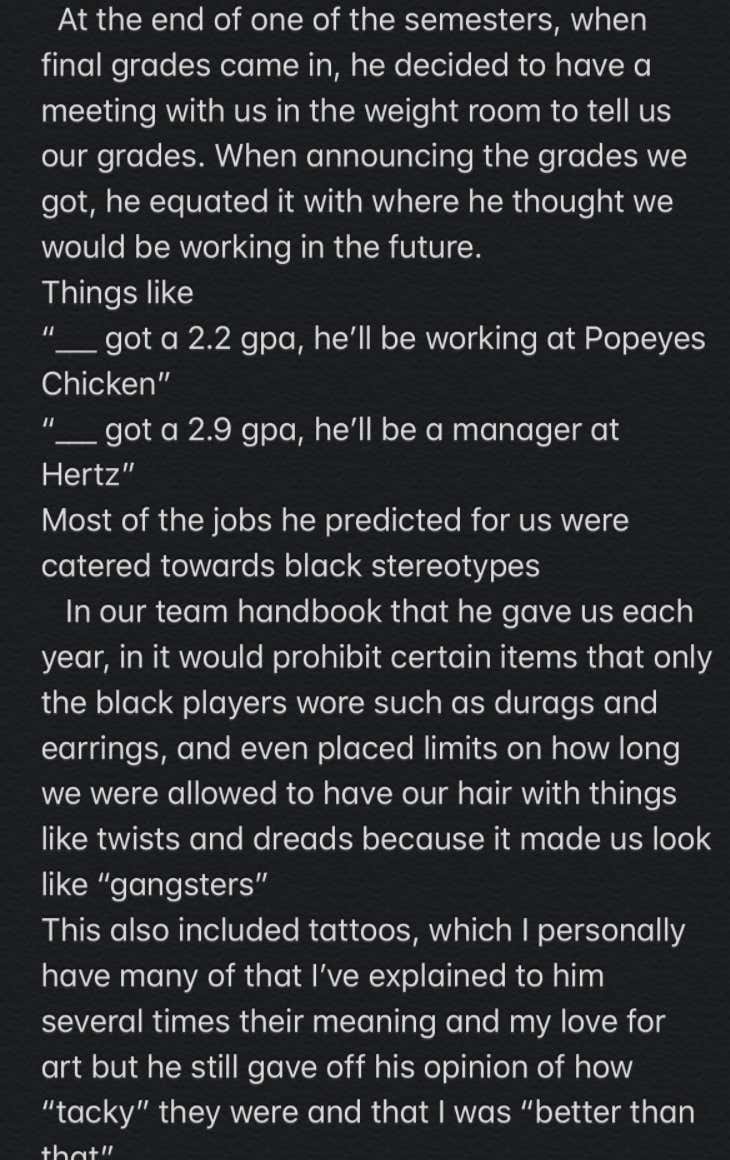 This is Jaylen Shead. He spent a year playing at Texas State before transferring to Washington State for his senior year last season. Texas State is a decent program, winning 20+ games 3 of the last 4 years. So Shead's transfer at the time as the starting point guard on a team that won 24 games and returned a bunch of people was a little shocking.

That's until you see this. This is horrendous and not the only case. A few others replied to Shead either corroborating the story or sharing a story of their own. We have Alex Peacock, Texas State's leading rebounder a couple seasons ago:

We have an equipment manager from Stephen F. Austin, where Kasper coached prior to Texas State

ESPN reached out to Peacock and he had this quote:

Alex Peacock, Shead's former teammate who graduated in 2019, told ESPN he witnessed every transgression that was mentioned in his friend's tweet. "There is no embellishment in what he said," Peacock said.

Peacock also said Kaspar threatened to use racial slurs, which Shead's tweet referenced, after hearing the team's black players use a variation of the N-word among one another.

"He told the black players that if you can use it, I can use it," Peacock said. "That's one of the ones where you're like, 'OK … no.' Those are two different meanings than when we use it."

And the most important quote to me is from Shead here about why he decided to do this now:

These are obviously significant allegations by Shead and Peacock, but it seems to be true. When you have multiple people speaking up, it tends to lean that way. Not to mention there hasn't been a statement by Texas State or Kaspar yet denying the allegations or anything along those lines.

We've seen players speak up against coaches in the last week across college sports: