Bike goofin' to the MAX.

This is one of those things that probably seems cool in the moment.. but even then it blows my mind that nobody stopped before this posted and said, "Wait... Guys.. are you sure this isn't gonna get roasted? We look like a Reno 911 episode."

I feel like even back inside the precinct this bike squad is getting goofed on hard right now as it starts to go viral.

That being said, I got a bike a couple months ago and have become obsessed with it. Can't stop talking about it (poor Chaps).. How many miles I've gone (35 in one day the other week, nbd), the big pothole (massive, dude) I swerved & avoided, going hands free down a hill (like the whole way)... Maybe have even used the Tweets above so I could start telling you about it down here. And as soon as I'm finished this dinner that really illustrates how sad and pathetic I am, I'm practicing that stop in the living room & will be trying this on the street tomorrow. 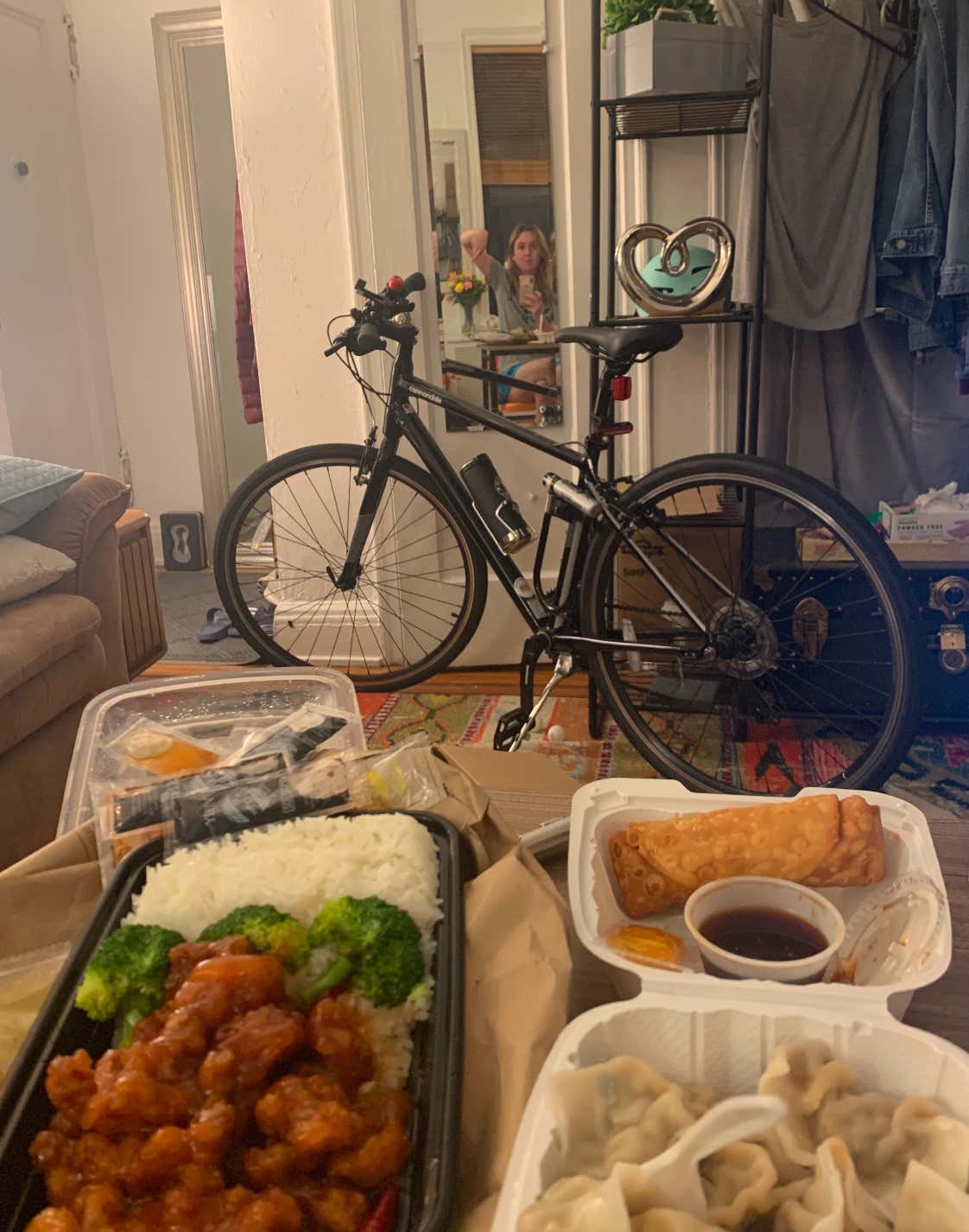 These cops needed this image burned into their minds like a fish needs a bicycle.

A pack of 25 police officers who were participating in an Upper Darby bicycle school for cops were shocked when they rode up on a man and woman having sex on a bench near the baseball diamond at Naylor's Run Park yesterday afternoon, said Upper Darby Police Superintendent Michael Chitwood.

"Imagine being arrested by 25 cops," Chitwood said."They were as shocked as the police were."

Alright, off I go.