I was watching an episode of VEEP today and a character delivered what I consider to be the meanest insult ever said on TV.

"You're not even a man…you’re like an early draft of a man, where they just sketched out a giant mangled skeleton but they didn't have time to add details, like pigment or self-respect. You're Frankenstein's monster, if his monster was made entirely of dead dicks."

Now, that is an insult. Just absolutely tearing a human being down to the core. It got me thinking, however, what is the best G-rated insult? Cursing is easy to do, and does a great job to enhance any insult, but what I am thinking about is something so mean and upsetting that it doesn't even need the boost of profanity. So I did what I always do and let my Twitter followers do most of the thinking for me. Check out the thread linked below for a LAUNDRY LIST of G-rated insults. Some of my beloved coworkers jumped in with their words of choice as well.

While I am very thankful to my pals for contributing, these three didn't make my personal cut. These are the top ten that I came up with after much consideration:

10. Nerd (Definition: A foolish or contemptible person who is boringly studious) - Nerd is by no means a nice thing to call someone, but it sits in the number ten spot on this list because of its overuse. People dress up as nerds for halloween, there are movies about nerds and often the narrative is driven that young nerds become successful adults. Would I go out of my way to be called a nerd? No. Would it hurt me deeply? No.

9. Shmuck (Definition: A foolish or contemptible person) - A ton of these definitions are similar, but shmuck hits a bit differently. A shmuck is someone who you can't trust, a person who can't deliver and has all the qualities of a scumbag or scammer, with none of the benefits of actually accomplishing something. Being a shmuck is basically being useless.

8. Dork (Definition: A contemptible, socially inept person) - Dork hurts. Dork is basically a nerd who doesn't know they're a nerd. While a nerd may have a group of nerds they surround themselves with, dorks don't even get that. To be a dork is to be a lonely nerd, and no one wants to be that.

7. Cake Eater (Definition: A term used to describe suburban spoiled and or rich kids) - Shoutout The Mighty Ducks, a movie franchise so powerful they created a whole ass NHL team from it. Cake Eater is a Minnesotan term making fun of rich people who can have their cake and eat it too, calling out their privilege. Kind of a deep socioeconomic dig for a Disney movie about a children's hockey team, but I'm here for it. Quack, quack, quack.

6. Squid (Definition: An elongated, fast-swimming cephalopod mollusk with ten arms (technically, eight arms and two long tentacles, typically able to change color) - I'm not sure when this term turned the corner from being a badass sea creature into an insult, but I'm glad it did. When I think of a squid, it's someone gangly, unathletic and frail. A human veal of sorts, but spineless. Not an ideal thing to be called.

5. Jabroni (Definition: A foolish or contemptible person) - The problem with "jabroni" is not with the word itself, but in the fact that you have to be cool to use it. If a jabroni tries to call someone a jabroni, it falls incredibly flat. It does, however, receive incredible bonus points here for the important role it plays in Always Sunny. 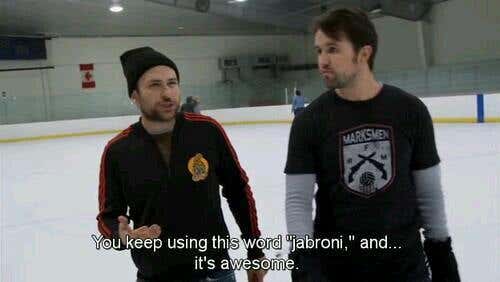 4. Buddy (Definition: A close friend) - I am including the definition here because that is the format of this blog, but we all know how different "buddy" as a friend and "buddy" as a insult is. Not only is "buddy" as an insult demeaning, it also takes a word that may mean something to you positively and turns it against you. That fond memory of your dad saying "come over here and see this buddy" on your father-son fishing trip? Ruined. Turning positives into negatives is the space in which the best insults operate.

3. Clown (Definition: A foolish or incompetent person) Calling someone incompetent is mean because you aren't really saying they're bad at one thing, but rather anything they try their hand at. Being called a clown while not actively acting like an an actual clown deeply hurts. The entire purpose of a clown is to embarrass oneself for the pleasure of others. Doing that while not even trying to is very bad, and a terrible thing to be called. 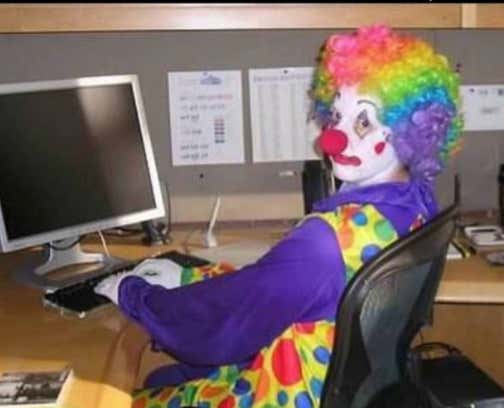 2. Bozo (Definition: A stupid, rude, or insignificant person, especially a man) - Bozo is another Ronald "Mac" McDonald (spoiler alert) special. A word derived from Bozo the Clown, the clown of all clowns, it is someone who is a super clown. Not only do you routinely unintentionally embarrass yourself for others' pleasure, but you are the best at it. Being called a "bozo" is not easy to come back from.

1. Loser (Definition: A person who fails frequently or is generally unsuccessful in life) - Loser is a simple term. While it lacks the fanfare and luster of some of the terms lower on this list, it delivers on just being plain mean. A loser does just that, loses. While you can be a bozo sometimes, a clown at others and maybe even a jabroni on occasion, once you get the reputation of being a loser it is indefinite and unshakable. Losers are losers 24/7, and that is just no good.