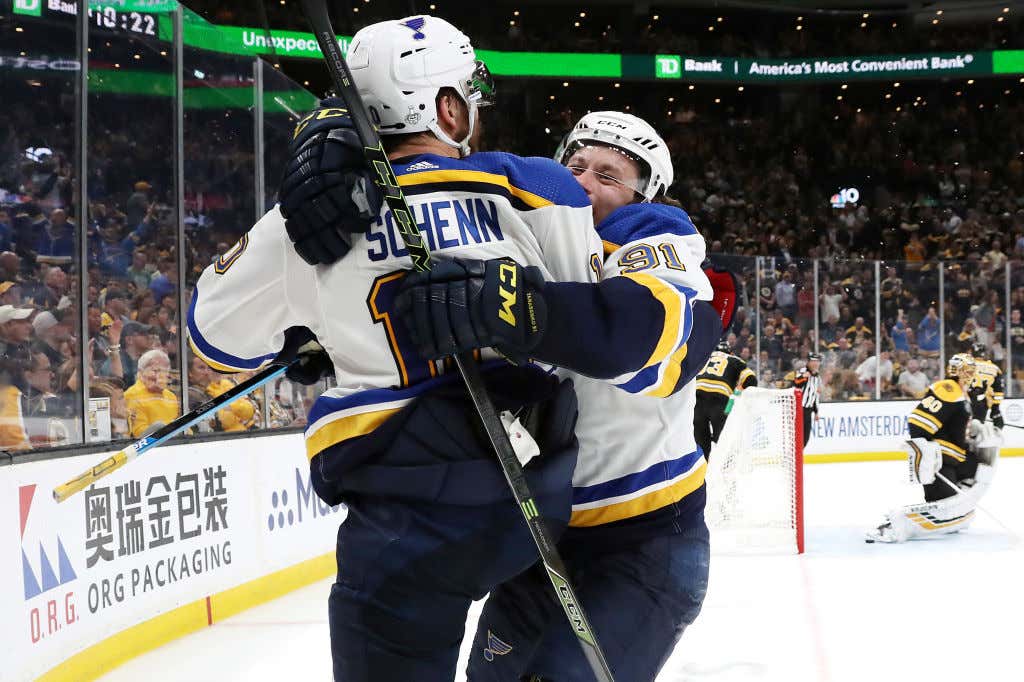 I don't think there was any doubt that if the NHL was going to come back to finish out the 2019-20 season, that they'd have 7-game series in the playoffs. Everybody is already being a big enough pigeon about the whole "well whoever wins the Cup this year is going to have an asterisk next to their name forever" already. Which I don't even understand. Like no matter what, somebody is going to win the Cup this year so does it really matter how they got it? How often do people bring up the fact that the Blackhawks should have an asterisk on their 2013 Cup? Hardly ever. If somebody is going to win it anyway, then who gives a shit about an asterisk? A goddamn global pandemic came in and shut the entire world down for months, I think it's okay to still treat a Stanley Cup Champion the same this year even though they played 12 fewer games. But I digress.

The point of this blog is that game 7s are going to be back in our lives and we should all be extra horny about it. There are very few feelings in the world better than waking up in the morning and knowing there's a Game 7 waiting for you that night. The anticipation builds all day. If your team is involved in said game 7, it's a rollercoaster of a day. You start off with so much confidence as soon as you wake up. You get your day going and after a few hours, the doubt starts to creep in. You start to think that this could really be it and that the season is over. By lunch, you're back to matching up the lines in your head and breaking the whole game down shift by shift. You figure there's no way your guys lose their matchup and as long as you don't take too many unlucky bounces, it's a guaranteed W. Then the doubt creeps in again, then the confidence, then some more doubt, then confidence again, and by the time the puck is about to drop you just end up puking all over the place. It's amazing. It's the greatest rush in the world. You know that by the end of the night you are either going to feel invincible or you're going to feel like dying. And even if your favorite team isn't involved in the game, it's still great to see the intensity and just how much more each shift counts in a game 7.

So now we get those back in our lives over the summer? You mean to tell me I can spend all day on the beach gassin' beers, have the squad swing through to fire up the grill and gas even more beers, pull the TV out to the backyard and have a game 7 to watch while it's still 80 degrees at night? Can you imagine just how hard the boys will be buzzzzzzzin? Sounds heavenly. I mean sure, you could still do that in June depending on where you live but you never know with the weather. And considering the Flyers will be in the Final, the only weather that really matters right now is Jersey Shore weather so don't even start to give me any shit about how you can do that the entire season in Tampa.

Oh, and the re-seeding thing is also pretty sweet I guess. Here we go, boys.