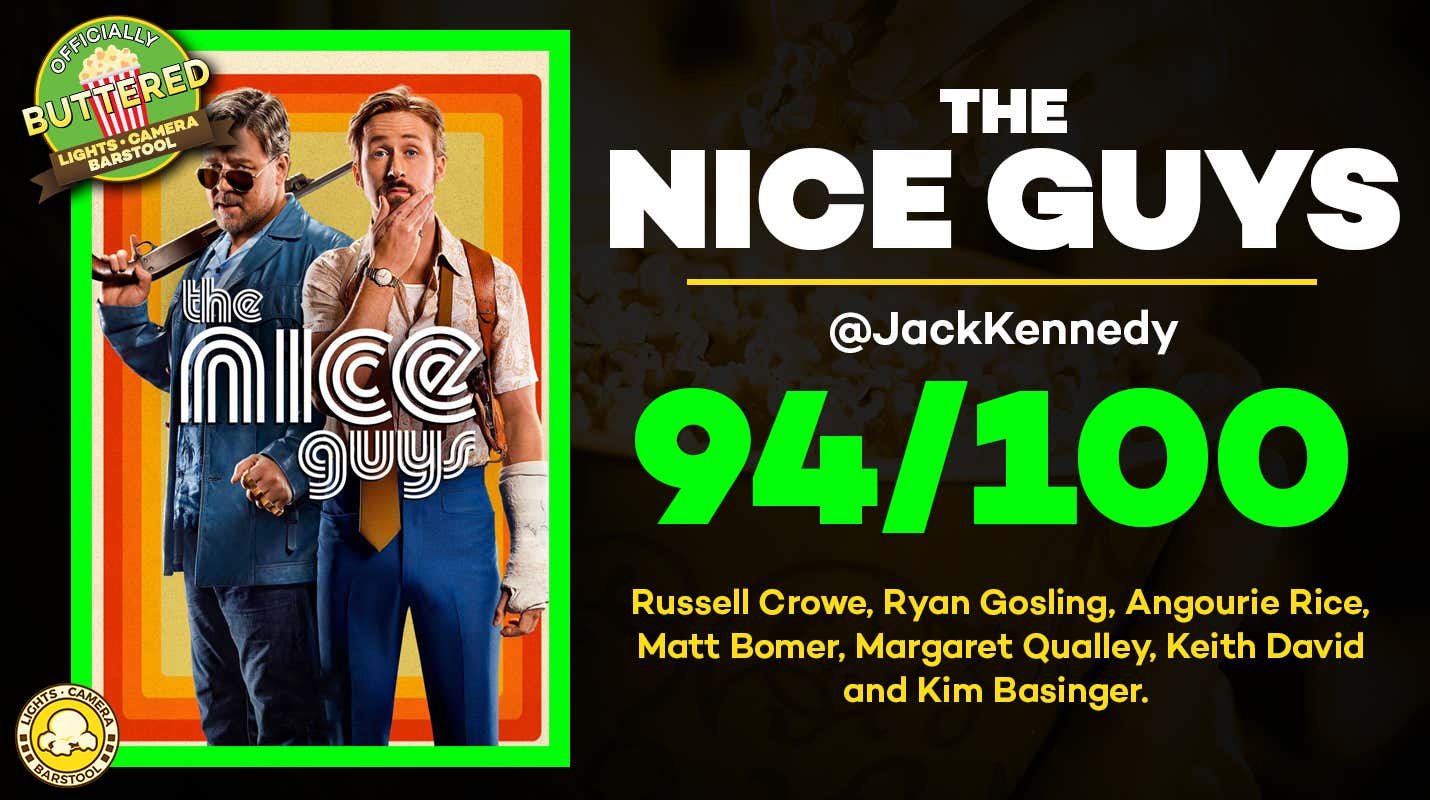 Synopsis: Holland March (Ryan Gosling) is a down-on-his-luck private eye in 1977 Los Angeles. Jackson Healy (Russell Crowe) is a hired enforcer who hurts people for a living. Fate turns them into unlikely partners after a young woman named Amelia (Margaret Qualley) mysteriously disappears. Healy and March soon learn the hard way that some dangerous people are also looking for Amelia. Their investigation takes them to dark places as anyone else who gets involved in the case seems to wind up dead.

Link to watch on HBO here

What I love so much about this movie is that even though it’s a sort of complicated plotline, it still feels very effortless to me. In fact, "effortless" is the key word for this whole review.

What makes the humor so effortless in the movie is not only the Shane Black script, but the absurdly good chemistry between Crowe and Gosling. Let's rewind  to 2015. When I hear the name Russell Crowe and I think dramatic, serious roles and his off camera stuff. I hear Ryan Gosling and I think dramatic/romantic movies and People's sexiest man stuff. Never in a million years would I have imagined these guys had the chops for a comedy like this, but they had such a great chemistry that started off-camera and bled into the movie.

I also really enjoyed Angourie Rice as well because kids can sometimes make or break a comedy for me, but I think Shane Black played to her strengths by having her be more of a straight man to counter the goofy duo. It reminds me a lot of The Other Guys except it is a little less goofy and a little more focused on telling an actual story. For me, it’s easily one of the funniest movies of the past decade and a must watch comedy.

If you want to hear the full review with Trillballins, Jeff and I (and top 5 duos draft), you can listen here: