I'm not exaggerating when I say that I always have and always will love McDonald's. Anyone who knows me knows it's been like that since day 1. Some of us are just born winners.

Which reminds me. Completely unrelated to the power rankings but I was out at a bar maybe a year or two ago having a couple cold ones with the boys. It was some bullshit Corporate America happy hour at some marginally upscale bar in a marginally upscale part of town. Basically a bunch of guys in dark jeans and chinos with blazers and leather bags. Open tabs were everywhere. Long story short I end up meeting the guy who pitched the original $1 Value meal back in the early 2000's. Some big swinging dick who got an MBA then cut his teeth in the McDonald's analytics department until he struck gold with the Dollar Menu.

I know people say you never want to meet your heroes but this was different. I was absolutely starstruck. How do you even show someone like that the right amount of appreciation? There was a time from like 2002-04 when I near-exclusively ate McDonalds' Dollar Menu double cheeseburgers funded with an old speed pass my dad thought he lost. 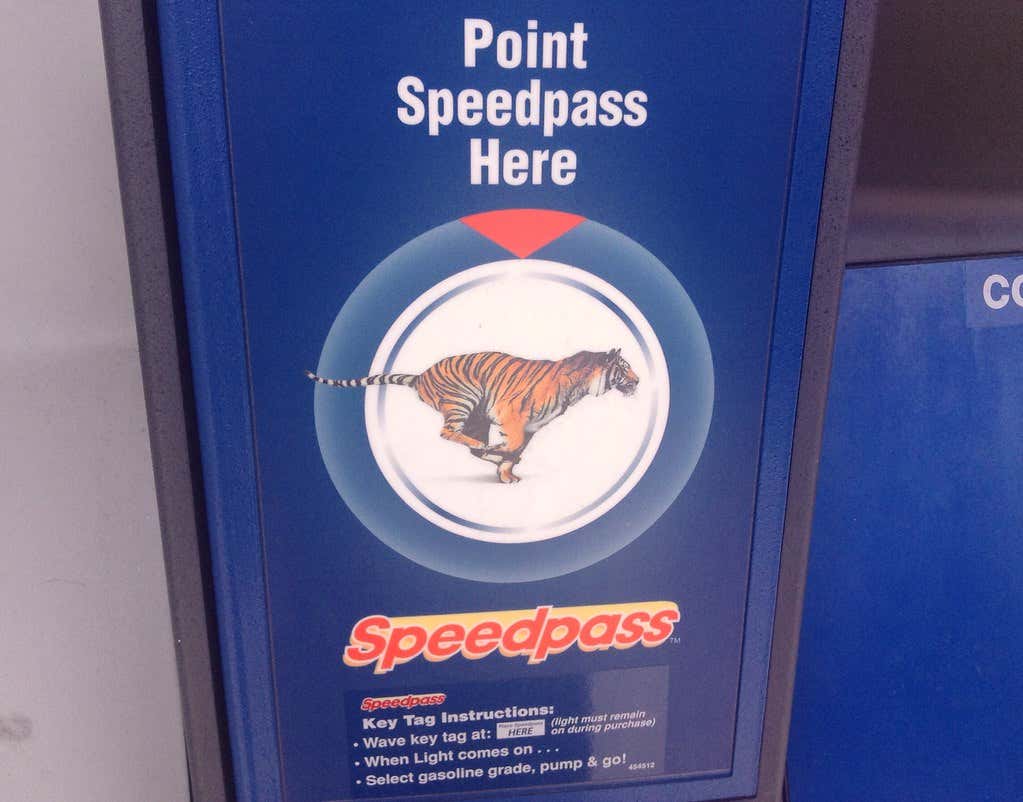 Yes, there was a time in this country when you could put 40 gallons of unleaded into a Chevy Suburban then turn the corner and get 2 double cheeses, a fry and large coke for $4.28. All you needed was this keyfob and a couple older brothers to blame and you were golden. 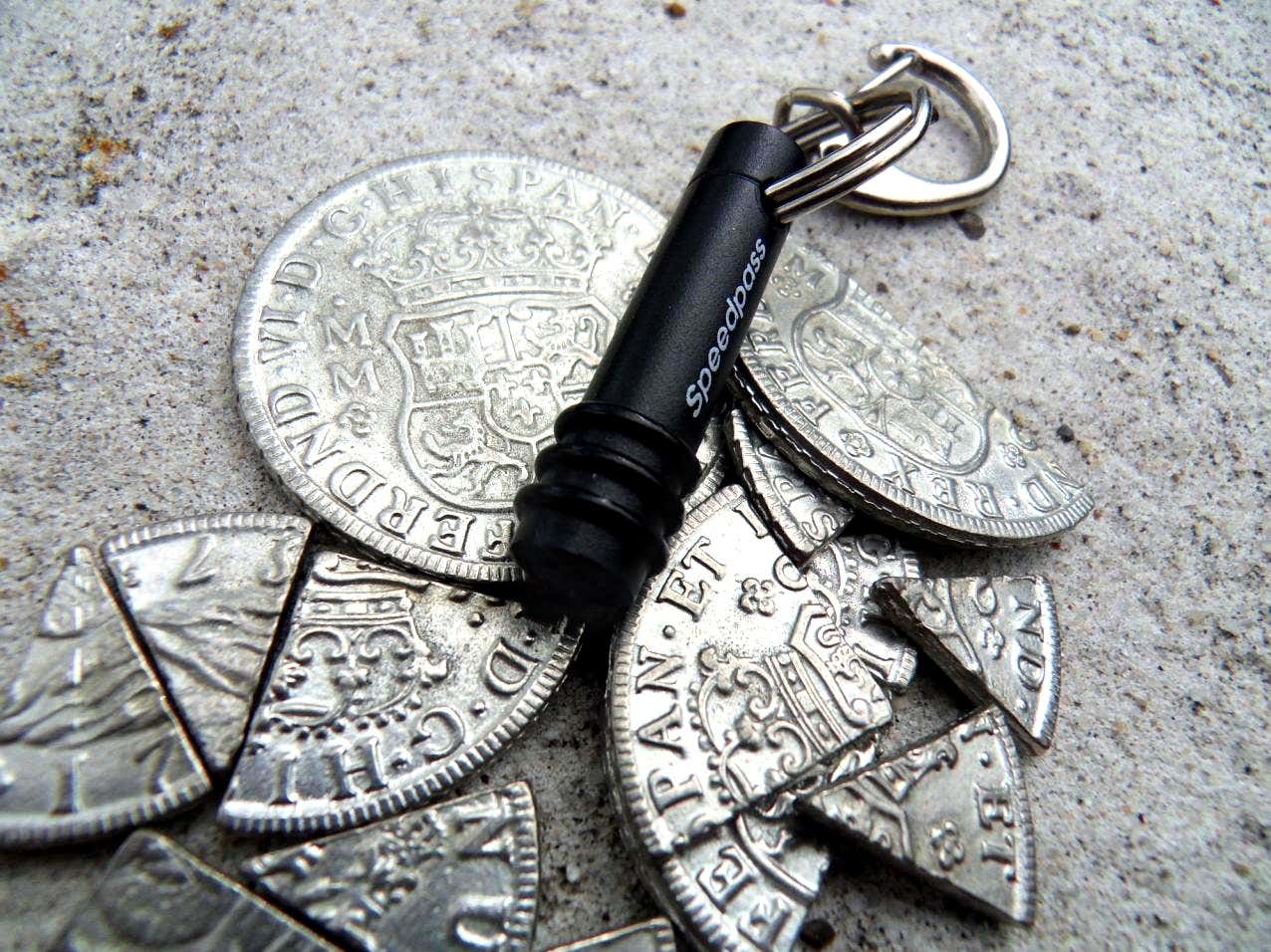 Needless to say I'm well versed in McDonalds' flavor profiles. Taking it one step further you could even argue that I have a specialization in dipping sauces, which brings me back to the original tweet and the purpose of this blog:

I said that looking for valid criticisms but never thought you guys would hone in on Sweet n Sour. Like I honestly and sincerely didn't see that coming. I was prepared to fight for a medium over a large. For no fries when I can't immediately sit down and pound my meal. For the single cheeseburger over a McDouble. For a 6-piece and not a 10. These are battles I have trained and prepared for my entire life. But never in a thousand years did I see the S&S hate coming. Credit to you guys for keeping me on my toes.

But also credit to me because I refuse to break my individual wants and needs. I was born into the House Of Sweet & Sour and I will defend that House until I die.

But to be fair there's 5 other "Officially Designated Dipping Sauces" offered by Ron and the crew. I understand these 5 sauces contribute to the strength of the organization and routinely find playing time. To be clear: I RESPECT THAT ABOUT THESE SAUCES. A lot of people see a blog like this and think it's a Hit Piece or a Take Down. It's not. It's recognizing which sauces perform better than others, so don't get it twisted.

Instead, get it dipped.

6. Creamy Ranch: There's so many good ranches that McDonald's will simply never compete in the Ranch Division. You just can't do it on an international scale. That said, the McDonald's ranch is virtually invincible against temperature variations and no one talks about that. Pisses me off because everyone loves a slight chill to their ranch, but then you could leave a McDonald's ranch under the front seat of your car, then park that car at a golf course under a blazing sun for 5 hours, shoot a 94 (couple pars on the back 9 tho), do that thing where you sit around the scorecard after your round for 30 minutes with your buddies and drink one John Daly, then go back to your car and its internal temperature that is now well north of 115 degrees Fahrenheit. Upon getting in your car you see a ranch pack near the gas pedal. You pick it up. The plastic is hot as fucking balls. There's a couple french fries left in the bag. You're a savage and you can't help yourself. You unseal the ranch packet and dip the fries so deep that the ranch glazes your thumb, but you don't mind. That's the cost of doing business when you get to the last 20% of your fries. You suck it off on your way to housing the rest of the bag. Remarkably, the ranch holds.

I SAID THE RANCH HOLDS

You could take a fucking blowtorch to McDonalds' ranch and still stay below room temperature. The science alone is enough to go down in history. But practically speaking I just can't put ranch any higher than dead last. I know it's reliable but we're playing for a goddamn championship here people. In the end it's going to be the talent that makes the ultimate difference.

5. Spicy Buffalo: Similar to ranch that you can always find a better buffalo and generally speaking temperature is a non issue. Although to be fair, if left out long enough the Buffalo will thicken. Something about the way natural air interacts with unnatural food but I can't say for certain due to an elementary understanding of the chemistry. Regardless - the consistency out of the package is awesome. It's coating ability is probably the best on the board but it's also a salty coat. Call a snake a snake. They go extreme on the Buff but they have to. You can always put a little less on your nuggets but you can't put more heat in the sauce. Never forget that.

4. Honey: unique packaging. Old school feel. Taste holds up to even the best competitors in the honey industry and you always got an extra packet because they were smaller. That said, you have to bypass a lot of common sense to go Honey as your primary dipping sauce which is tough, but also gives me a lot of respect for honey guys. Personally, I grew up on honey and I'm not afraid to admit that I was a pussy for the sweet stuff. To me it just made a lot of sense. Ultimately I evolved into other flavors but honey was the first one to my heart. Like your high school sweetheart going to Eastern Illinois for a semester though, sometimes you gotta know when to say goodbye and move on. Although to be fair I like to go back to honey when I'm feeling dangerous. So if you haven't texted your ex girlfriend in awhile, maybe now would be a good time so you guys can huddle up during Phase 4. Always play the long game.

Elsewhere, credit to honey for being an OG and still hanging around. It's got way more seniority on Ranch and Buffalo. Also, there's minimal Spill Risk in the short term. You knock over some honey, you have time to respond before shit gets everywhere. HOWEVER, if you don't respond quickly then you have the worst mess out of all of these sauces. Remember that trade off when Junior orders his first happy meal.

3. Honey Mustard: Now we're onto the big boys. The top half of the rotation. Honey Mustard is going to give you 200 innings and keep the ball in the park. Maybe not the guy holding the trophy after Game 7 but let there be no doubt that Honey Mustard is a critical component to getting you there. Huge team guy that's willing to play well with others. Very aware of his background as a predominant mustard with strong honey influences. Consistency is like the rest of his teammates but the taste puts him in a unique skillset category. Think of a catcher that can steal bases. Or a 2nd baseman that can hit for power. There's this atypical appeal to honey mustard where it doesn't sound like it should work, but then you see it play and it just makes sense. You have to work harder to sell it to the rest of the organization at first, but once experienced, you need it all the time. Reminds me of Jason Kendall or Jeff Kent. The stubborn sensitive types may not love it but If You Know, You Know.

2. Tangy BBQ: This is the toughest fight I've been in awhile but not internally. I don't have any doubts about my 1-2 combo here but I know there's going to be a lot of pussies coming for me so let me get this off my chest real quick: FUCK YOU. Tangy BBQ is very good but it has MAJOR limitations. Most notably, it's the most competitive divisions in sauces not even close. It's the goddamn SEC of dipping sauces. They play so fast and strong in the BBQ division that to legitimately be a title contender you need to have a bonafide PROGRAM.

That said, McDonalds' Tangy BBQ has a lot of Big-12 spread elements to it that's so hard to defend. Like when Texas A&M first got moved to the SEC and Johnny Manziel fucked everybody up. There's some wrinkles in how sweet it is and the packaging that can make you think it's at the top of the game. That they can routinely hang with the blue bloods and compete nationally. But the reality is that Tangy BBQ lacks depth and toughness and all the stuff that makes good teams GREAT. Buttttttt the name and the tradition and the general excellence keeps you coming back year after year. Spoiler #2 - Bear Bryant aint coming back.

1. Sweet and Sour: I feel strong enough to fight you over this, whoever you are. That's how much I love Sweet & Sour and I'm no dummy. You can't get this kind of quality in a Michelin rated restaurant much less your grocery store so spare me any arguments on quality. When Sweet & Sour takes the mound, you know 100% there isn't another pitcher in the league with his stuff. Maybe it's not 98 with a power curveball, but S&S commands all its pitches and knows how to change speeds. Cutter, sinker, slider, changeup. The whole fucking bag is in play with Sweet & Sour which you can't really argue about 2-6 here.

To me, the controversy simply rests in that so many people refuse to come off BBQ and give it a try. So many younger consumers want Buffalo and Ranch at the same time. People regularly defaulting to Honey Mustard out of caution and convenience. All the while Sweet & Sour quietly puts up another monster season of satisfying global customers while getting a fraction of the recognition. And does Sweet & Sour bitch about it? Complain to the media or take days off? Absolutely not. It's there every day, ready to go 7 quality innings to help the team win, and it's about time you start ordering it.

Does these rankings suck? Let me know