Yesterday KB and I sat down and ranked 5 things we personally wish did not exist. Going in, I was confident in my list, and hoping KB would compile one to match, creating a stimulating conversation. My prayers were answered.

Below is a breakdown of each selection.

Cons: They are soldiers who are children

Cons: Deceptively large on a mercator projection map, when in actuality, about the size of Kazakhstan

Cons: Too sensitive, not compatible with Aries or Libras

Cons: Not as permanent as glue, not as effective as tape

Unfortunately, as you can see in the video, KB stormed off to mens league before we could discuss the winner of the list-off. He also refused to have the graphic with no context posted online, with no explanation other than mumbling the words "juxtaposition", "that kind of list", and "cancelled". 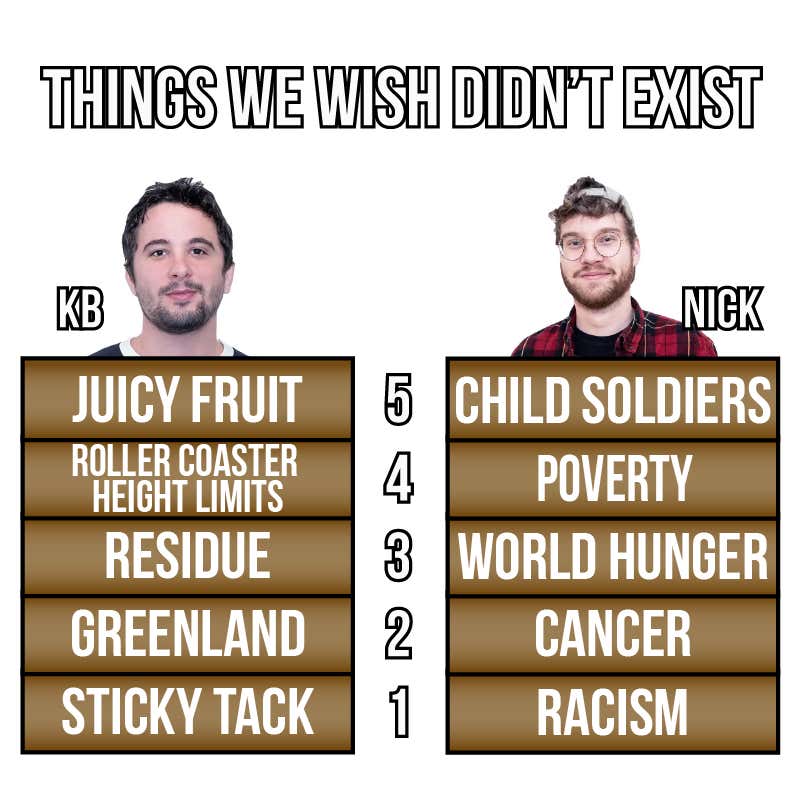