Yesterday, Dabo Swinney held a press conference to give his thoughts on what's happening across our nation. The result was very Dabo like:

You can listen to a 7-minute clip above of Dabo's full thoughts. Former Clemson player Kanyon Tuttle wasn't a fan of them:

Kanyon Tuttle played for Clemson after he walked-on to the team in 2016. Before Clemson, he played at South Carolina State, an FCS program.

This accusation from Tuttle is significant and it does appear to be true, as it has been backed up by former teammates. 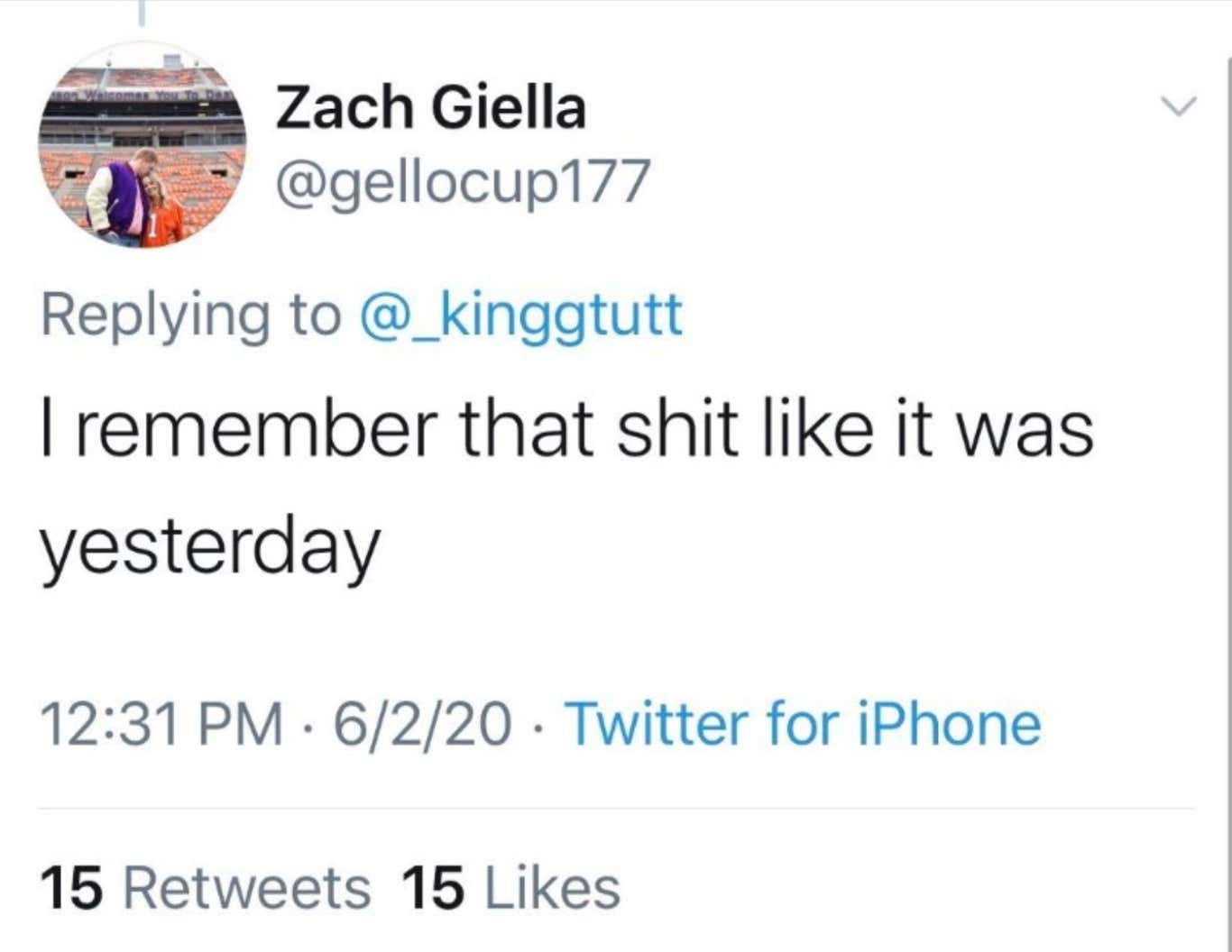 Dabo's past comments about Kaepernick from 2016 are being brought up as well.

Dabo has walked back his 2016 opinion and called it a "harsh statement."

Dabo isn't the only coach that is being called out by former players.