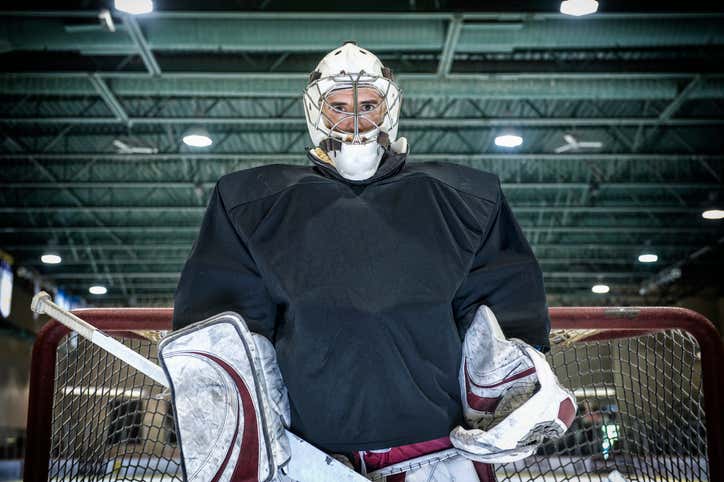 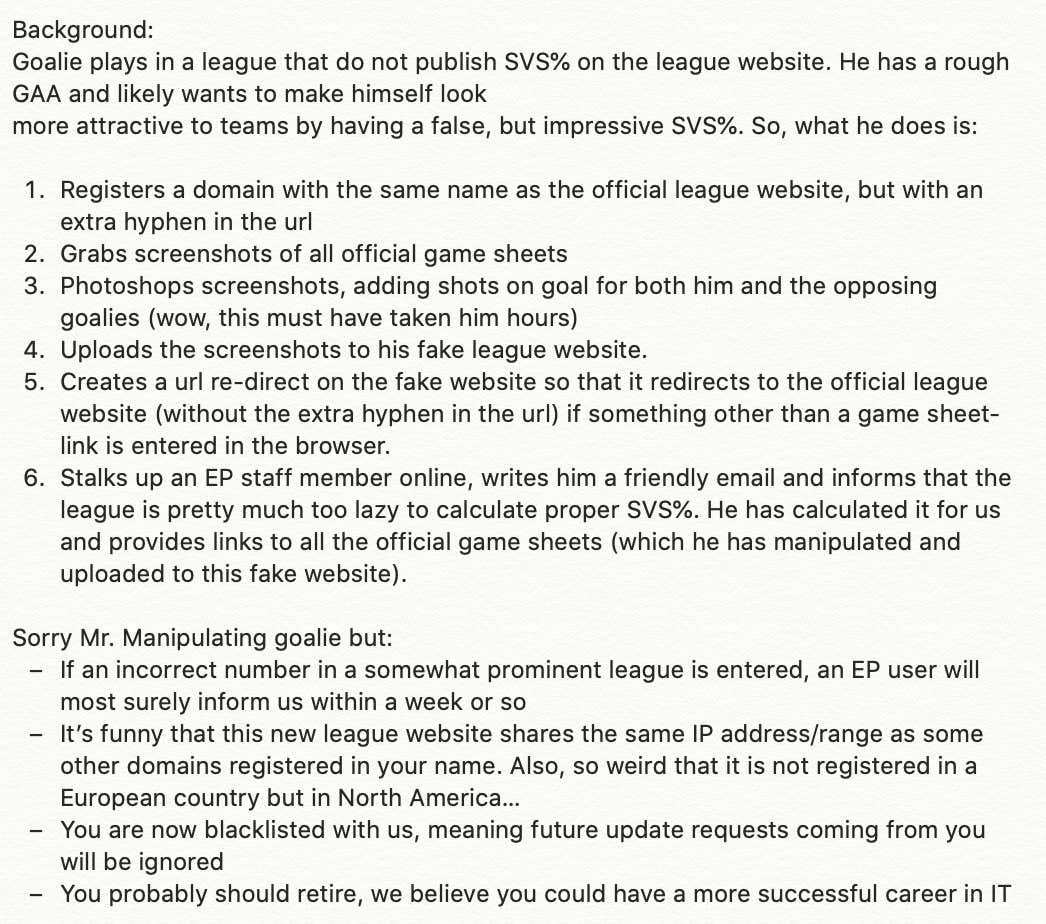 And that, my friends, is exactly what we mean when we say that goalies are out of their goddamn minds.

I know how tough it can be for some guys to give up the dream. You lace up the skates for the first time as a child and you dream about playing in the NHL one day. As some years go by, you start to realize that maybe the NHL isn't in your future, but you still want to see how far you can take your career. And a few years after fizzling out of either juniors or NCAA or even some low level pro leagues in Europe, most guys eventually come to the realization that their career has reached its peak.

Buddy over here is going to spend his entire life trying to get to the show. Even if he needs to pull off one of the most insane stat heists the world has ever seen. Desperate times call for desperate measures. And if you're playing in a European league that doesn't even keep their own stats, that is some seriously desperate times.

And I'm cheering for him. Anyone who is willing and able to put this much effort into building up those stats deserves to at least be an emergency backup goalie one night. Talent alone clearly won't get him there but you buy up enough URLs and photoshop enough scoresheets? You deserve to record at least one stat as an EBUG, even if it's 0.00 sv% and 5 GA.