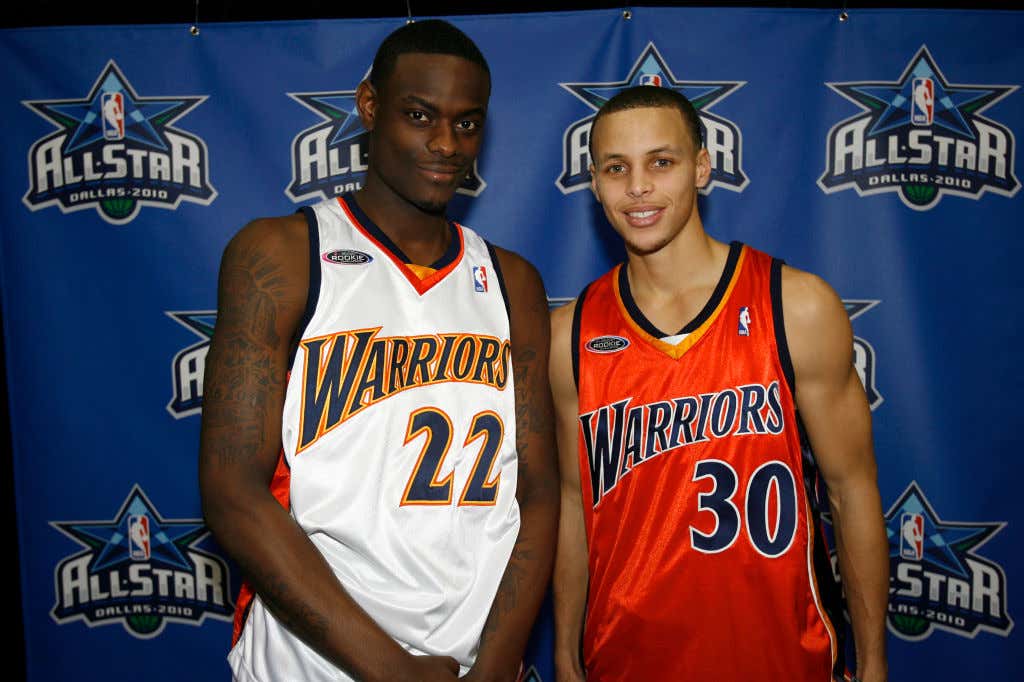 Steph Curry has a lot of nicknames that maybe you've heard before. There's Baby Faced Assassin, Chef Curry, The Human Torch, Threezus etc. All of those are pretty good in my opinion. But apparently Steph had a nickname that many might not know about, given to him by Anthony Morrow during his rookie season in 2009. On a recent podcast called "The Life Podcast", Morrow brought this nickname to light

"I had a nickname for Steph when we were with the Warriors -- his nickname was 'Middle School Shawty,' " Morrow said. "He played carefree like he was in middle school, but it was effective.

Middle School Shawty. How has this never been brought up? As someone who works on the internet and follows this league to the point where it's a bit of an obsession, I can honestly say I've never heard that before and I feel like I'm not alone. Remember, 2009 was before Steph really became the Steph we know now where he basically could do whatever he wants and shoot it from wherever his heart desired. It would be another 4 years before he made his first All Star team, but I would say Morrow's description of Curry is pretty spot on.

I think that's what makes Steph so fun to watch, he plays free. Granted you or I were probably never allowed to play how he does in middle school, but for most of us that was a time when the enjoyment of playing basketball was in its purest form. Nothing better than spending your entire weekend at the local JCC doing nothing but playing pick up with your friends. That was my entire life during my middle school years and when I truly fell in love with the game.

I'm still fascinated though how we've never heard this nickname for Steph before. It's not even listed on his Basketball Reference page! That's unfortunate. We've heard the Chef Curry call during broadcasts and it's a damn shame we never heard Mike Breen unleash a Middle School Shawty call. In fact now that we know it exists I demand it happen in the 2020-21 season. Considering Curry has been in the league for 10 years and we are just now learning about this, I feel like it's only right to make up for lost time.

Now was this all just an excuse to post a bunch of awesome Steph Curry highlights? Partly, but sometimes you need a distraction and for my money nothing does the trick like getting lost in some Middle School Shawty (see what I did there) highlights