This is the Sunday Sermon. I hate that I'm writing about this but here we are. Death. Grief. Mourning.

On Thursday I turned 34. Before I even opened my eyes that day, I had a text on my phone from my mom that said:

"Grandma got her wish to be out of pain... on your birthday. Her love can be something you remember every year on your special day...you guys had a special bond (triple heart emoji)."

And as my world changed for good, each happy birthday text was a poke at the loss. "Do I tell them? Do I just respond with an emoji back? Do I leave them on read?" It was all so overwhelming.

I know she was ready. She was 86 and had cancer. I was worried it was coming at any time given that her health seemed to be much worse every time I spoke with her and that the last time we FaceTimed (a week ago) she said she was done and wanted to be out of pain.

But that's all academic. That's what grief experts say is "bargaining" or "denial" of the loss I've experienced. The truth is that no matter how ready she was, I wasn't ready at all. Well, I mean it was a relief that I knew I never had to worry about receiving that call anymore, but in general, it shattered everything. And then, numbness. And then intense pain. And then, "fuck well that makes birthdays a little more complicated" and then "oh I get to celebrate her life the day I celebrate mine" and so on.

All I could think about was how I just FaceTimed her. How I just showed her my tattoo and Emma running on the beach chasing a tennis ball. How I pushed the buttons to screenshot our interaction and wondered why I was doing that. It would be the last time I'd see her. It would be the last time I'd hear her voice. She was snarky, she was lucid, she was funny, she was loving. She told me how much she loved me and how she never wanted to be forgotten. 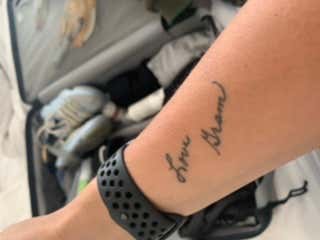 She made sure that would be fucking impossible, didn't she? 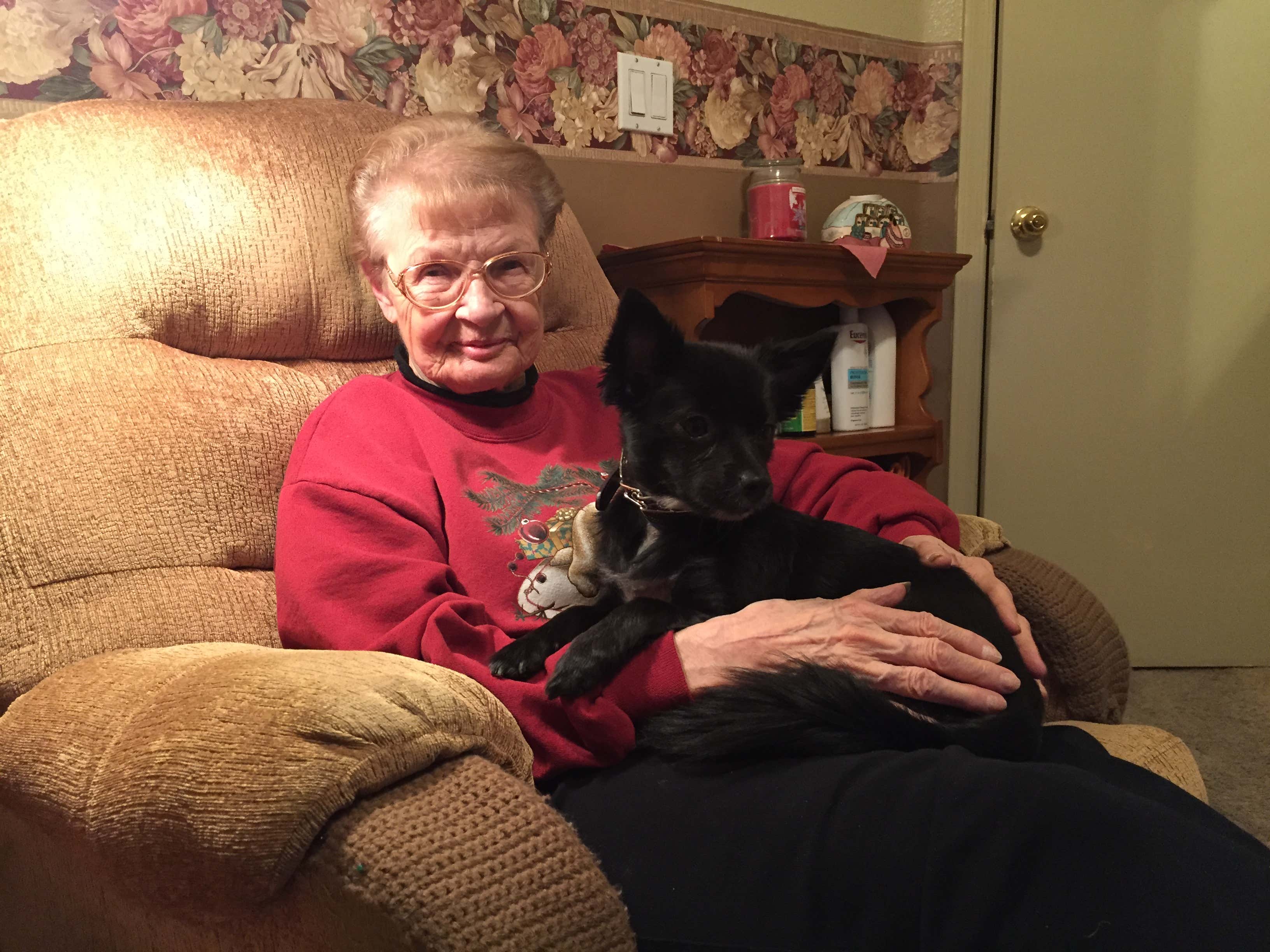 I'm joking about it because I don't really know what else to do. I've always processed difficult things in my life by making fun of them and in some ways, my grams did as well. This is no different except for circumstances make it really, really different.

As this was all going on, the world was burning for another reason. George Floyd, an unarmed black man was killed by a police officer, a person hired to protect him. 8 minutes of his knee to this man's neck as he begged for his dead mother to come and save him. He pleaded for his life. He said he couldn't breathe. And then he died. At the same time, Breonna Taylor, a black woman and EMT fighting Coronavirus, was shot and killed by officers in her apartment.

This all happening on the heels of the murder of Ahmaud Arbery, a 25-year-old killed by a former officer in Georgia when he was out on a jog.

On social media, I watched news story after news story. Protests, riots, looting in cities all across the country. The conversation became LOUD online. There were more people that look like me who seemed to have reached their breaking point than I had ever seen before. Friends of mine in these cities that protested said the demographics showed as much at the rallies as well. Even my colleagues, who usually stay straight down the middle and mostly avoid politics, were talking about it on the radio and were speaking out on social media. They made me proud.

People out in the streets, ANGRY. For good reason. People were murdered for no reason. And it's been happening for a very long time. Some people that look like me (not all of course) have downplayed these atrocities in the past. They've deflected away from the central issue.

Here are some of the "highlights" you might see online.

"How do we know the officer wouldn't have done that to a white person?"

"Have we seen all of the tape?"

"Maybe he shouldn't have broken the law"

"Not all police are this way."

"Why do we have to say, Black Lives Matter? Why not ALL LIVES MATTER?"

"What does this have to do with race? I don't see color."

"Aren't you being racist when you say you hate all racists?"

I certainly didn't have the emotional energy to chime in on Thursday or Friday. I had personal grief to wade through. More death, more sadness, was not healthy for my mental state. And you know what? I felt guilty. I felt like I was too silent.

This, as many times have in the past, of course, seems like a seminal moment in American History. Could this possibly be a time where we see a change to the system? Am I staying on the sidelines and being part of the problem?

But given that I was going through my own personal loss, I saw this differently than I ever had. As a group of people grieving the loss of someone they didn't know personally, but recognized that could at any moment be them or a loved one. You could leave your house alive and never return home because you had a suspect looking 10 dollar bill. You could be AT home at any time and cops could break the door in and gun you down as you Netflix and Chill. We share the same feelings of anger, sadness, and numbness. The difference is that my grams died from natural causes and without pain, not out in the streets, with a knee to her neck while the crowd screamed to save her from a reckless and violent officer of the law.

So I write these words, knowing that I have no answers. I don't know what's to be done. What I do know is that what the vast majority of what we are experiencing right now collectively is grief. Grief comes and goes in waves, and each murder of a black person -- each brutality -- reopens a wound that reminds you of the prior loss. It's a wound that's never been allowed to heal, no closure, no moving on. The initial shock of bereavement becomes a constant emotional state. The constant anxiety and anticipation for "the call" and the depression that comes from the certainty that it will.

I called my best friend Alice this morning to ask how I could help to be a better ally. She told me to use my platform. She told me to communicate that even just calling our friends of color to see how they're doing right now can be helpful. She told me to have the uncomfortable conversations I have with her -- with my fellow white friends and the Barstool audience, and let the chips fall.

And so I will. Will Compton said it perfectly earlier in his blog; now is the time to listen, be slow to speak, and seek to understand, and for those who have the privilege, represent for the underrepresented and use our voice to be an example.